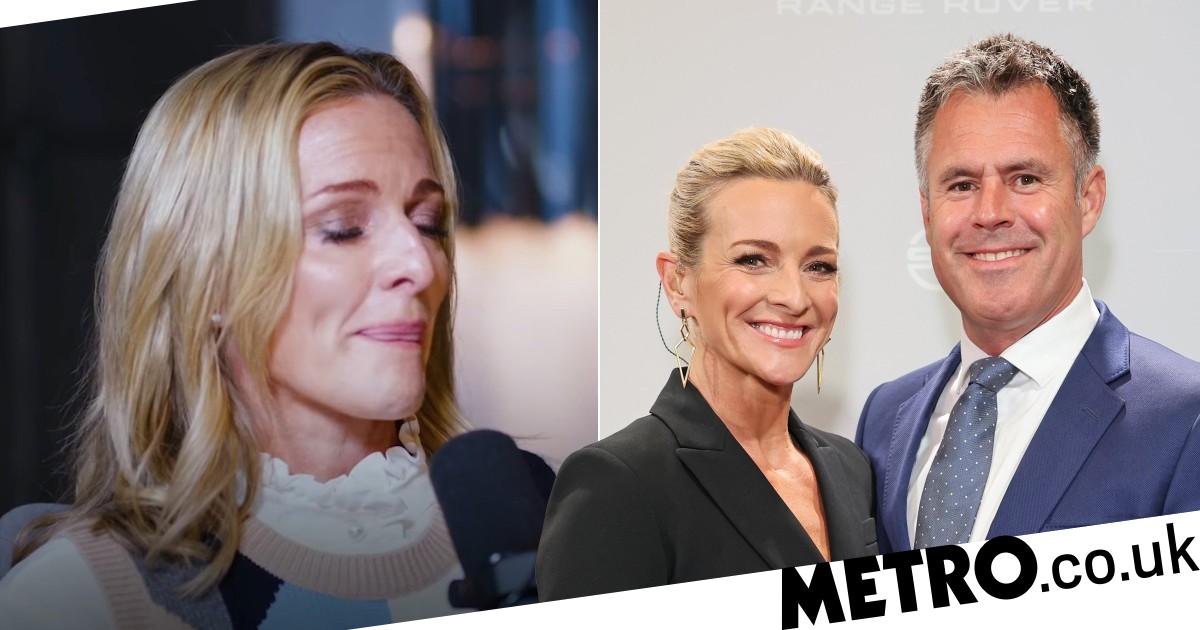 Gabby Logan has paid an emotional tribute to her husband Kenny Logan, who was diagnosed with cancer this year.

The Sky Sports presenter, 49, married Scotland rugby star Kenny, 50, in 2001, and the pair went on to welcome two children together.

In September, Kenny revealed that he had been diagnosed with cancer and had undergone surgery to remove his prostate, after Gabby had urged him to get it checked.

Speaking on BBC Breakfast with Gabby by his side, he said he was feeling ‘90% back to normal’ after the surgery, adding he felt ‘extremely lucky.’

Now Gabby has recalled the moment of his diagnosis and the days following in an emotional interview on the Diary of a CEO Podcast.

Speaking to host Steven Bartlett, she said Kenny’s urologist was ‘brilliant,’ and expertly communicated their options to them.

‘Once we’d got over the initial shock we just kind of focused on it as a project that we had to deal with,’ she said. 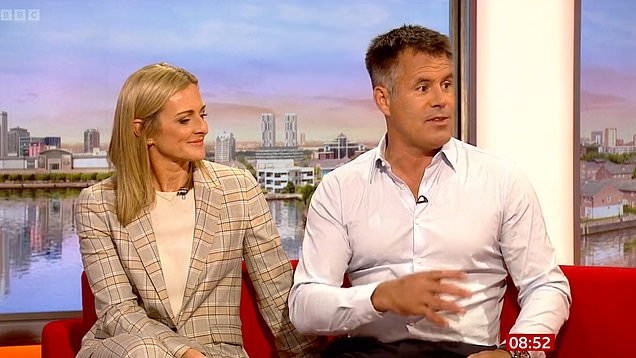 Describing him as her ‘rock,’ Gabby began speaking about the early days with her now-husband, recalling how a friend teased her for not being able to stop talking about him.

Her voice shaking, an emotional Gabby went on: ‘I knew I wasn’t going to lose him. He’s a great man. And I couldn’t have ever wished for anybody to share my life with who’s better.’

Reflecting on her life before she met Kenny and how she had been in a ‘negative phase with men,’ she said: ‘I thought I perhaps didn’t deserve someone like Kenny.

‘And I’m glad that I decided I did because timing is everything.’

She explained: ‘When I met him, if I had been that person, I wouldn’t have called him. Because he would have been too good for me, too nice for me.

‘He’s been the most brilliant supporter, he’s so positive, he’s so encouraging, he really believes in me and gives me such enormous strength.’

Kenny and Gabby had previously appeared together on the BBC news show to describe the procedure that led the rugby player to be diagnosed with cancer, and urge other men to get their prostates checked regularly.

‘I went to get a wellness check, I got the wellness check, sat down with this guy and he told me, “Everything’s fine, your hormones are fine, but your prostate’s high, your PSA’s high,’ Kenny told Sally Nugent.

He followed instructions and had his prostate checked, and within ‘three or four months’ had a biopsy on the area.

‘And then this year, February 7, I was diagnosed with prostate cancer,’ he said. ‘Which was a huge shock.’

Kenny added that he could choose between radiotherapy (a treatment where radiation is used to kill cancer cells), brachytherapy (a type of internal radiation therapy), and having the prostate taken out.

‘I decided to take it out, so I’m now three months from the operation, had the prostate out, I’m probably 95% back to normal, maybe 90% back to normal. [It’s] hard, because when you’re told you have cancer – I literally fell over, I didn’t see it coming,’ Kenny explained.

‘No symptoms whatsoever, I had to go looking for it.’

If you or someone you care about has been diagnosed with cancer, Macmillan can offer support and information.