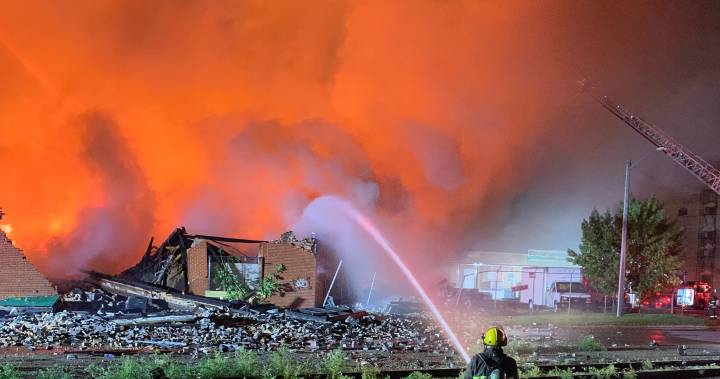 Winnipeggers are banding together to raise funds for the musicians, visual artists and others who lost expensive equipment and invaluable work in a North End warehouse fire.

The blaze early Monday morning completely destroyed the building at 274 Jarvis Ave. and left artists and business owners scrambling to get back on their feet.

Since the initial shock of the fire, a number of online fundraisers have popped up, including a GoFundMe started by Border Crossings Magazine that has raised almost $85,000 so far for the visual artists.

A similar fundraiser to replace equipment lost by the half-dozen local bands who used the warehouse as a rehearsal space has raised over $5,000.

South Osborne venue the Park Theatre is throwing a benefit show Aug. 2, with all proceeds going toward the bands who lost gear in the warehouse space.

The venue is also matching the funds from each ticket sale, and will be holding a silent auction to raise even more money.

The newly-reopened icon of the Exchange District, the Royal Albert, is hosting a benefit for the musicians the next night as well.

Others affected by the fire – including soup kitchen Agape Table, which lost hundreds of clothing donations, and screenprinter Devine Shirt Company, which lost around $40,000 in equipment and merchandise – are also working on fundraising to replace what was destroyed in the blaze.