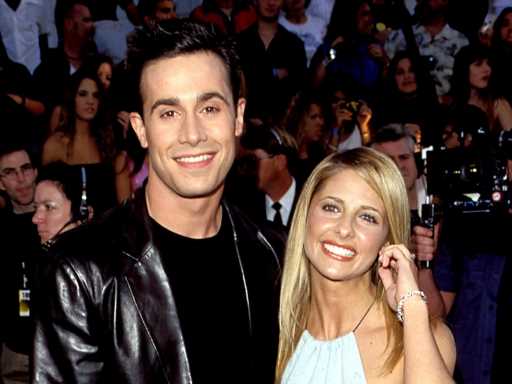 Among the Hollywood marriages and relationships that have stood the test of time, we often forget about ’90s golden couple Freddie Prinze Jr. and Sarah Michelle Gellar. The actors have been married for nearly two decades and share two children together — whose lives they prefer to keep as private as possible. After all of this time, we have to wonder if there is some secret ingredient to the couple’s long-lasting love. But as it turns out, making their marriage work, especially when they’ve been long distance, is pretty relatable.

“Yeah, if there were a magic secret, I would’ve written a book, and everyone would know,” Prinze Jr. recently told HollywoodLife. “I think it’s more about the person you’re with and the path that you travel on,” the She’s All That star explained. “Sarah and I have always been fortunate enough and thoughtful enough to stay on the same path, even when roads are going to take us away. I had a path that took me to New York for six weeks away from my kids and family, which is tricky. But again, the path brought me back to the one she and I started on back in the nineties.”

Most importantly, Prinze Jr. reiterated to the outlet that he and Gellar were always “friends first. She knew what kind of man I was before we ever went on a date. She knew what my moralities were and vice versa. So there was no, ‘Hey, here’s my best self for the first year.’”

The couple started dating in the early 2000s after working together on I Know What You Did Last Summer in the late ’90s. After all this time, it’s clear that the couple still have those same priorities in line with where their lives are now. So while there might not be one particular secret ingredient, it’s clear that the work Gellar and Prinze Jr. are putting into their enduring and loving marriage is working.

Before you go, click here to see the longest celebrity marriages.