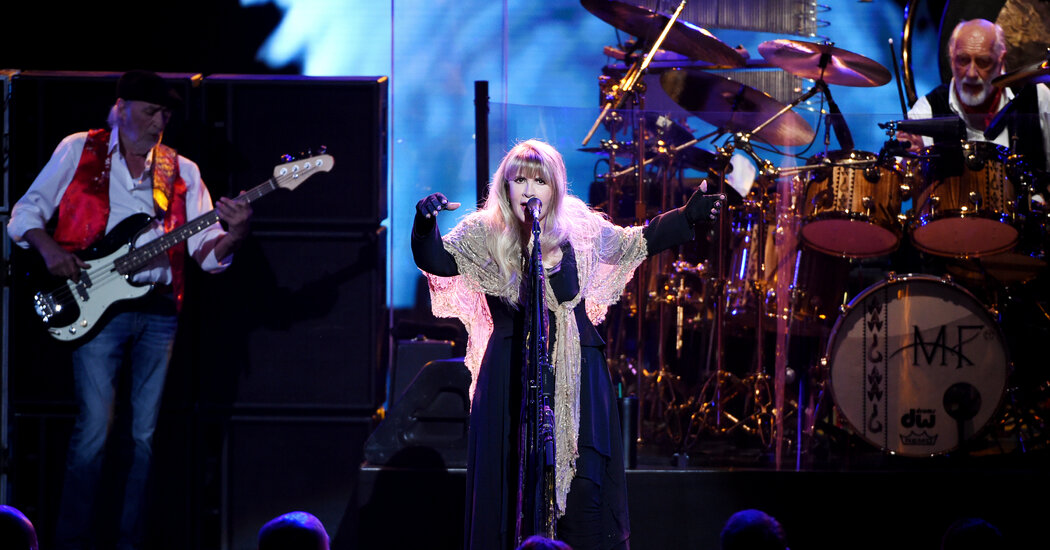 The last time Fleetwood Mac’s classic LP “Rumours” was in the Top 10 of the Billboard album chart, in February 1978, Jimmy Carter was president, disco was king and the prime-time soap opera “Dallas” was still more than a month away from its premiere.

But thanks to a viral TikTok video, “Rumours” has climbed back to the chart’s upper rungs for the first time in 42 years, landing at No. 7 with the equivalent of 33,000 sales in the United States, including more than 30 million streams, according to Nielsen Music.

Its return was set in motion late last month, when Nathan Apodaca, a potato worker in Idaho, filmed himself languidly singing along to “Dreams” while skateboarding down a road and sipping from a bottle of Cran-Raspberry juice. The clip caught on in the way that random, joyful TikTok videos do — it has been viewed more than 60 million times — and began spurring streams and downloads for “Dreams.” Before long, Mick Fleetwood and Stevie Nicks responded with their own videos.

After a tight race for the top of this week’s album chart, “Shoot for the Stars Aim for the Moon,” a posthumous release by the New York rapper Pop Smoke, who was shot to death in February at age 20, returned for its second slot at No. 1 with the equivalent of 67,000 sales. “Shoot for the Stars,” a steady hit since its release in July, squeezed ahead of 21 Savage and Metro Boomin’s “Savage Mode II,” last week’s top seller, which fell to No. 2 in its second week out with 66,000.