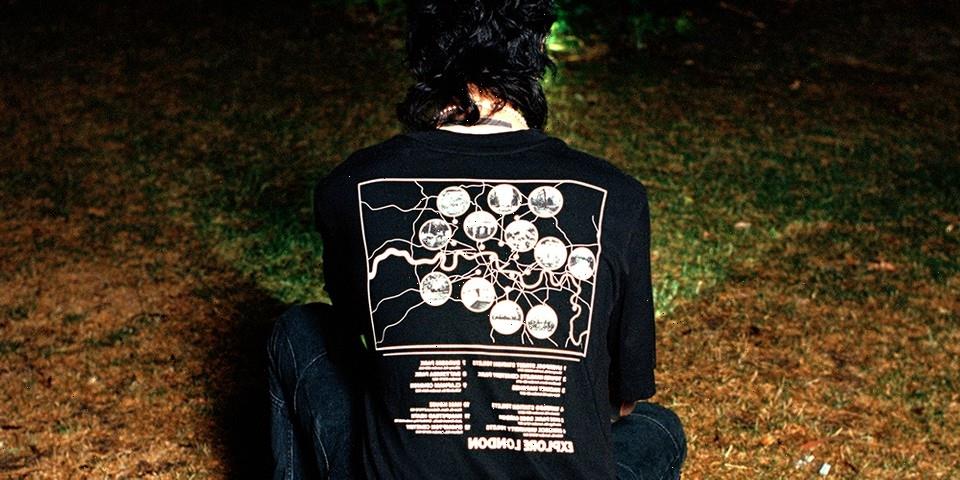 Jordan Bowen and Luca Marchetto’s eponymous brand JORDANLUCA is no stranger to satire and subversion — take a look at its stellar Spring/Summer 2023 Milan Fashion Week runway show if you need reminding. Now, the brand reflects on this with its “Explore London” T-shirt, a piece that at first glance shows a guide to London hotspots, but instead reveals a map of “London’s queer cultural landmarks.”

On the front, JORDANLUCA’s moniker sits alongside a graphic depiction of the brutalist landmark, Trellick Towers, designed by the seminal architect Ernő Goldfinger. On the rear, a large map with bubbles showing snapshots at the locations sits alongside a list consisting of Liverpool Street Station Toilets, Tower Hamlets Cemetery Park, Hackney Marshes, Hampstead Heath and various other locations known within the LGBTQIA+ community.

The alternative city guide is well documented in queer culture and expression, and to further celebrate this release, JORDANLUCA will be donating its profits from the sale of the T-shirt to akt — Albert Kennedy Trust, supporting LGBTQIA+ young people in the UK who face and experience homelessness or are living in hostile environments.

JORDANLUCA’s “Explore London” T-shirt retails for £80 GBP and can be bought online now.

In other news, Aries has dropped its FW22 collection.
Source: Read Full Article