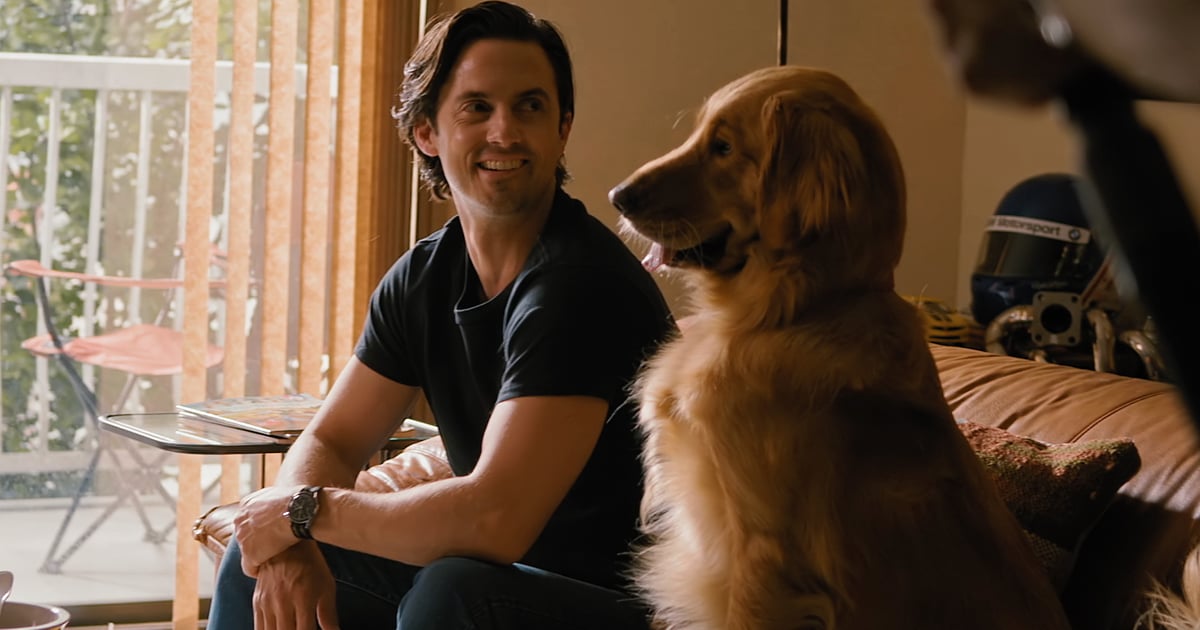 Milo Ventimiglia briefly took a break from making us cry over the Pearsons in This Is Us to make us weep while watching him cuddle golden retrievers in The Art of Racing in the Rain. (Basically never watch anything he’s in unless you’re fully stocked up on tissues.) Based on Garth Stein’s 2008 novel of the same name, the film follows an aspiring race car driver named Denny Swift (Ventimiglia) and his adorable dog Enzo (voiced by Kevin Costner) as they navigate all of life’s twists and turns. Enzo is played by a number of talented real-life pups, and we have an exclusive video that shows exactly how the film’s production team got them to behave on set.

“Every scene relied on the dog doing something intricate and detailed, but I have to say, time and time again, Parker particularly delivered what we needed in the scene,” director Simon Curtis says, noting that they didn’t use as many dogs as you might expect to play Enzo. In addition to the puppy who plays young Enzo, there were also a few older, full-grown dogs who portrayed the adult version of the character. Fortunately, Ventimiglia made a connection with all of them, but especially with Parker.