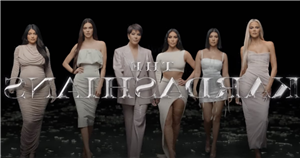 Everything to Know About “The Kardashians” on Hulu

The Kardashians are headed to Hulu! After the Kardashian-Jenner clan’s announcement that “Keeping Up With the Kardashians” was ending after 20 seasons, fans rejoiced when matriarch Kris Jenner confirmed that she — along with Kim Kardashian, Kylie Jenner, Kourtney Kardashian, Khloé Kardashian, and Kendall Jenner — were coming to Hulu for a new chapter. “Excited to announce our new multi year partnership with Hulu and Star and what’s to come in 2021,” Kris tweeted in December 2020.

On New Year’s Eve 2021, Hulu announced the famous family’s show, “The Kardashians.” The streamer dropped a 15-second trailer on the same day for the upcoming series, flashing “When the countdown to the New Year ends, the countdown to the new show begins” across the screen. Khloé, Kendall, Kim, Kris, Kourtney, and Kylie also appear in the clip to say, “Happy New Year, everyone!” The entire crew will create content that will stream exclusively on Hulu.

On Feb. 7, Hulu finally shared the premiere date for “The Kardashians,” which will arrive on the platform on April 14. A new trailer was then released on March 27, giving fans another look at the drama to come: There’s footage of Kourtney engagement to Travis Barker, a pregnant Kylie discussing having another child, and Khloé and Tristan Thompson evaluating their relationship.

Read ahead to get the full scoop on everything there is to know about “The Kardashians,” including its plot, cast, and trailers.