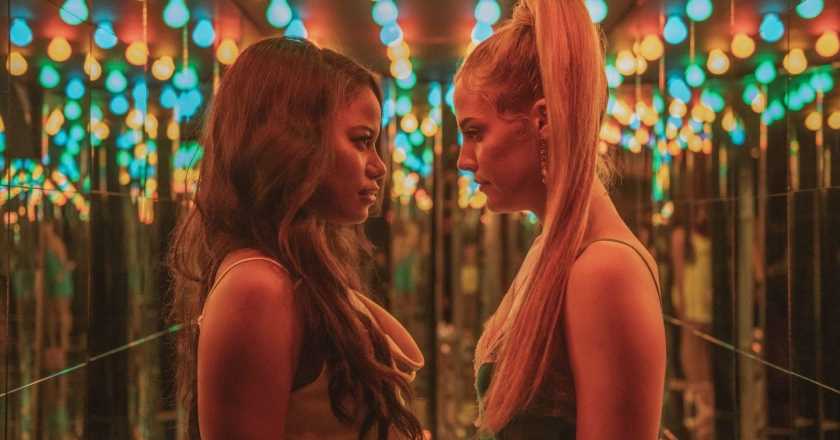 Inspired by a viral Twitter thread, Zola tells the unbelievable true story of an American road trip. Here’s everything you need to know about the adaptation dubbed the “must-see movie of the summer.”

“Y’all wanna hear a story about why me and this bitch here fell out? It’s kind of long but full of suspense.”

So goes the opening line of a viral 2015 Twitter thread by Aziah “Zola” Wells King. The 148-tweet saga, which chronicled the story of her impromptu road trip to Florida with a new acquaintance, Jessica, took the internet by storm with its explosive revelations, earning the hashtag #TheStory and capturing the attention of celebrity fans such as Ava DuVernay, Solange Knowles and Missy Elliott.

Six years and one epic Rolling Stone article later, and the stranger-than-fiction story has now been adapted for the big screen. Following its world premiere at the Sundance Film Festival in 2020, the release of Zola was delayed due to the Covid-19 pandemic, but finally arrives in cinemas this month as the first Twitter thread to be made into a movie.

Here’s everything you need to know about the adaptation dubbed the “must-see movie of the summer.”

Zola tells the autobiographical story of Zola, a Detroit waitress and exotic dancer who strikes up a new friendship with a customer, Stefani, who invites her on a spontaneous road trip to Florida.

What at first promises to be a fun-filled weekend of pole-dancing for extra cash quickly turns into a hilarious and at times horrifying experience involving “a nameless pimp, an idiot boyfriend, some Tampa gangsters and other unexpected adventures,” according to the official description.

Just like the original Twitter thread, Zola keeps the viewer on their toes with its alternating themes of friendship, adventure and debauchery. But the film also tackles darker themes: betrayal, greed, violence, exploitation and trauma; and how one woman attempts to navigate them all while retaining her agency.

Who stars in Zola?

They include Taylour Paige as the titular character Zola, Riley Keough as Stefani, Nicholas Braun as Stefani’s hapless boyfriend Derrek and Colman Domingo as Stefani’s roommate and pimp, X.

Is there a trailer for Zola?

Yes, and it looks set to fully live up to the drama of the original tweetstorm. Watch the trailer below.

When will Zola be available to watch?

Zola will be released in the UK on 6 August.