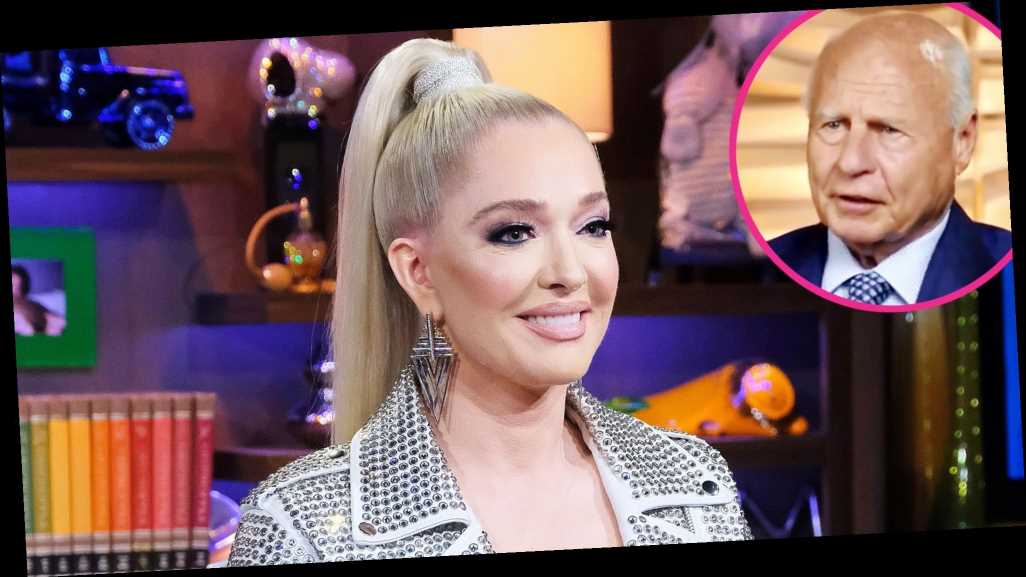 Real Housewives of Beverly Hills fans want answers about Erika Jayne and Tom Girardi’s divorce — and sources tell Us Weekly exclusively that she’s willing to spill as much as she can on the upcoming 11th season of the Bravo series.

Erika Jayne and Tom Girardi’s Divorce: Everything We Know

“Erika will address her divorce on the upcoming season of The Real Housewives of Beverly Hills. Legally, there is only so much she is allowed to say, but she has been advised on what she can put out there,” one insider tells Us. “Viewers will also finally hear the other Housewives’ thoughts on Erika and Tom’s divorce.”

According to a second insider, the 49-year-old “Painkillr” songstress is “not holding back” while filming season 11 with Lisa Rinna, Kyle Richards, Dorit Kemsley, Garcelle Beauvais, newcomer Crystal Kung Minkoff and “friend” of the Housewives Kathy Hilton.

“She’s going to tell her story and she’s not going to hold back. In the past when they filmed, Erika protected Tom at all costs, but this time around is going to be different,” the source says, adding that “Rinna has been her biggest support among the cast.”

Erika filed for divorce from Tom in November after 21 years of marriage. She later accused the attorney of cheating on her with California judge Tricia A. Bigelow.

‘RHOBH’ Season 11: Everything We Know So Far

“This is Justice Tricia A. Bigelow. She was f–king my husband Tom Girardi,” Erika wrote alongside a series of alleged text messages between Tom and the judge. “He was paying her Saks bill and paying for her plastic surgery.”

According to the second source, Bravo cameras weren’t rolling when she posted the texts — which she later deleted — on December 18.

“There is a whole back story to the text messages being released, but the other housewives weren’t with Erika when she released those,” the insider says.

While Tom has yet to publicly comment on the cheating allegations, the judge’s lawyer told the Los Angeles Times that Bigelow’s team is “considering our options to protect Justice Bigelow from further harassment,” adding Erika’s “actions in maliciously doxxing the Justice were nothing short of criminal.”

Tom has come under fire for several lawsuits in recent months, including allegations that he and Erika embezzled settlement money meant for families of the hundreds of victims of Lion Air Flight 610, a 2018 crash.

Sources have told Us that Erika wasn’t unaware of the fraud case.

“She’s still in disbelief that Tom would cheat. She’s also in disbelief with all these lawsuits that are coming that no one was aware of,” one source told Us. “The legal issues are unfolding one after another and she’s learning as everyone’s filing. As the whole world is finding out about it, she’s finding out about it. She’s reading about it in the press before she even sees it [from her lawyers].”