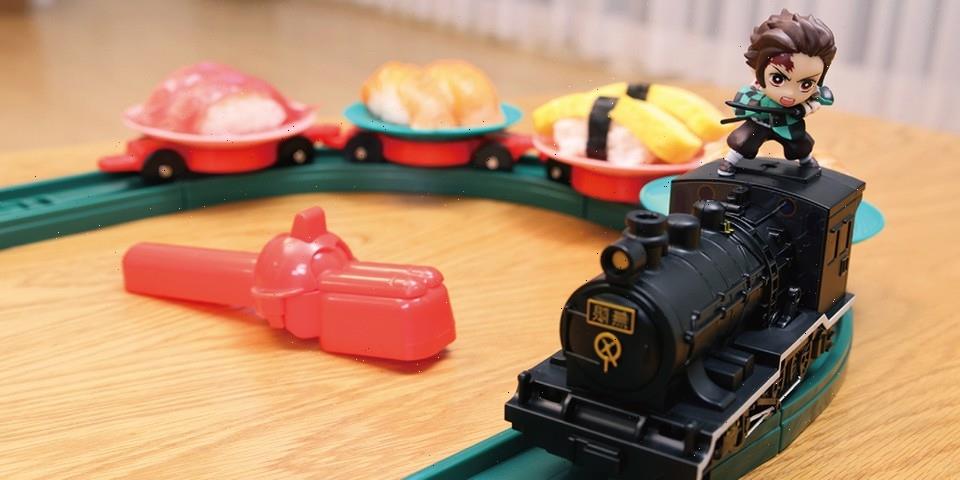 More Demon Slayer: Kimetsu no Yaiba collectibles and collaborations are on the rise as toymaker Takara Tomy has designed a sushi train inspired by the film’s Mugen Ressha — Infinity Train.

Fans were given the chance to cop collectibles such as Senjuro Rengoku’s flame-breathing sword and Shinobu Kocho’s stinger toy sword by BANDAI as well as a highly limited-edition gaming chair by Lenovo with a built-in katana. The latest offering veers more towards food lovers as they can now enjoy their sushi in kaitenzushi form — conveyor belt sushi — right at home. This will be the second edition of the brand’s “at-home kaitenzushi” toy series with the first release featuring sushi plates pulled by a boat.

The train comes with standard-size plates featuring Ichimatsu and Asanoha patterns worn by Tanjiro and Nezuko along with a figurine of Tanjiro which can be attached to the top of the Mugen train.

Look out for the new edition to release on December 9 at general stores, retailers and toy specialty stores in Japan for ¥7,480 JPY (approximately $65.82 USD).