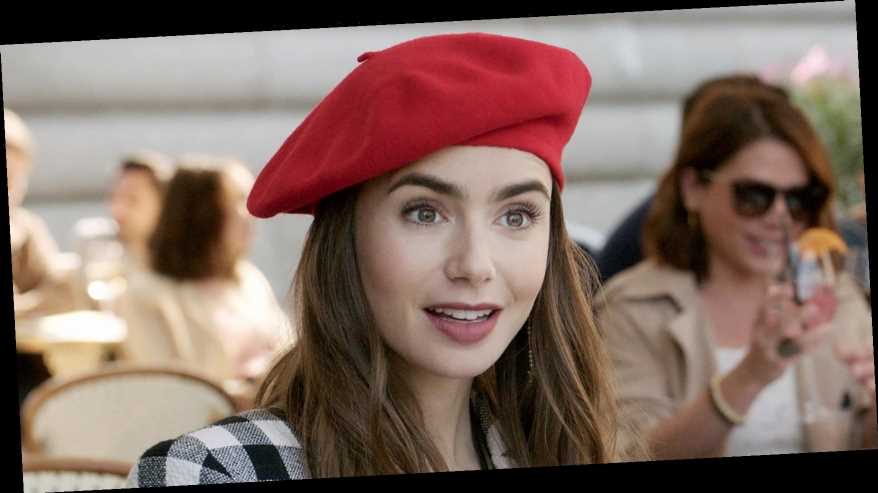 When in France? Earlier this month, fans were floored when Netflix’s Emily in Paris earned a handful of nominations for the 78th annual Golden Globe Awards. Now, a new report alleges that some of the voting committee may have been swayed.

According to The Los Angeles Times, more than 30 members of the Hollywood Foreign Press Association were flown out to visit the set of the Darren Star-created series while it was filming in 2019. At the time, Paramount Network reportedly treated the group to two nights at the five-star Peninsula Paris hotel, “where rooms currently start at about $1,400 a night.” The visitors also attended a meeting and lunch at the historic and private Musée des Arts Forains.

“They treated us like kings and queens,” one HFPA member who participated in the press trip told the publication.

Non-HFPA members, including critics and other media personnel, were also invited to the event. However, HFPA rules forbid members from accepting gifts valued at over $125 from studios or producers.

However, a studio source tells Us Weekly that they did not fly the HFPA to Paris. When the group of 33 members arrived, they stayed at the Peninsula Paris under a group rate and the trip followed all usual protocols. Each day, the HFPA members were given a buffet-style breakfast and a buffet-style lunch.

Throuple Time? Everything the ‘Emily in Paris’ Cast Has Said About Season 2

When nominees for the 2021 Golden Globe Awards were announced in February, the prestigious nods to the Netflix comedy-drama raised eyebrows. Lily Collins received recognition for her performance, earning a nomination for Best Actress in a Television Series, Musical or Comedy. The show was also nominated for Best Television Series, Musical or Comedy.

“There was a real backlash and rightly so — that show doesn’t belong on any best of 2020 list,” another HFPA member told The Los Angeles Times of Emily in Paris‘ surprising accolades. “It’s an example of why many of us say we need change. If we continue to do this, we invite criticism and derision.”

When the series made its debut on the streaming service in October 2020, it quickly flew into the platform’s top 10, but audiences weren’t totally sold on the story lines. Collins, 31, previously welcomed criticism of the show as an opportunity to grow.

“As disheartening as it sometimes is to read these things, it’s also a gift,” the To the Bone star said in her November 2020 Vogue Arabia cover story. “You’re being allowed to improve.”

Emily in Paris became one of the most talked about TV shows of the fall — even though the conversations weren’t always positive. When Golden Globe nominations were announced, social media users were quick to compare the Netflix series with Michaela Coel‘s I May Destroy You, which was entirely overlooked by the awards voters.

One Emily in Paris writer shared her thoughts on the snub in a lengthy op-ed for The Guardian, admitting that “it never occurred to” her that the show would earn recognition from the HFPA.

“That I May Destroy You did not get one Golden Globe nod is not only wrong, it’s what is wrong with everything,” Deborah Copaken wrote earlier this month. “Yes, we need art that reflects all of our colors, not just some. But we also need to give awards to shows (and music and films and plays and musicals) that deserve them, no matter the color of the skin of their creators. … How anyone can watch I May Destroy You and not call it a brilliant work of art or Michaela Coel a genius is beyond my capacity to understand how these decisions are made.”