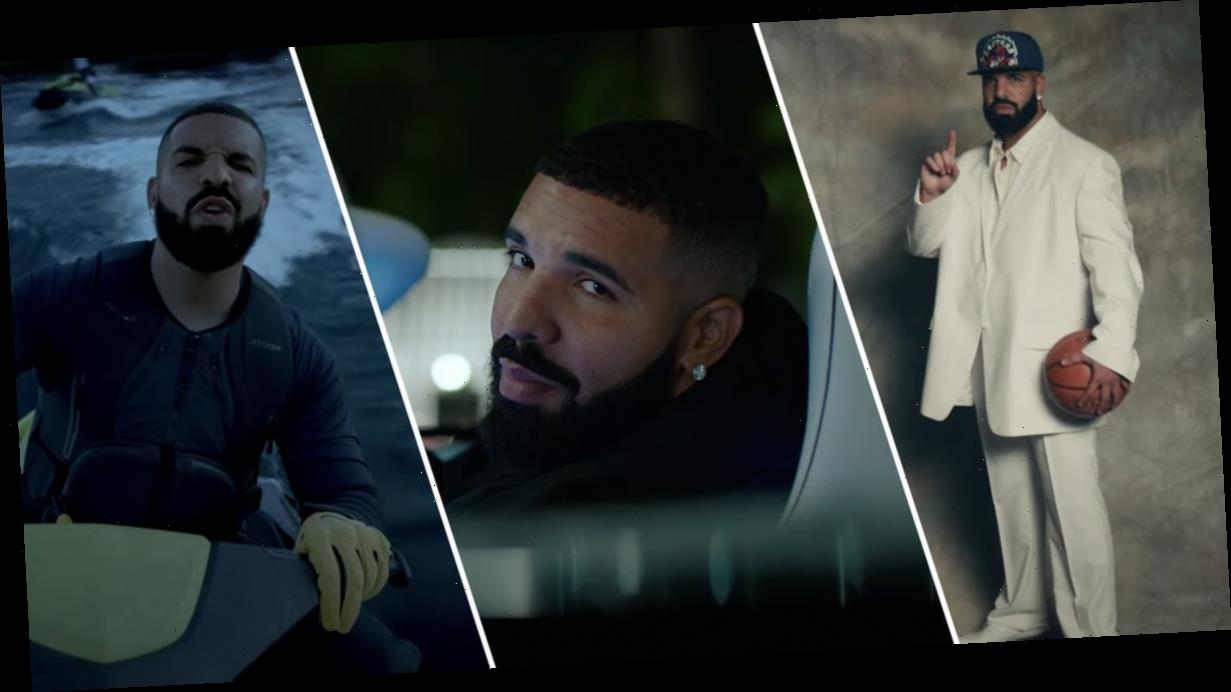 What’s that? Do you hear that? That’s the sound of Drake giving us a five-minute banger that might also double as a Nike commercial. On Aug. 14, the Toronto rapper dropped his latest single, “Laugh Now Cry Later,” featuring Lil Durk and an accompanying music video filled with a bunch of athletes and sports references. The video opens with a midnight stop by the Nike World Headquarters in Oregon and unfolds with what looks like an epic few hours.

Drake plays basketball with Kevin Durant, tosses a football with Odell Beckham Jr., rides jet skis with Lil Durk, and takes Aggy Abby for the shopping spree of a lifetime in the Nike company store. It’s all fun and games until he gets rocked by a classic Marshawn Lynch tackle. It’s a hilarious realization that the rapper is not quite the star athlete of his peers, but he sure looks good while replicating LeBron James’s 2003 NBA Draft outfit.

The single is featured on his upcoming sixth studio album, which is aptly titled Original Lover Boy. The entire music video was shot at the Nike headquarters and in true Drake fashion is filled with meme-worthy moments. Watch “Laugh Now Cry Later” and see if you caught all the athlete-studded appearances ahead . . . baby.