Buckle up! Dorit Kemsley teased what fans can expect from season 11 of The Real Housewives of Beverly Hills after the trailer set tongues wagging earlier this week.

‘RHOBH’ Season 11: Everything We Know So Far

“It’s an intense trailer, it’s an intense season,” the reality star, 44, exclusively told Us Weekly on Wednesday, April 14, while promoting her bridal collection with Nektaria. “There are — much like most seasons — a lot of twists and turns. We dealt with some pretty, pretty big stuff this season. And we still managed to have fun and this was in a COVID year, so it was a different season. But it’s really, really good. It’s always hard to live it and then you relive it all over again with the rest of the world, and that’s definitely on the horizon. But I definitely can say to the fans, this season’s not going to disappoint.”

Dorit hinted that her story line will revolve around her relationship with husband PK Kemsley and their kids, Jagger, 7, and Phoenix, 5. 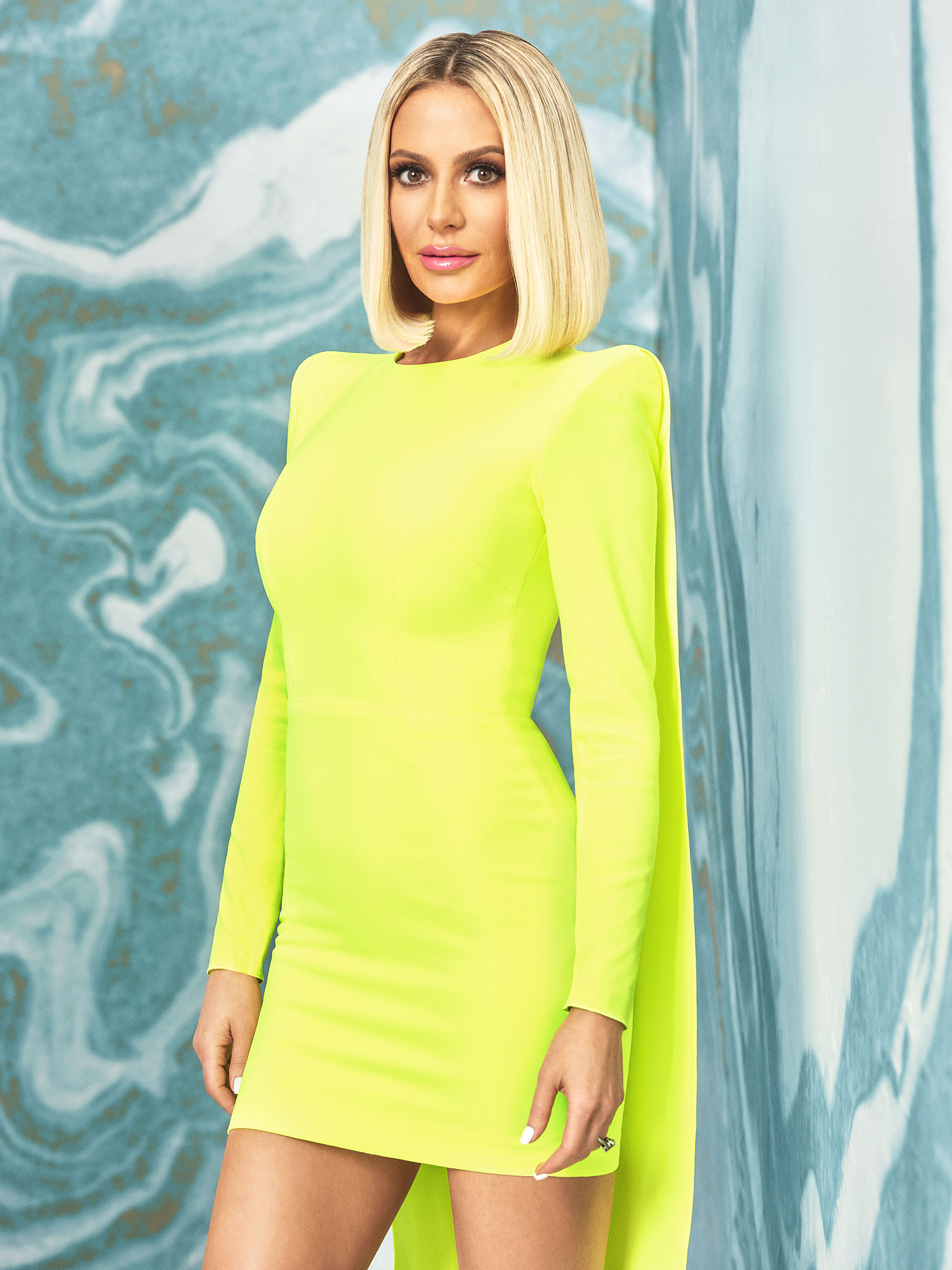 “I think that with regards to my family and home life, it’s really the challenges that you go through as a couple, as a married couple,” she revealed. “Even though we were able to come out strong and on top, you’re affected. And I think you’ll see certainly some of the impact that COVID had on the family and certainly the new venture that I’ve gotten into with the wedding dresses with Nektaria — the birth of that and when I was designing and the creation, the launch. And then the relationships and the friendships between the women, which I think is always a special dynamic of the show.”

Former ‘RHOBH’ Stars: Where Are They Now?

After the exits of Denise Richards and Teddi Mellencamp following season 10, Kathy Hilton and Crystal Kung Minkoff joined the cast for the new season.

“I’ve known Kathy for a few years, and I have a great relationship with her. I’ve got an independent relationship with her than with Kyle [Richards]. So my relationship with her isn’t really because of Kyle. We’ve got a lot of mutual friends, and I was very encouraging of her coming on,” Dorit told Us. “She is hysterical. I’m very excited for the world to get to know Kathy. She’s very, very funny. I think she brings a great energy to the show and to the group. And I think that everybody’s going to love to see her.”

As for Crystal, 35, the pair bonded over motherhood. “Crystal, I met for the first time when she came on the show. I really like her. She’s a mom; she’s got two young kids just like I do. So we have a lot in common there,” Dorit explained. “She’s easy, she’s down to earth. She’s cool. She’s funny. She’s fun. It’s always tricky and challenging when you join this group for the first year because you’re kind of finding your feet, you know? But I think that she really did blend well with the group quickly. … She has a few challenges with some people and that will definitely play out. But I think, as far as her and I are concerned, I’ve really taken to her and I liked her a lot.”

The TV personality also hinted that pal Erika Jayne’s divorce has been hard to watch. “Definitely someone that you care about and a friend of yours that’s going through something really — that’s struggling and it’s big — it’s hard,” she told Us. “It’s hard to see someone in pain.”

In fact, Dorit claimed that season 11 is the “most challenging” one she has filmed. “I know, like, I say that and I think to myself, jeez,” she said. “I mean, I have gone through quite a few challenging seasons, so maybe I’ll say that every season, but it was difficult, very difficult at times. And we’ll see that.”

While fans await new episodes, the Bravo star is focused on her bridal collection with Nektaria. “I’ve never done bridal, but for me, it’s very much under the umbrella of design and creativity. So I jumped right in and I felt like it was something I was meant to do,” she told Us. “I just poured my heart and soul into it, and the pieces are beautiful and I’m so proud of them. We continue to work really hard, and we’re putting out another series of the collection in a couple of months. So it’s going really, really well.”

Season 11 of The Real Housewives of Beverly Hills premieres on Bravo Wednesday, May 19, at 8 p.m. ET.