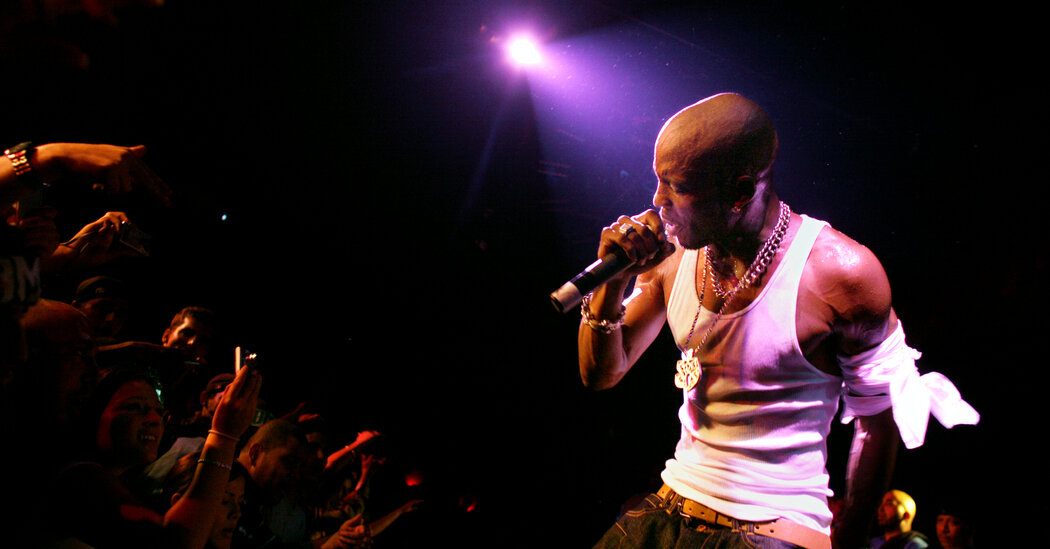 Earl Simmons, the snarling yet soulful rapper known as DMX, who had a string of No. 1 albums in the late 1990s and early 2000s but whose personal struggles eventually rivaled his lyrical prowess, died on Friday in White Plains, N.Y. He was 50.

His family announced the death in a statement. He had been on life support at White Plains Hospital after suffering what his family called “a catastrophic cardiac arrest” a week earlier.

“Earl was a warrior who fought till the very end,” the Simmons family said. “He loved his family with all of his heart, and we cherish the times we spent with him.”

On April 2, Mr. Simmons had a heart attack at his home in White Plains. In the days that followed, representatives for the rapper said he was in a coma and on life support “in a vegetative state.” Outside of the hospital, family and friends gathered with hundreds of fans, playing DMX’s music aloud and praying, holding up their arms in the shape of an X.

The music made by Mr. Simmons, a muscular, tattooed and intense figure, was often menacing and dark, with the occasional nod to Christian spirituality. He committed crimes, served time in different correctional institutions and battled addiction long before he released an album, and his troubled past informed the gritty content and inimitable delivery of his rhymes.

He barked over the chorus of “Get at Me Dog,” the breakout single from his 1998 debut album, “It’s Dark and Hell Is Hot.”

“His throat seems to hold a fuzzbox and a foghorn, and between songs he growled and barked,” the critic Jon Pareles wrote in The New York Times of Mr. Simmons’s performance at a concert in 2000. “In his raps, the gangsta life is a living hell, a constant test of loyalty and resolve.”

He rapped with an explosive cadence on “Party Up (Up in Here),” the big hit from his 1999 album “ … And Then There Was X”; raw braggadocio on “Ruff Ryders’ Anthem,” a tribute to his record label on “It’s Dark and Hell Is Hot”; and a more introspective, brooding delivery on “Damien,” a story about making a murderous bargain with a demonic benefactor.

“Why is it every move I make turns out to be a bad one?” Mr. Simmons asks in “Damien.” “Where’s my guardian angel? Need one, wish I had one.”

Mr. Simmons, who sold millions of records, was the first musician whose first five albums reached No. 1 on the Billboard chart. He was the standout artist on the Ruff Ryders label, often rapping over tracks by the star D.J. and producer Swizz Beatz. Rappers like Eve, Drag-On and the Lox, a group made up of Jadakiss, Styles P and Sheek Louch, also recorded on the label.

Mr. Simmons was known for energetic concerts that electrified audiences. In 2000 the critic Elvis Mitchell wrote in The Times about his “remarkable and combative stage presence” in the concert documentary “Backstage,” which followed him and rappers like Jay-Z and Redman on the 1999 “Hard Knock Life” tour.

“Bombastic and hot-blooded, he holds court in a singular fashion, exercising sheer force of will to pull the spotlight down on himself and demanding the crowd’s attention,” Mr. Mitchell wrote.

Mr. Simmons also starred with the rappers Nas and Method Man in the Hype Williams gangster film “Belly” in 1998; appeared in the action movie “Romeo Must Die,” with Jet Li and Aaliyah, in 2000; and starred with Steven Seagal in the 2001 action film “Exit Wounds.” The BET cable channel provided a closer look at his personal life with the 2006 reality series “DMX: Soul of a Man.”

The macho, streetwise persona Mr. Simmons projected in his music was reinforced by a litany of criminal charges. He was arrested repeatedly, for fraud, assault, driving under the influence and without a license, and weapon and narcotics possession, among other things.

He served jail time after pleading guilty in 2008 to animal cruelty, drug possession and theft, and in 2018 he was sentenced to a year in prison for tax evasion.

He released several more albums over the years, including “Grand Champ” (2003) and “Undisputed” (2012). But he often got in trouble with the law and never regained the success of his earlier days. 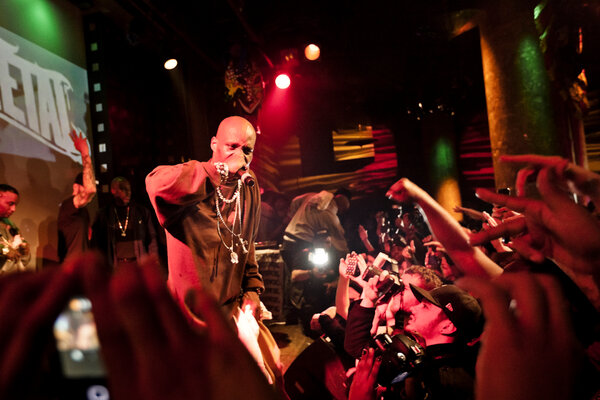 Born in Mount Vernon, N.Y., on Dec. 18, 1970, Earl Simmons was the first and only child of Arnett Simmons and Joe Barker. He grew up in Yonkers, a city just north of the Bronx that became a hotbed of racial tension in the 1980s.

His father was an itinerant artist whom he rarely saw, and his mother struggled to raise him and his half sister Bonita in a violent neighborhood. He wrote in his memoir that there was often little food, and young Earl, a precocious but hot-tempered and disobedient child, was often beaten by his mother and her different lovers. Information on survivors was not immediately available.

Mr. Simmons turned to street crime as he grew older, spending much of his childhood and teenage years in group homes or juvenile detention facilities, where, he wrote, he sometimes faced solitary confinement. He became an adept car thief and robber, often using vicious dogs to intimidate victims.

“I was straight stickup,” Mr. Simmons said in a memoir, “E.A.R.L.: The Autobiography of DMX,” written with Smokey D. Fontaine. “I’d rob three times a day: before school, after school and on the late night.”

In the late 1980s he started performing as a beatboxer, creating beats using only his mouth, with a local rapper named Ready Ron. (He took the name DMX from the Oberheim DMX drum machine, a model that was popular in the 1980s.) Ready Ron introduced him to crack cocaine, to which he became addicted before succeeding as a rapper.

His long struggle with drugs, the bleak circumstances of his childhood and their impact on his life informed his music — he titled a 2001 album “The Great Depression” — and many of his most swaggering songs conveyed hints of lingering trauma.

“All I know is pain/All I feel is rain/How can I maintain?” he raps near the start of “Ruff Ryders’ Anthem.”

Before breaking through as a rap star, Mr. Simmons made a name for himself as a nasty battle rapper in the early 1990s.

“I always made it personal,” he wrote in his memoir. “Nothing was too rude or vicious for me because I didn’t care.”