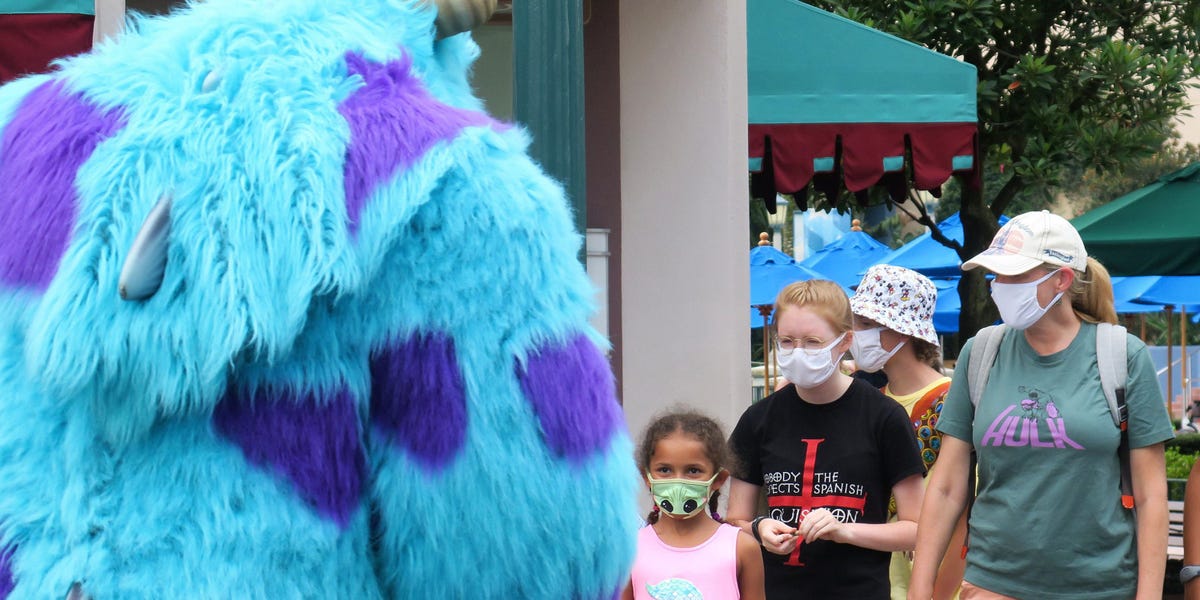 Disney executives said in August that theme park attendance was lower than expected as the United States struggles to contain its COVID-19 outbreak, but new data shows the dropoff may be even more severe.

According to data published by Deutsche Bank, Disney World attendance is down more than 80% compared to previous years, and isn't showing any signs of increasing even as Florida's daily numbers of new cases start to decline.

"While Disney World appears to be lagging the COVID case reduction, we would expect the data to relieve some of the admissions pressure in the near future," the bank's analysts said in a note to clients. "At present, Epcot and Animal Kingdom are outperforming Magic Kingdom and Hollywood Studios."

Earlier in August, Disney's chief financial officer Christine McCarthy said that even despite an uptick in cancellations, Disney World was "operating at a positive net contribution level." The company didn't disclose specific admissions figures, and her comments could be a good sign if the parks are still accretive even at massively muted attendance levels.

"What we've seen is that we have roughly 50% of our guest base still traveling from a distance but the other 50% coming from local markets and in-state," CEO Bob Chapek said.

To court those who don't have to travel far, both Disney and its backyard competitor Universal have hawked heavy discounts for Florida residents. Some packages average as low as $49 per day through the fall.

"Given this ongoing improvement in Universal's attendance and declining new daily COVID cases in Florida, we believe that Disney World will also soon see some benefit," Deutsche Bank said.

Florida on Thursday reported 4,555 new coronavirus cases. The state's seven-day average of new cases has fallen to 4,495 from a high of nearly 12,000 in July.

Disney World re-opened to the public in July, after a being closed for more than three-months. The parks, along with a surge in streaming sign ups and some sports reactivating their seasons at the company's campus helped make up for a steep decline in live TV, cruise ship, and movie revenues.

However, college football cancellations at major college conferences and the continued shuttering of Disneyland California will likely be a lingering concern for investors.

Shares of Disney are down about 14% since the beginning of the year, lagging behind major benchmark stock indexes.

Do you have a personal experience with the coronavirus you’d like to share? Or a tip on how your town or community is handling the pandemic? Please email [email protected] and tell us your story.

Get the latest coronavirus business & economic impact analysis from Business Insider Intelligence on how COVID-19 is affecting industries.