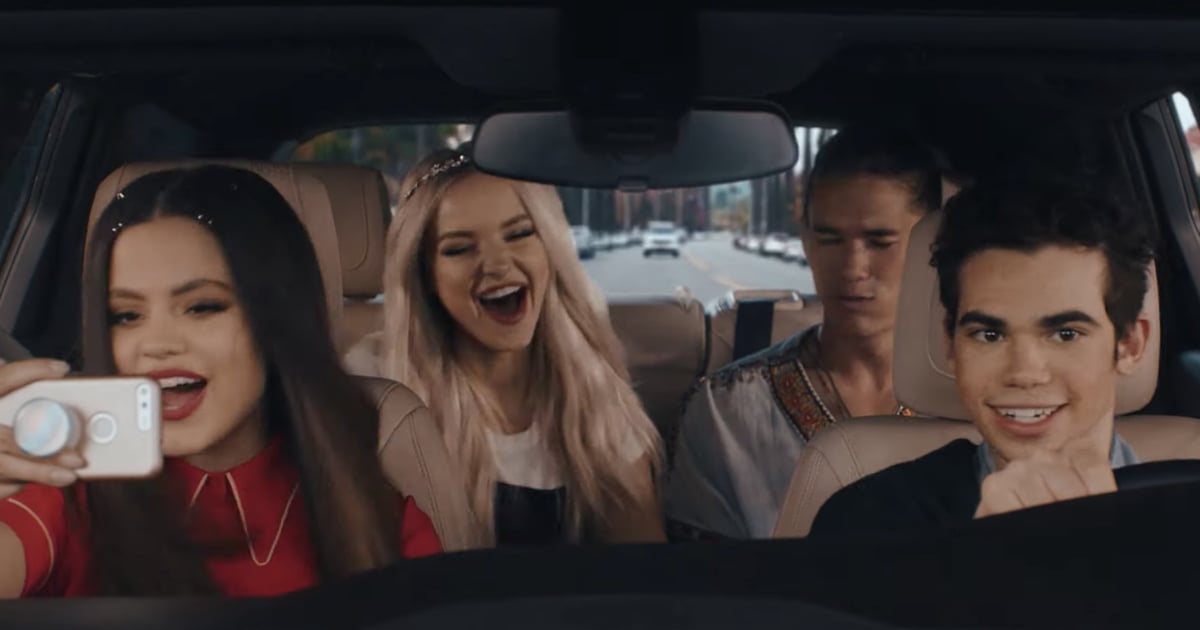 Descendants 3, costars Sarah Jeffrey, Dove Cameron, BooBoo Stewart, and Cameron Boyce joined together for a “Queen of Mean” carpool sing-a-long! On Aug. 9, Disney shared a video of the quartet cruising around and singing the tune, which Jeffrey’s character, Princess Audrey, belts in the movie. Taking turns behind the wheel, they danced along and gave their on-the-road performance some pizzazz with hilarious ad-libs.

The clip holds special meaning, following the sudden death of Boyce, who passed away from an epileptic seizure at the age of 20 on July 6. While some of his close friends and cast mates paid homage to him on social media, Disney honored him with a tribute after Descendants 3 — the final film of the franchise — aired on Aug. 2. “You mean everything to us,” the eulogy read. Boyce’s legacy will continue to live on through The Cameron Boyce Foundation, which his family launched shortly after his death.