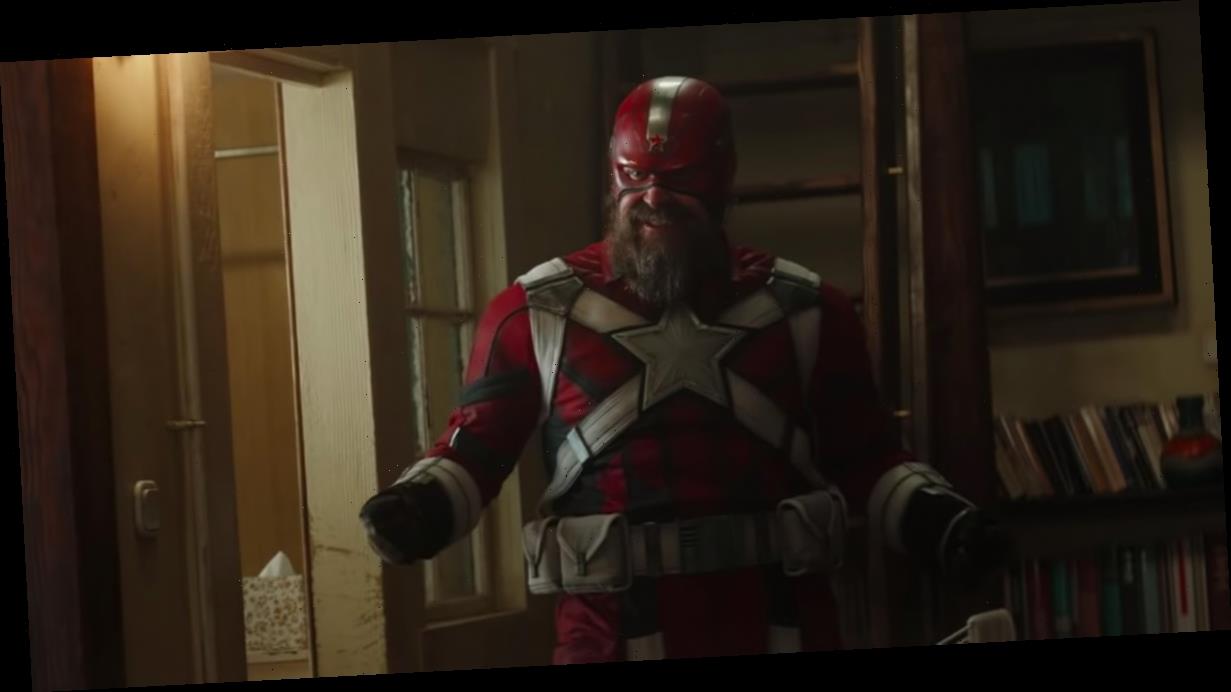 Black Widow is introducing a whole bunch of new characters, including Red Guardian. Played by David Harbour and using the civilian name of Alexei Shostakov, the hero will appear on screen for the first time alongside several other characters from Natasha Romanoff’s Russian past. If you’re curious about the red-suited, slightly aging hero, we’ve got a quick primer for you.

Essentially, Red Guardian was created as a Soviet counterpart to Captain America; in fact, his earliest iteration was depicted as an ally of Cap’s during World War II. The official Marvel bio for Red Guardian reveals that he had quite the past with Black Widow during their shared early-career days, when she was a new Black Widow just out of the Red Room and he was a former test pilot recruited by the KGB.

Alexi Shostakov was one of the Soviet Union’s most acclaimed test pilots whose heroism caught the attention of the KGB. They arranged for Shostakov to wed Natasha Romanoff, a top agent of the secret Red Room Academy, later known as the Black Widow. Intending to manipulate Natasha years after the couple’s marriage the KGB arranged for a rocket Shostakov was supposedly piloting to exploded, giving the appearance of his apparent death.

Shostakov’s “death” drove Natasha deeper into the Red Room’s service, although, in reality Shostakov, was alive and recruited into the KGB. He was given the identity of the Red Guardian… Through the Red Guardian, the Russians hoped to hone a national hero to represent them just as represented the USA.

Of course, we don’t know how much of that backstory will be used in Black Widow. The first trailer reunites Alexei and Natasha, along with her fellow Black Widows Melina Vostokoff (Rachel Weisz) and Yelena Belova (Florence Pugh), and the vibe is more of a “found family” camaraderie than any sort of tension between exes. There’s also a brief gag where a slightly paunchier-than-before Alexei tries on his old costume and crows, to an unimpressed audience of Black Widows, that it “still fits!” Red Guardian has one disadvantage over his American “counterpart,” though: in the comics, his superstrength comes from pure training, not a supersoldier serum. Presumably, that’s the case with the film version of the character as well. We’ll definitely find out more about this version of Red Guardian when Black Widow hits theaters on May 1, 2020!