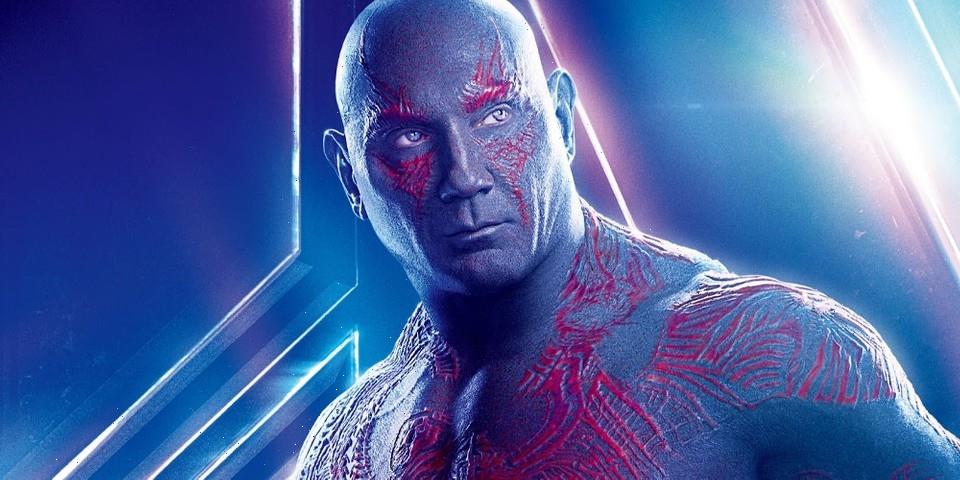 On May 6, as many Marvel fans got to see Doctor Strange in the Multiverse of Madness for the first time, director James Gunn announced that filming for Guardians of the Galaxy Vol. 3 had officially wrapped.

The decade-long journey had the production and cast feeling emotional as it would be both James Gunn’s last film ever and Dave Bautista‘s last time playing Drax the Destroyer. “Haven’t found the words yet,” Dave Bautista wrote on social media. “It ended so suddenly and I was on to my next film before I could process it all. End of a journey that changed my life.”

“You know, the journey’s come full circle and I’m ready to kind of step aside and wrap it up. I didn’t think my leaving was going to be news because I figured everybody assumed it,” Bautista told Ellen Degeneres last summer. “This is how this works — we work in trilogies, and James Gunn has already announced that it’s his last film and when James is done, I’m done.”

Bautista has been a long-time supporter of Gunn, notably through the initial controversy with Disney for his inappropriate comments made on Twitter which lead to him being removed as director for the trilogy. Bautista actively spoke out against the incident saying he refused to play Drax unless Gunn returned, and Disney eventually re-hired Gunn after the dust settled.

Bautista commented on his final shot for the series saying, “It was an easy shot of Rocket seated…and it took everything in me not to break down sobbing on the spot…shooting that last shot was a reminder of the warm impermanence of life and love, and how that impermanence makes it so precious, so valuable, and is a good reason to be grateful for what I have right now.”

Guardians of the Galaxy Vol.3 is scheduled to premiere on May 5, 2023.