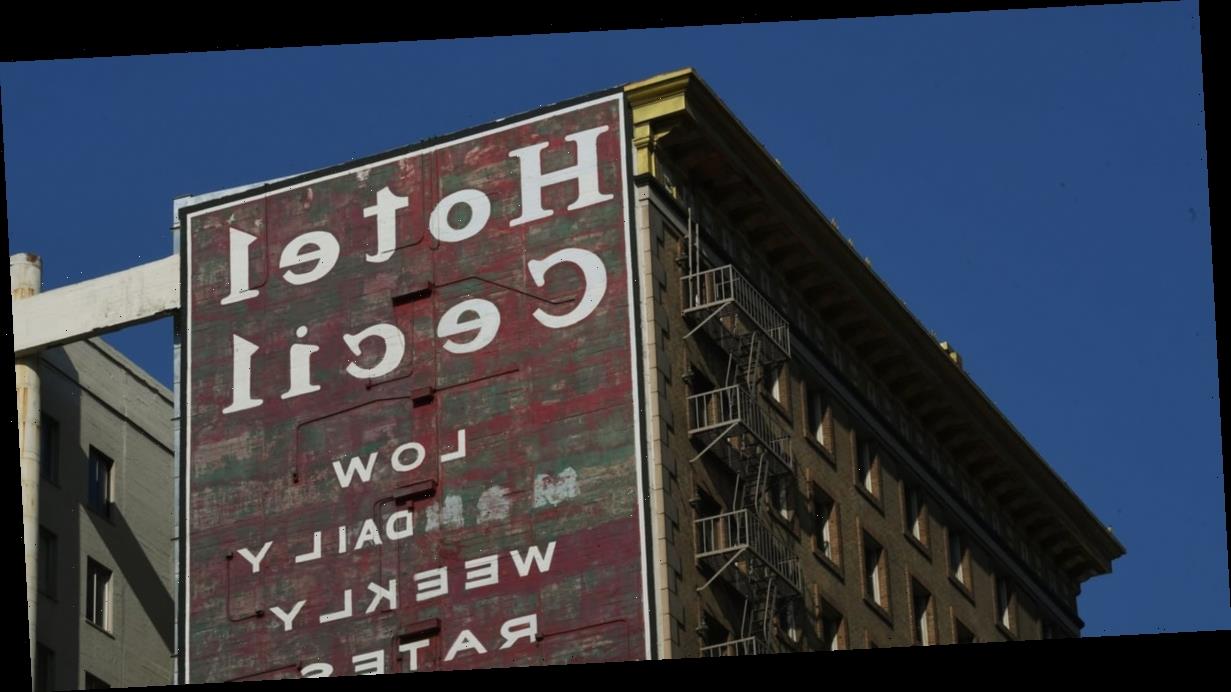 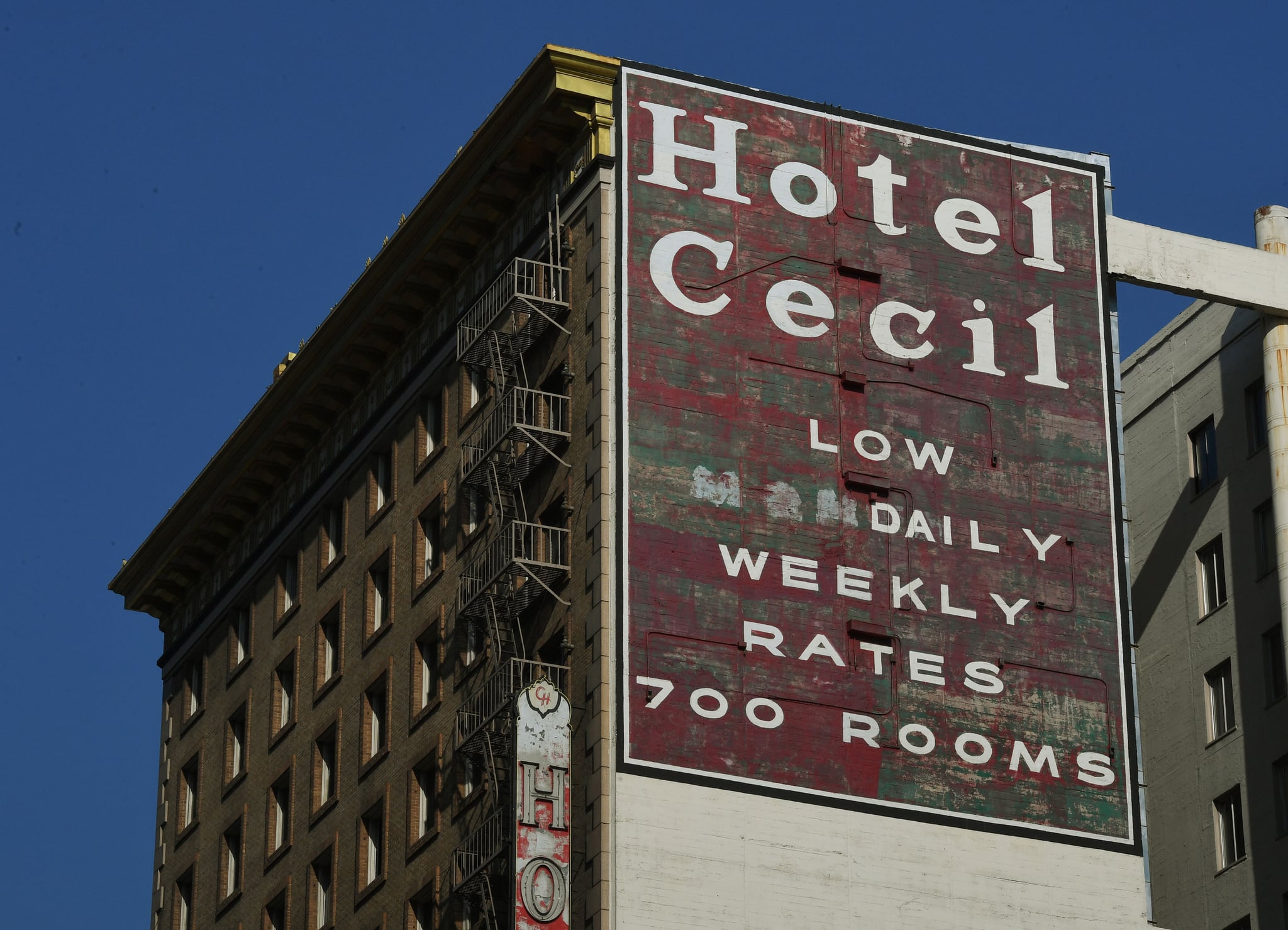 Netflix’s Crime Scene: The Vanishing at the Cecil Hotel explores the strange and tragic case of Elisa Lam, a 21-year-old Canadian traveler who was found dead in the Cecil Hotel’s water tank in early 2013. Lam’s death, officially ruled an accidental drowning, was met with sensational speculation because of the Cecil’s gruesome history. Given that the Cecil has been riddled with death and crime, many web sleuths were convinced by theories of ghosts and foul play. Episode two of Crime Scene especially unpacks how the hotel’s dark past marred its reputation. Over the years, the Cecil has earned unsavory nicknames such as “Hotel Death” and “The Suicide.” Management even rebranded part of the Cecil as a trendy youth hostel called “Stay on Main” to distance away from its unsettling background.

So, what were the unspeakable crimes at the Cecil? Whether or not the Cecil is haunted by ghosts, it has been haunted by a history of guests who were troubled or down on their luck. The Cecil is located right next to downtown Los Angeles’s Skid Row, an area systemically impacted by homelessness, mental illness, and drug abuse. Since it opened in the 1920s, the Cecil has been an epicenter of crimes such as robbery, assault, rape, and more. Many residents have also died from suicide and drug overdoses; in the docuseries, former manager Amy Price explained that there were about 80 deaths in the decade that she worked there. Serial killers, such as Richard Ramirez, even lived at the Cecil Hotel. Ahead, we’ve broken down the most notable crimes connected to the Cecil, from the Black Dahlia’s gruesome murder to Jack Unterweger’s heinous homicides.

Apparently unaware that she was pregnant, 19-year-old Dorothy Jean Purcell stayed at the Cecil with her 38-year-old boyfriend, Ben Levine. She gave birth in the hotel and threw her newborn out of panic, believing that he was dead. The baby then landed on the roof of another building. While Purcell was initially charged with murder, she was found not guilty by reason of insanity.

1947: The Black Dahlia (Allegedly) Stays at the Cecil Before Her Murder

The Black Dahlia, 22-year-old actress Elizabeth Short, was found dead in a vacant lot at Leimert Park in January 1947. People discovered her in a rather gruesome manner: somebody had cut her entire body in half and created incisions from the corners of her mouth. Days before the discovery of her corpse, witnesses reportedly saw her at the Cecil’s bar. It’s highly disputed whether or not Short was actually at the Cecil, but her death has drawn comparisons with that of Elisa Lam because they were both young women traveling by themselves in the month of January.

Pauline Otton, 27, was fighting with her husband on the ninth floor and jumped out of the window. She landed on a 65-year-old pedestrian named George Gianinni, and both were instantly killed.

Goldie Osgood was a retired telephone operator who lived in the Cecil. Her name was Pigeon Goldie because she would come out and feed the pigeons at Pershing Square. In the middle of the day, somebody raped, stabbed, and strangled Osgood, leaving her on her bed. Her murder has not been solved.

1985: Richard Ramirez Resides at the Cecil

Ramirez stayed at the Cecil in the middle of his murder spree from 1984 to 1985. Charged for 43 crimes, including 13 murders, Ramirez was known as the Night Stalker in Los Angeles. Committing the bulk of his attacks in 1985, Ramirez entered homes through unlocked doors and windows. He brutally raped and murdered people, occasionally leaving satanic symbols where he killed them. According to historian Kim Cooper, he paid $14 a night to stay at the Cecil, where he disposed of his bloodied clothing in the hotel’s dumpster.

Episode three of Crime Scene breaks down the dark case of Jack Unterweger. Years after Richard Ramirez hung out at the Cecil, Unterweger came along. He presented himself as a journalist from Austria on an assignment to do a story about red-light districts in Los Angeles. Unterweger was interested in how the police managed street prostitution, even riding along with the LAPD. He regularly had sex workers in his room at the Cecil, but no one knew that he was a convicted killer.

Back in 1974, Unterweger was actually sent to prison for abducting and murdering a young woman. When he was released, women started disappearing and dying near him, even though he presented himself as a reformed man. When he went to America, the deaths immediately picked up in downtown Los Angeles, where three sex workers were attacked and killed with their bras. In 1992, Unterweger was caught and extradited to Austria. After being convicted of nine murders, he hung himself in prison.