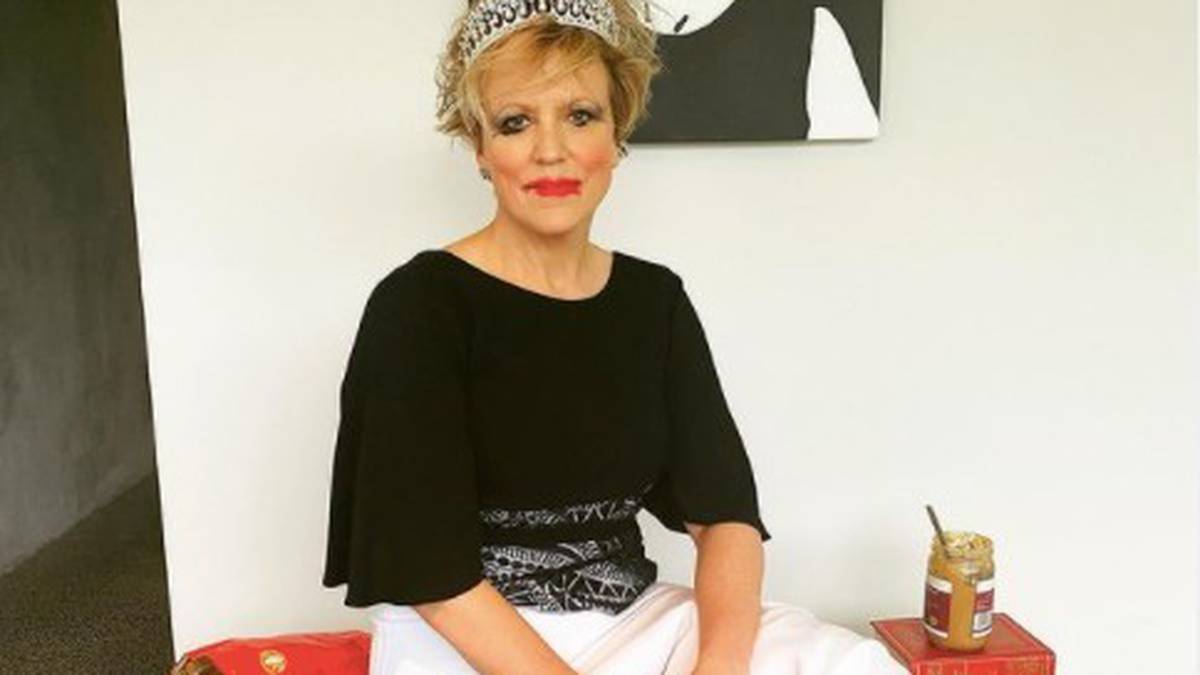 It’s the question on all Aucklanders’ minds as the city reaches the end of another week in level 4 lockdown – and Seven Sharp host Hilary Barry has once again captured the mood of the nation.

For this week’s instalment of Formal Friday, in which the TV host encourages Kiwis to dress up at home, Barry posed barefoot with smudged makeup and messy hair among an open bag of chips, peanut butter and empty cans.

She is all of us on a lockdown Friday – but she still retained the tiara that features in every formal Friday post.

This week’s outfit struck a note with countless others who commented on her post.

“SHE IS ART! GET THEE TO TE PAPA!” wrote Kiwi actress Madeleine Sami.

“You sum it up perfectly, but still look amazing,” wrote another.

She shared a photo of herself in a white dress and her signature tiara.

“Donned my whites for a bit of backyard cricket. Had to watch out for Mr B’s googly though,” she shared on Twitter, showing off her batting stance.

Her followers shared their delight at her formal Friday outfit – and it inspired a hilarious meme.

“This! This is what NZ needs on a Friday,” a Twitter user shared. “Thanks @Hilary_Barry for making my day!”

Another person shared: “We’ve just been knocked for 6, Hilary! Knockout!”

“Who would have thought my brief tenure in the Queen Margaret College 1st XI would take me so far?