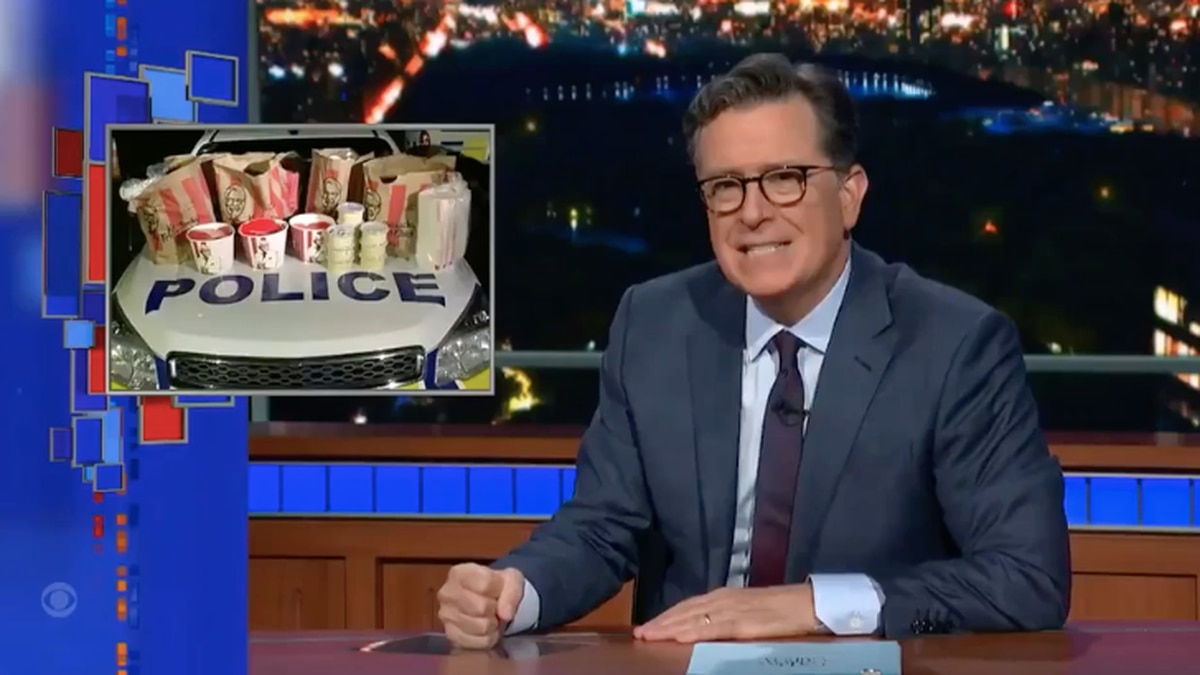 The KFC haul apprehended by police did not just make headlines in New Zealand – and even Stephen Colbert had a few (hilarious) words to say about it.

The Late Show host, who has a known fondness for Aotearoa, included the news of the “car boot-full of KFC” during his monologue, pointing it out as an example of “what counts as illicit” in New Zealand.

Colbert mentioned the news of the gang associates who tried to enter Auckland with $100,000 in cash and their car boot full of KFC, last weekend. They were caught by police and are accused of breaching Covid-19 restrictions.

“Oh, New Zealand. That’s what counts as illicit for you? In America, we’ve got meth-heads getting busted for cooking Viagra bath salts [which would give a user] the most terrifying boner you’ll never escape.”

He also took exception to the fact that the “Kentucky Fried Bandits” attempted to smuggle ten tubs of coleslaw into the locked down city.

“Apparently, these Kentucky Fried Bandits were attempting to smuggle in three buckets of chicken, a big stash of fries and 10 tubs of coleslaw. Ten tubs of coleslaw? Arrest them for that! Who looks at mac & cheese and mashed potatoes and says ‘You know what I could go for? Wet cabbage’,” he said.

News of the KFC smugglers made headlines all over the world, with many global news outlets using the photo released by NZ Police, showing the KFC bags and drink cups on top of the hood of a police car.

It’s not even the first time this month that Colbert mentions New Zealand in his talk show.

Earlier this month, the talk show host poked fun at the Auckland Hospital patient sex incident, which Prime Minister Jacinda Ardern was asked about during a Covid presser.