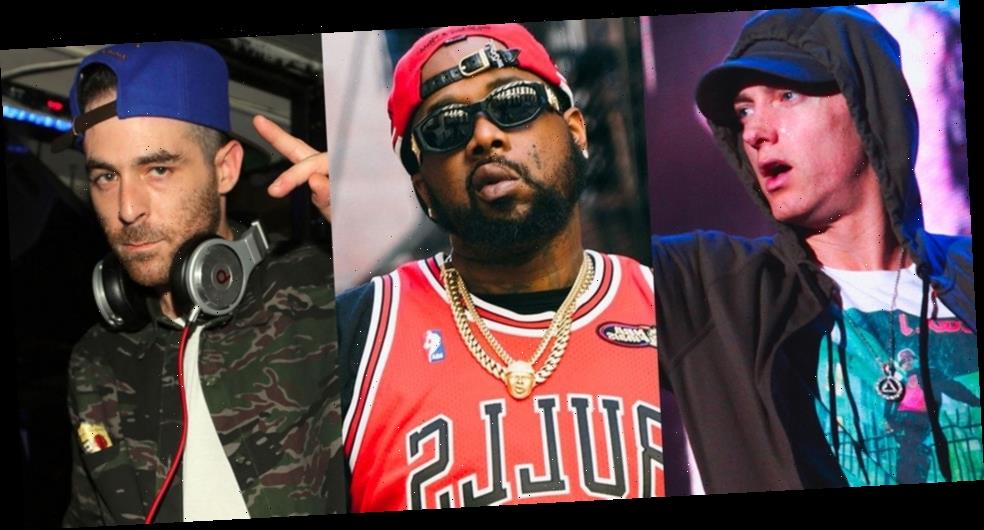 After reports surfaced of a collaborative project with Eminem and The Alchemist, Conway The Machine added even more fuel to the fire by retweeting the rumor on social media.

The original tweet, made by an account dedicated to news regarding Eminem and Shady Records, read, “POSSIBLE PROJECT IN COLLABORATION BETWEEN EMINEM, CONWAY AND ALCHEMIST CAN BE ON THE WAY, NOTHING CONFIRMED UNTIL THE MOMENT!!!” Conway retweeted the rumor with a suspicious emoji but replied, “I’m just here for the comments.”

It’s difficult to tell whether the Griselda titan is just playing with fans as he’s known to share cryptic tweets — most of which he debunked himself. The collab itself doesn’t seem impossible, however, as the trio has strong ties with each other; Conway is set to release his awaited Shady Records debut this 2021, he and Alc released their collab album LULU in 2020 and, as we all know, Alc is the DJ of Eminem.