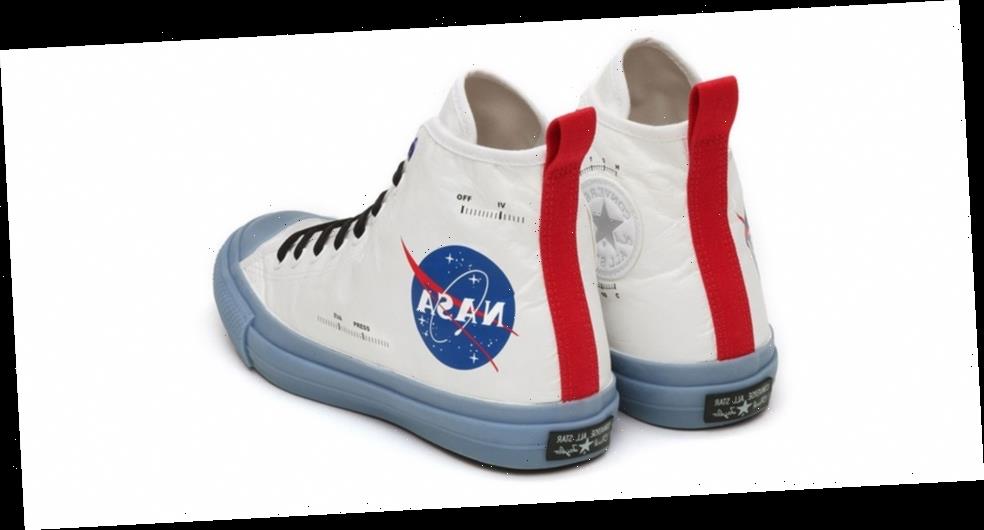 One would have been forgiven for thinking that Converse Japan‘s recent tinkering with DuPont’s Tyvek was the extent of the footwear imprint’s textile exploration. However, the Japanese Converse branch is back at it, taking DuPont technologies back to outer space with two Chuck Taylor All Star 100 “Spacesuits” Hi sneakers.

Offered in two distinct makeups as part of Converse Japan’s ongoing All Star 100 series that celebrates the Chuck Taylor’s 100th anniversary, each iteration of the “Spacesuits” Hi features a crinkly Tyvek upper and thematic accents. These range from the classic “Meatball” logo to various inverted measurement specs to the patriotic tones of red, white and blue. These being the All Star 100 models, both shoes feature REACT insoles (complete with unique Apollo 11 and Space Shuttle Columbia graphics), water-repelling laces and slightly thicker rubber soles.