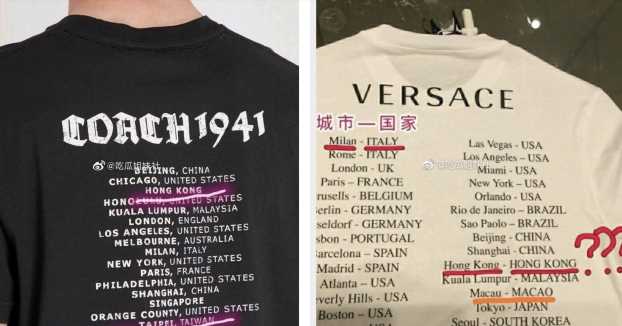 Powerhouses of fashion Coach, Givenchy, and Versace are apologizing to Chinese consumers for selling T-shirts that have caused angry citizens to call for a boycott of the brands.

Images of the shirts began circulating online over the weekend. Each of the designs featured lists of various prominent cities next to their respective countries.

All three brands listed Hong Kong as a separate country. Coach and Givenchy also listed Taiwan, a region whose sovereignty is claimed by mainland China, similarly as a separate nation. Versace also listed Macau, a special administrative region of China, as a separate state. 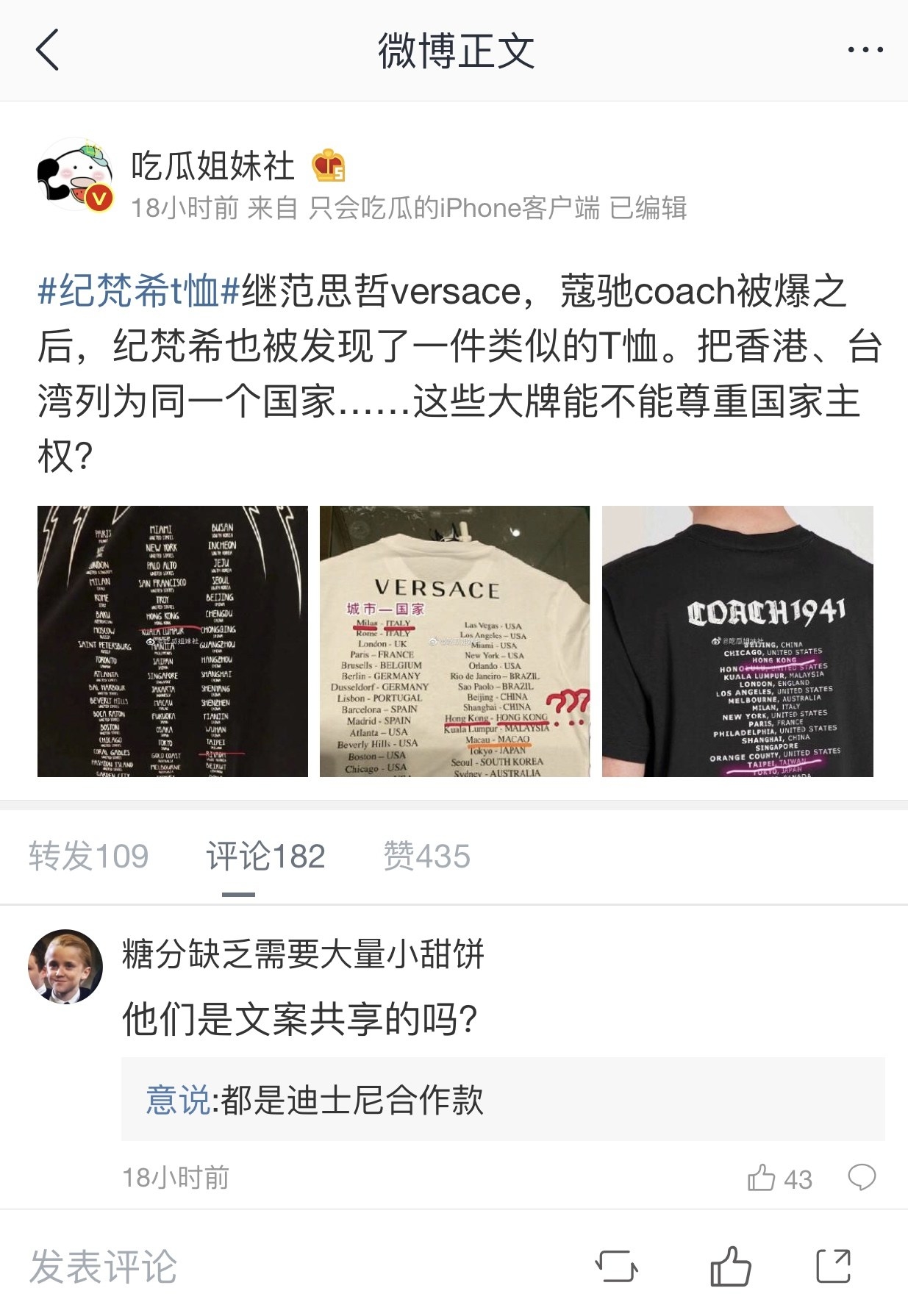 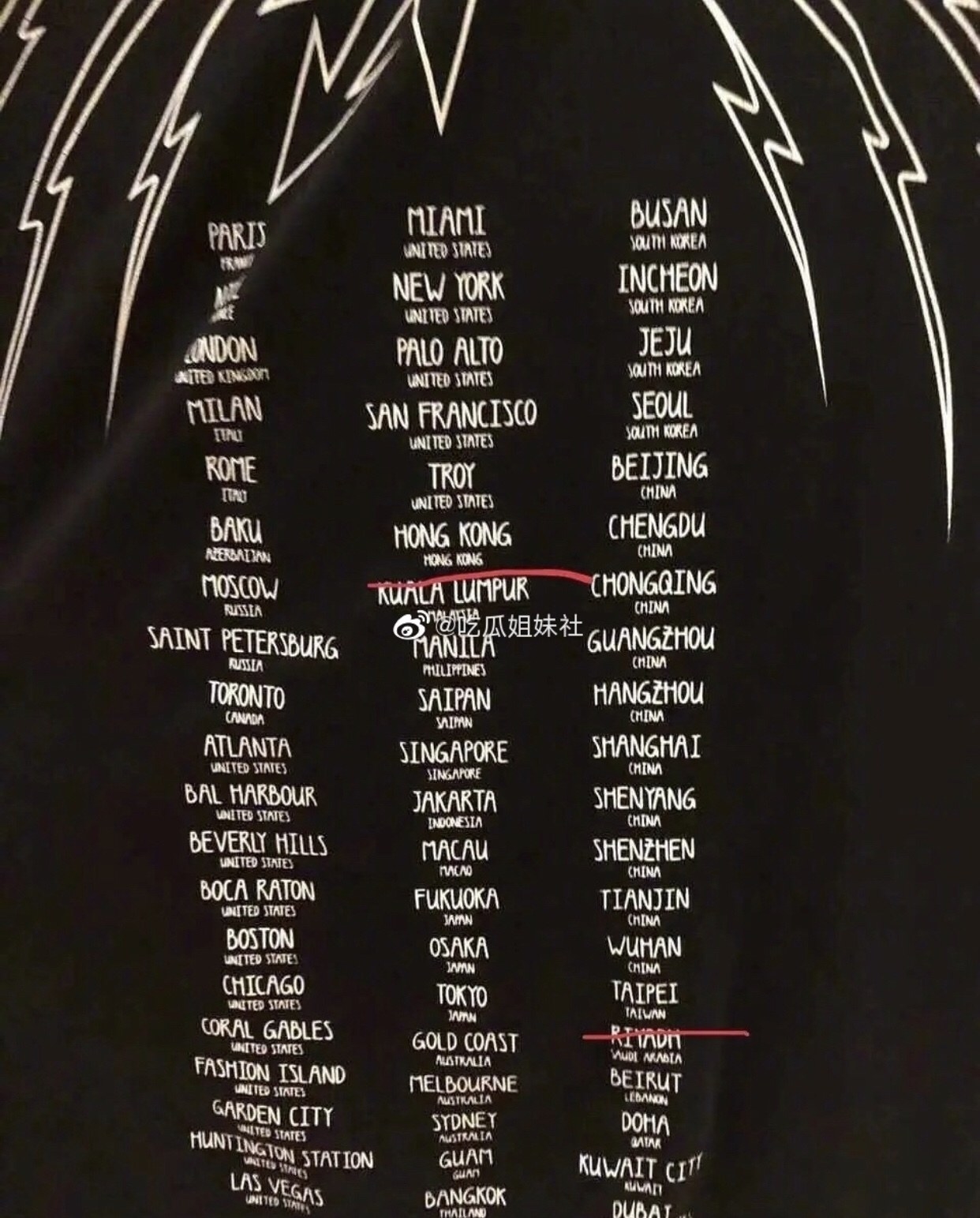 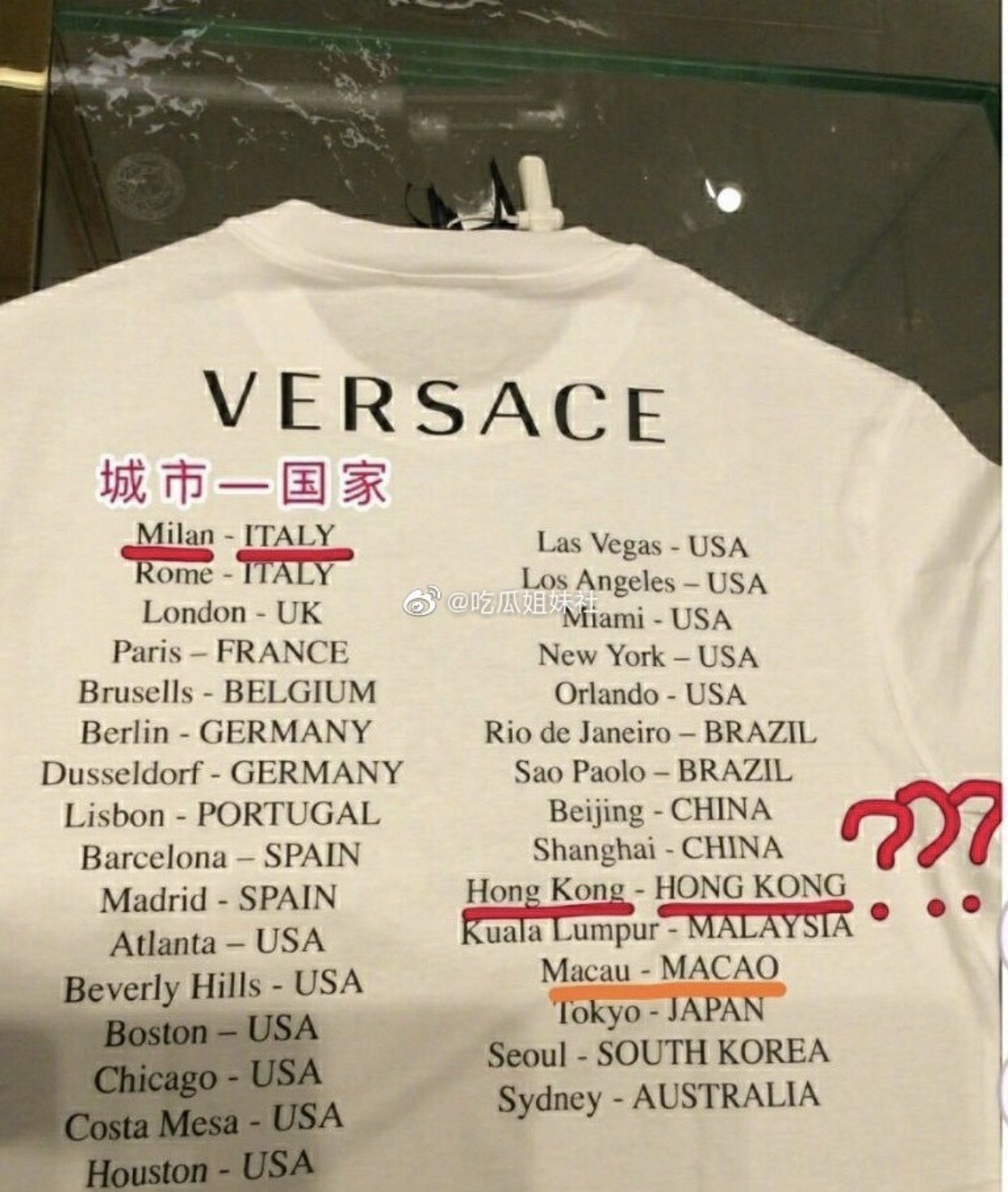 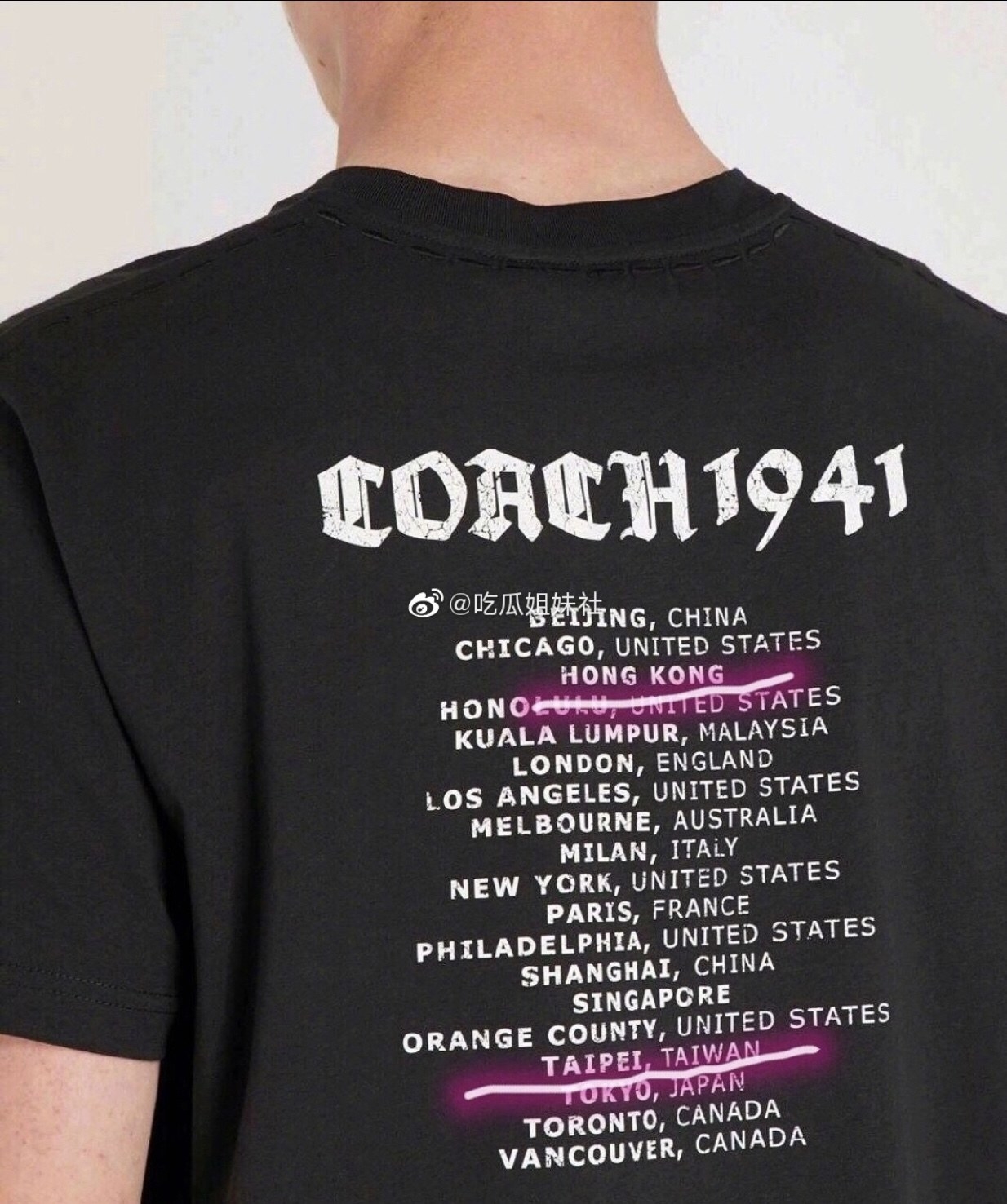 After the images began going viral on Weibo, many users began calling out the companies and called for the boycott.

The three brands have all apologized via social media and said they have stopped selling the T-shirts.

On Sunday, Versace posted on Twitter, saying that the brand “accepts accountability and is exploring actions to improve how we operate day-to-day to become more conscientious and aware.”

Donatella Versace offered a personal apology on her Instagram, saying that she had never “wanted to disrespect China’s National Sovereignty.”

Many Chinese celebrities have severed ties with the companies in light of the controversy. Actor and singer Yang Mi, who was previously a brand ambassador to Versace, announced the termination of her contract with the fashion house through the Weibo account of her studio, Jiaxing Xingguang.

Supermodel Liu Wen, one of Coach’s brand ambassadors, also announced her resignation with the label on the social media platform, according to CNN.

Jackson Yee, the youngest member of the Chinese boy band TFBoys, followed in the same footsteps of Mi and Wen by declaring on Weibo that he would no longer be working with Givenchy. 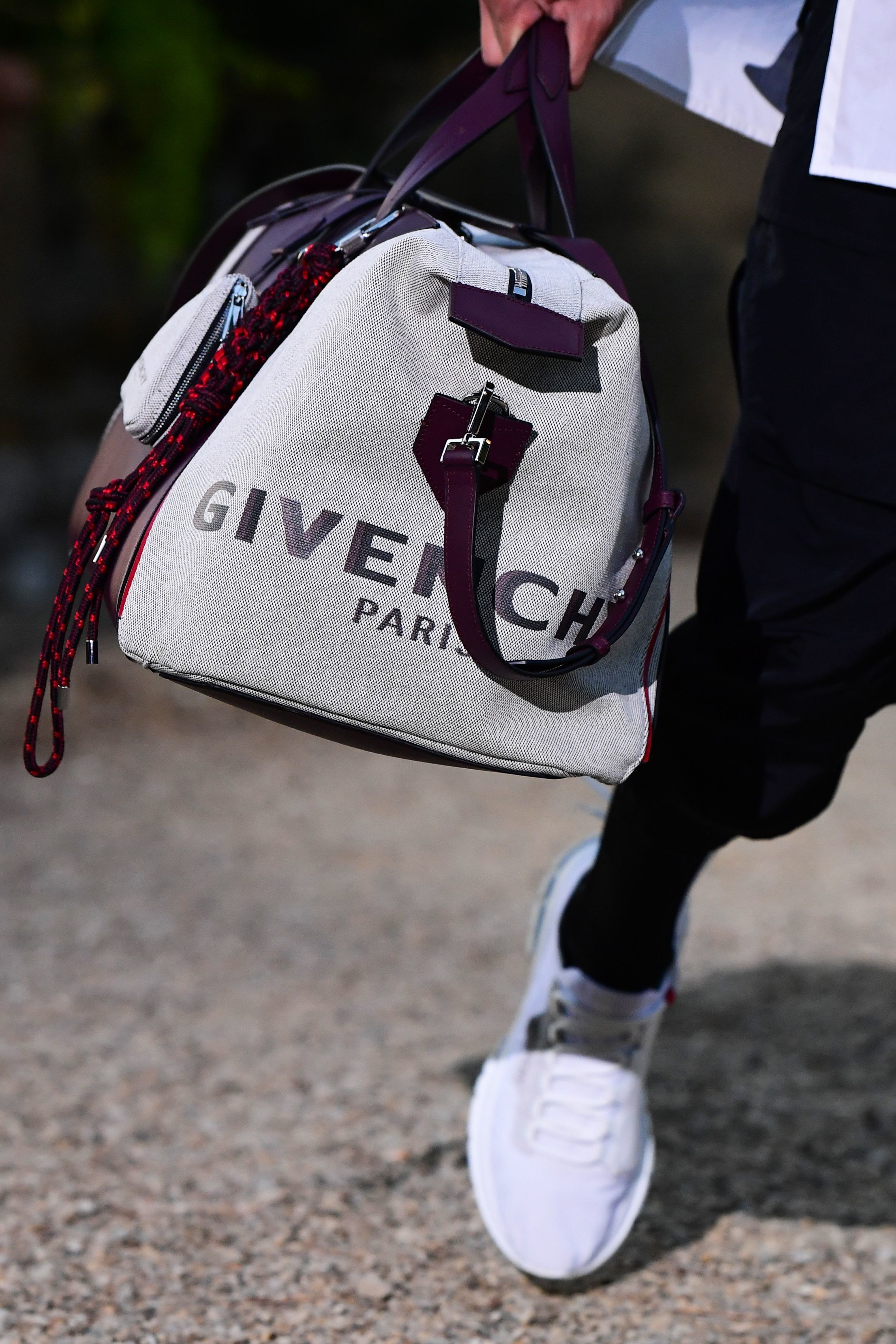 These three brands are not the first to apologize to Chinese consumers recently.

On Monday, Japanese footwear company Asics issued an apology on Weibo for listing Hong Kong and Taiwan as independent countries on its English website, according to the Washington Post.

In May, the Gap apologized for omitting Taiwan and Southern Tibet on a map that was branded on a T-shirt the company was selling.

The controversy over the shirts comes at a chaotic time as Chinese rule over various regions, specifically Hong Kong, is being questioned.

In June, hundreds of thousands of protesters lined the streets of Hong Kong to protest the emergence of a bill that would allow the extradition of suspects to be sent to mainland China, which has separate economic and political systems than Hong Kong.

Opponents of the bill fear that the legislation could erode the rights that they currently have, and have continued to protest, even in light of the dangers of police violence.