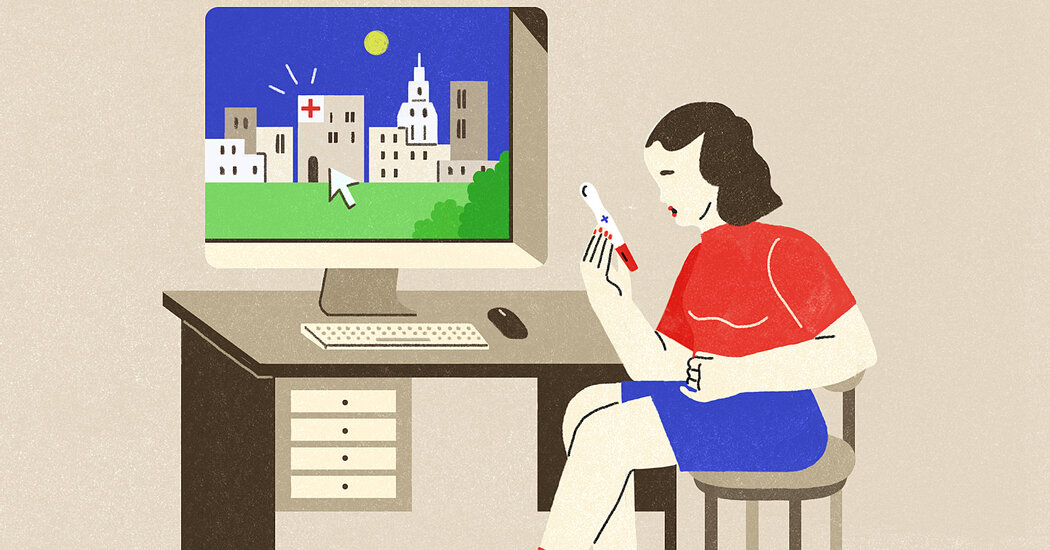 Abortion is once again a prominent source of controversy, restrictive legislation and, for many, great distress. A little background may help put this in perspective.

Fifty years ago last fall, after New York State adopted the most lenient abortion law in the country, many out-of-state women with unwanted pregnancies sought help from New York doctors.

On assignment from The Times, I accompanied two such women from Minnesota through their newly legal New York abortion experience. One was a Catholic woman on birth control pills, the mother of three children all with serious birth defects whose husband threatened to abandon the family if she had another child. The other was a 17-year-old who didn’t know that she got pregnant after her high school prom, not weeks later at her graduation party. Both women had abortions safely performed by reputable New York gynecologists.

It was an emotionally fraught experience, but not nearly as harrowing as one I’d endured five years earlier when an unmarried friend with neither money nor access to a safe medical abortion tried in vain to terminate her pregnancy by drinking turpentine.

It is a different world today, with many more and better contraceptives and a 1973 Supreme Court ruling, Roe v. Wade, that protects a woman’s right to choose abortion, now becoming increasingly curtailed by state-imposed restrictions and subject to the possibility of being overturned by the court. At the same time, according to a recent report, more women with unwanted pregnancies are finding a safe way to end them on their own using medications licensed by the Food and Drug Administration.

Though dangerous methods — the proverbial coat-hanger abortions — are now relatively uncommon, they are by no means gone. Despite current availability of highly effective contraception covered for most women by the Affordable Care Act, the problem of unwanted or ill-timed pregnancies is still very much with us and likely always will be.

According to the Guttmacher Institute, a champion of reproductive rights that gathers solid data on abortion and related issues, nearly a quarter of women in the United States will have an abortion by age 45. The institute states that three-fourths of women seeking abortions are poor or low-income, and more than half are already mothers who for various reasons — monetary, medical, emotional, societal or professional — cannot now afford to have another child.

In the report, published in December in JAMA Network Open, a research team headed by Lauren Ralph, epidemiologist in reproductive medicine at the University of California, San Francisco, found in a nationally representative survey of 7,022 women aged 18 to 45 that 1.4 percent admitted to having tried to terminate a pregnancy without medical assistance. Such self-managed abortion attempts were more than three times as common among Black and Hispanic women than non-Hispanic white women, with finances playing an important role; 15 percent of respondents in the survey were living below the federal poverty level.

Adjusting for the known level of underreporting of abortion, the research team “estimated that 7 percent of U.S. women will attempt self-managed abortion at some point in their lives,” often using ineffective and sometimes dangerous methods. Dr. Ralph said that data from abortion clinics on how many women had first attempted to induce abortion on their own greatly underestimates the true number of self-managed abortions because more than one in four attempts were likely to have been successful.

Among women in the study, nearly half reported using the licensed abortion drug misoprostol or another medication in their most recent attempt to self-terminate a pregnancy, while 38 percent used herbs they heard could induce abortion, and nearly 20 percent used a physical method, such as being hit in the abdomen. Nearly 28 percent said they had succeeded in ending the pregnancy. Among those who had failed, 33.6 percent subsequently had abortions at a clinic (often 100 miles or more from home), and 13.4 percent continued the pregnancy. Eleven percent said they had suffered a complication following their self-attempt at abortion.

The most common reasons they gave for having tried to end a pregnancy on their own, without involving the health care system, were that it seemed easier or faster, that the procedure at a facility was too expensive and that the nearest clinic was too far away. Although this survey did not include adolescents, pregnant teens are often reluctant or unable to seek parental consent that many states require for a medically supervised abortion, which prompts some teens to attempt a self-induced abortion.

According to Dr. Ralph and co-authors, “abortion clinics and practitioners report caring for an increasing number of individuals who have attempted self-managed abortions.” The researchers predicted that efforts by women to induce abortions on their own will become increasingly common as access to facility-based abortion care continues to decline.

For instance, the last clinic in Missouri that provides abortions, operated by Planned Parenthood, could be forced to stop the practice in a dispute with state regulators. It won a reprieve to continue operating through next May. Missouri and Mississippi are among a number of states in which lawmakers have banned abortions in early pregnancy, and most recently Texas banned all abortions after six weeks of pregnancy, a point at which the vast majority of women don’t yet know they are pregnant. Last month, the Supreme Court accepted a case that could result in overturning Roe v. Wade.

“As more abortion clinics close and restrictions increase, the convenience of self-managed abortions will likely make them more prevalent,” Dr. Ralph said in an interview. “Just because states make abortion more difficult to access doesn’t mean the need for abortion will go away. We should make sure that women have the safest and most effective methods available.”

She noted that pandemic-induced limitations on in-person medical visits may have made it easier for women in many states to access self-managed abortion in their homes. More doctors are now willing to provide abortion counseling over the phone and may even “distribute abortion medication by mail or hand it to women in the parking lot,” she said.

Used correctly within 70 days of the start of a woman’s last menstrual period (10 weeks gestation), medical abortion is effective in ending pregnancy more than 95 percent of the time, the Guttmacher Institute has reported. There are two prescription drugs, best used in combination, that can induce abortion early in pregnancy. One, an oral drug called mifepristone, is taken first to block the hormone progesterone needed for pregnancy to continue; the other, misoprostol, is dissolved in the mouth or inserted vaginally one or two days later to induce contractions and expel the contents of the uterus, ending the pregnancy.

Mifepristone access is rigidly controlled and can be difficult for doctors to prescribe, but misoprostol, which was licensed as an ulcer drug, is readily available in pharmacies with a doctor’s prescription and is usually effective in ending an early pregnancy even without mifepristone. Some women have ordered misoprostol online or obtained it from Mexico or elsewhere.

Still, even with such drugs, if clinic access continues to decline or Roe is overturned, most women past 10 weeks of pregnancy might have no safe, legal access to abortion.