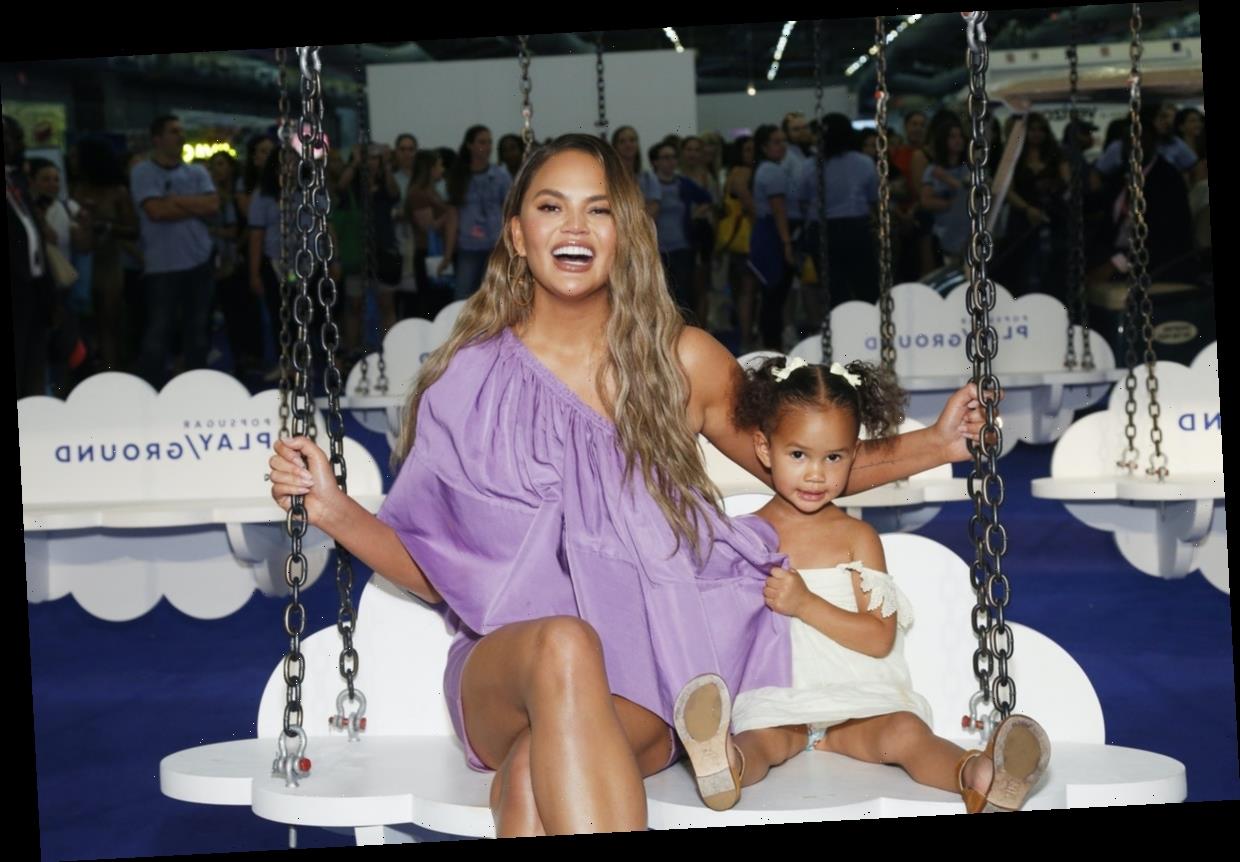 "It’s really hard to teach them about their privilege; there are no books for that."

Chrissy Teigen’s children are still young, but they’re already having hard conversations about race, privilege, and current events. In a new interview with Marie Claire, Chrissy Teigen opened up about raising Black children with privilege while talking about the current political climate and her decision to spend less time on social media. The cookbook author explained that while her therapist has advised her to take a break from Twitter and Instagram, she feels guilty about the timing of her online hiatus.

"Part of me right now knows this is not the right time to go silent," Teigen said. "It does feel very selfish and weird to say that my mental health is important when there are people being murdered by police and murdered in their own homes. Who gives a f*ck about someone making fun of me when people’s livelihoods are being threatened just for telling their stories? I have Black children, so is it really the right time to not want to step on anyone’s toes?"

In addition to finding an ideal balance between her social media presence and her activism, Teigen explained that she’s also trying to find a way to talk to her children — 4-year-old Luna and 2-year-old Miles — about the state of the world. "There are books that I read when I became a mom that would explain to them hard and traumatic situations," she revealed, before noting that she and her family also have to navigate issues of privilege in addition to having tough conversations about race. "But it’s really hard to teach them about their privilege; there are no books for that. But regardless of money or status, they’re always going to have their skin color."

Teigen continued, "When it comes to them being treated differently because of the color of their skin, I’m going to look to John [Legend] for a lot of help with that because while they are Asian and white too, their skin color is Black." So far, she said they’ve been navigating difficult discussions by just trying to be as honest and straightforward as possible. "We just try to talk to them like little adults, saying it in words they’ll understand, making it known that it’s very serious, and letting them ask as many questions as they need."

The Cravings founder also revealed that she’s seen firsthand the ways that privilege and fame don’t protect Black Americans from racism, recalling an incident from 2010 in which she and Legend were harassed by two "neighborhood-watch-type" white men in Fredericksburg, Virginia. "We were in a nicer neighborhood at night, driving slowly, looking for John’s godmother’s home," Teigen said, recalling that after "two guys in a pickup truck" followed them and asked what they were looking for, "they literally said, ‘Get your asses out of here!" and proceeded to follow us all the way into her driveway. They got out of the car and stared at us as we knocked on the door and went inside. It was a terrible, scary experience."

While the incident left Teigen completely shaken, she explained that it wasn’t until she saw her husband’s reaction that she realized the extent of what he and other Black men have to go through every day. "It was horrifying and could have gone wrong so quickly," she said. "I was sobbing afterward for hours, and I noticed John wasn’t emotional about it. Seeing that he wasn’t very thrown by it was really upsetting because he obviously had experienced it before."

Despite the fact that Teigen feels that President Trump has made people feel "confident in their ways of being open about their racism," she does ultimately feel hopeful that things will get better. "[I hope Luna will] be afforded all the opportunities that men are afforded and look around at a meeting and see people who look like her," Teigen, who is pregnant with her third child, said. "I hope that she’s never afraid to speak up and knows that other women will have her back. And I really hope she knows there are good men out there like her daddy who will support her and not talk down to her and demean her."