It turns out that there may have been some truth to those reports that Chris Noth was considering opting out of the “Sex and the City” revival.

In an interview with Yahoo! Finance Live over the weekend, Noth revealed he was “at first hesitant” to reprise his role as Carrie Bradshaw’s on-again, off-again love interest Mr. Big in “And Just Like That…,” which is currently in production in New York.

“It was a little bit of a creative negotiation, because I didn’t really feel I had anything to offer in that role again,” the actor said. “It kind of felt like I had done it.”

Noth went on to credit writer and director Michael Patrick King with convincing him to join the project, which also stars Sarah Jessica Parker, Kristin Davis and Cynthia Nixon.

“Once we got together and talked about the potential of what we could do with the character, I was all in,” Noth said. 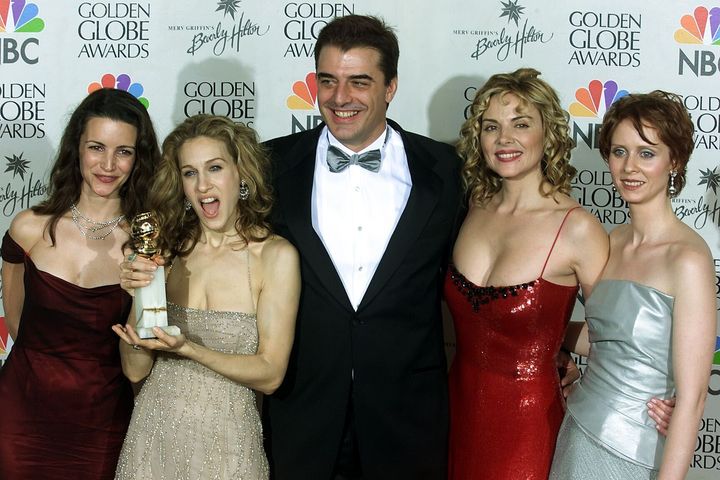 King, who wrote for all six seasons of “Sex and the City” and directed both films, confirmed last month that Noth had joined the new show’s cast. “I’m thrilled to be working with Chris again on ‘And Just Like That…,’” he said in a statement. “How could we ever do a new chapter of the ‘Sex And The City’ story without our Mr. Big?”

In February, however, The New York Post’s Page Six reported that Noth wasn’t expected to be a part of the series. The report also suggested that David Eigenberg wasn’t planning to return as Miranda’s husband, Steve Brady. Eigenberg’s casting, however, was confirmed by Variety and other outlets earlier this month.

Details about “And Just Like That…” are scarce, but we do know that HBO Max’s 10-episode series will follow Carrie Bradshaw (played by Parker), Charlotte York-Goldenblatt (Davis) and Miranda Hobbes (Nixon) as they navigate their 50s. Joining the cast is “Grey’s Anatomy” actor Sara Ramírez, who will play Che Diaz, a queer and nonbinary stand-up comedian.

Notably absent from the project, however, is Kim Cattrall, who played Samantha Jones. In 2017, Cattrall declined to join a third “Sex and the City” film amid reports of a behind-the-scenes feud with Parker.

A release date for “And Just Like That…” has not yet been announced.