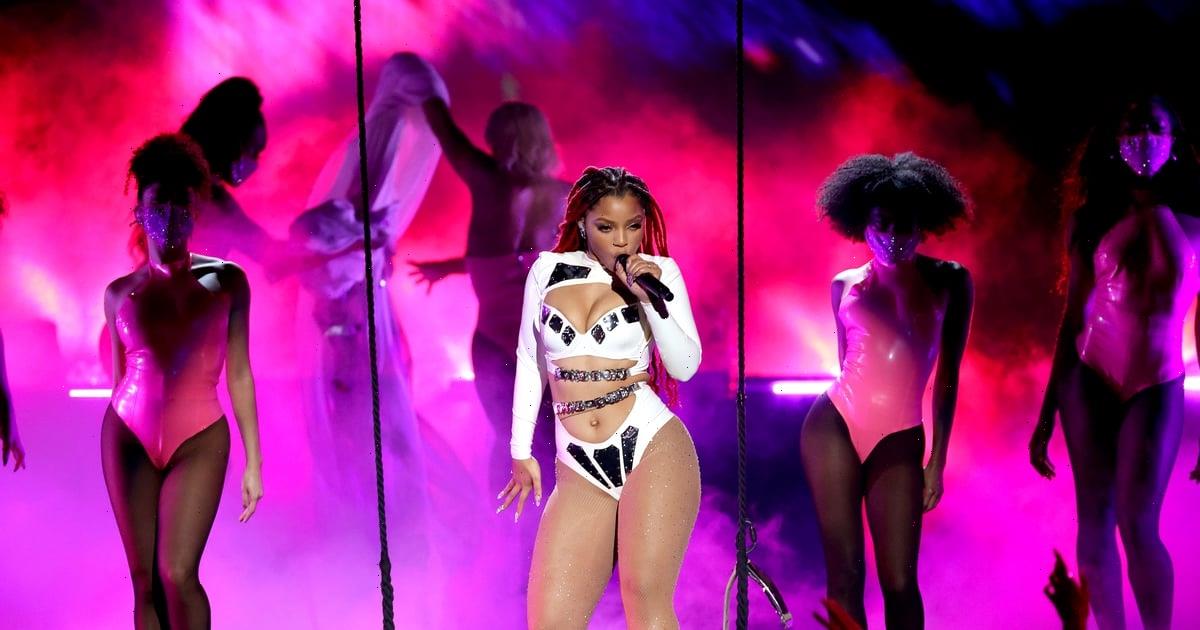 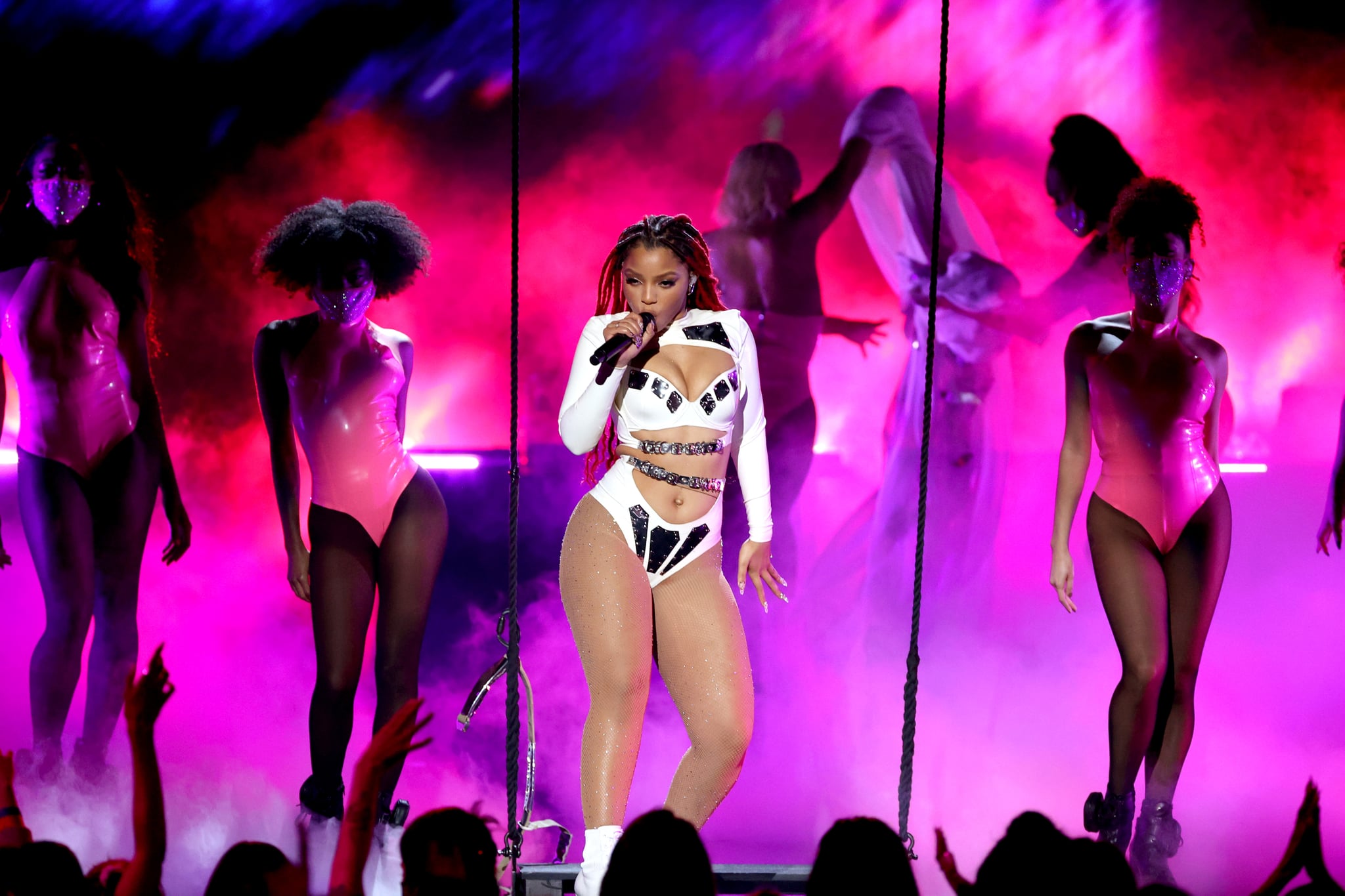 When it comes to live performances, Chlöe can do no wrong. The 23-year-old singer hit the stage on Sunday to perform her single “Have Mercy” at the 2021 American Music Awards, and it’s everything we hoped it would be. Between floating down from the ceiling in her breathtaking ensemble and her impressive step routine, Chlöe gave us everything she had on that stage. The performance also marked Chlöe’s first time singing solo at the AMAs.

So far, it seems like Chlöe is two for two with her solo performances. She absolutely nailed her solo debut at the MTV VMAs this year, bringing a live version of her Medusa/sorority-influenced “Have Mercy” video to life at the Barclays Center. And just two months after declaring her solo career, Chlöe is already teasing new music. She shared a clip of the forthcoming song, seemingly titled “Flex,” on Instagram on Nov. 13 with the caption, “nun’ but a lil light flex…”