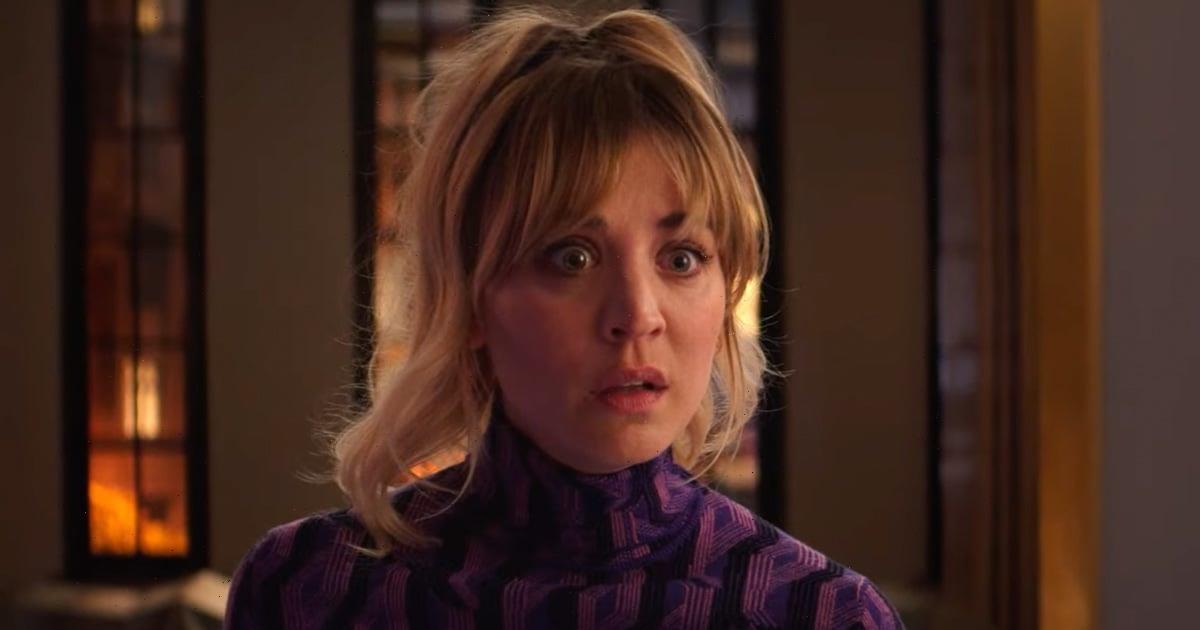 Cassie Bowden’s deceptively perfect life is about to come crashing down all over again. On March 17, HBO Max released the official trailer for “The Flight Attendant” season two, and Kaley Cuoco is seeing double. “So most of you know my story by now but, um, I’m still a flight attendant and I’ve been making better choices,” Cassie says during an AA meeting in the season two trailer. “I moved to LA, met this great guy, picked up a part-time job. I kind of feel like I’m turning into this whole new person.”

In reality, Cassie is more miserable than ever before, terrified to take a drink “because if I have one drink, bad things happen.” After Cassie is shown reading a copy the 1954 psychological thriller “D’entre Les Morts” (The Living and the Dead) by Pierre Boileau and Thomas Narcejac — not exactly great for her nerves — the trailer flashes to familiar faces like Megan (Rosie Perez) and Shane Evans (Griffin Matthews), and a mysterious woman in a black coat walking away from a massive street explosion.

Through it all, Cassie’s more cynical alter ego is there, making constant attempts to coax her back into drinking. “Cheers to making better choices, baby!” other Cassie says, setting up a whirlwind second season. Keep reading to find out more about season two of “The Flight Attendant,” including the much-anticipated premiere date and watch the trailer above.