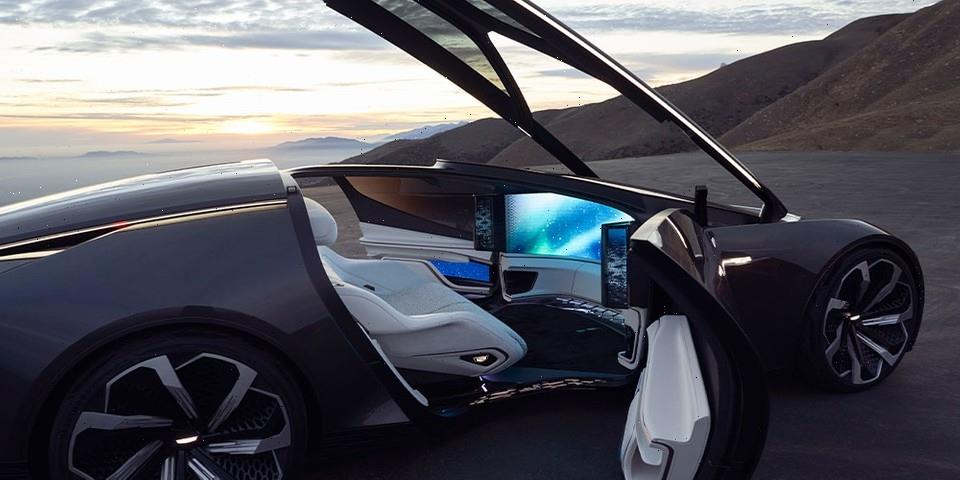 Cadillac expands its autonomous future mobility with the launch of its InnerSpace concept, a two-passenger luxury electric vehicle.

Through cutting-edge technologies and a comfort-focused design, Cadillac is hoping to elevate its passengers’ experiences with the fully autonomous InnerSpace vehicle. With this futuristic concept, Cadillac promises to enhance the well-being of its passengers by providing an effortless way of travel “through extraordinary means.” InnerSpace was introduced at CES 2022 as a part of its Cadillac Halo Concept Portfolio. Bryan Nesbitt, GM executive director explained, “They are visions for the next decade and beyond, showing the possibilities enabled by General Motors’ comprehensive approach to autonomous drive technology with the goal of a world with zero crashes, zero emissions and zero congestion.”

Two Halo concepts were announced last year at CES, one of which was the PersonalSpace, a single-seat, personal vertical takeoff and landing concept that allows the passenger to move out of the way of congested ground traffic. The second, the SocialSpace, was marketed as a luxury space for up to six people to recharge and relax. Conceptually, the aim of the portfolio is to provide a space for consumers to find solace and respite. With full autonomy being a major selling point, it hopes to relinquish the responsibility of vehicle control for Cadillac drivers.

The InnerSpace concept vehicle has just a two-seat loveseat that is surrounded by screens within the interior of the car. There are no steering wheels or pedals and features a built-in ottoman and offers even a compartment for slippers and a blanket. Nesbitt talks about the purpose of the concept vehicles stating, “Electrification and autonomous driving will fundamentally change the role of vehicles and the experiences customers have with them. We’re exploring where that will go with these innovative concepts, envisioning mobility as an ally of wellness, giving customers the ultimate luxury, more personal time rather than taking it.”

Take a look above or below at the InnerSpace concept car.