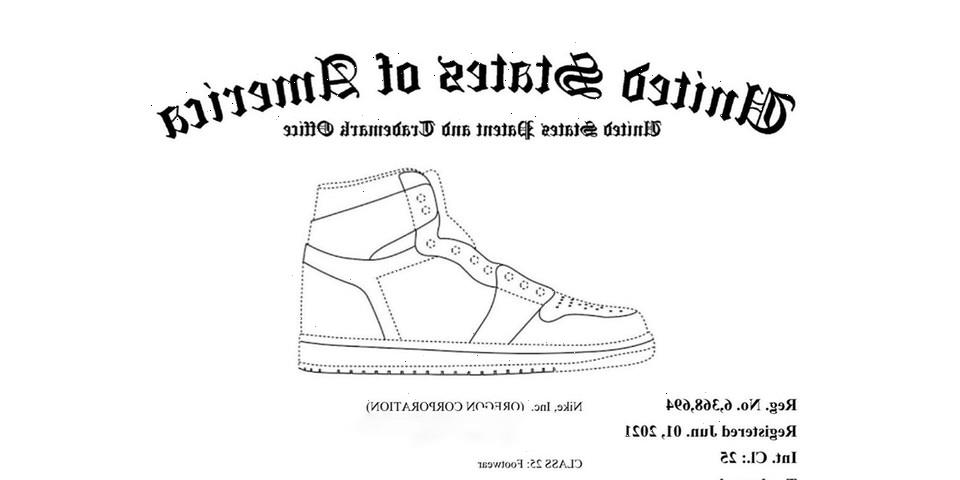 Jordan Brand‘s Air Jordan 1 has been the subject of a prolific amount of bootlegs over the past year-plus — ranging from Fugazi’s six shooter-adorned “One in the Chamber” shoes to ineverheardofyou’s middle finger-equipped iterations. Now, however, Nike Inc. has struck a blow against bootleggers and gained a new level of protection for Michael Jordan‘s first signature sneaker as the Air Jordan 1, Air Jordan 1 Low and Air Jordan 1 Low SE have all received federal trademark protection from the USPTO.

Originally reported by Sneaker Law Firm, an outfit that bills itself as the “first law firm focused on sneakers and streetwear,” the Air Jordan 1’s new designation means that the silhouette is recognized as a unique product by the US government. Because of this, Nike has significantly more leeway to pursue brands or individuals who “bootleg” or copy the design without making significant changes to its structural composition. Of note is that there doesn’t appear to be trademark protection for the Air Jordan 1 Mid, possibly because it’s similar to the AJ1 High in every way except collar height.

Of course, Nike has vigorously protected its intellectual property in the past. In 2020, Nike won an injunction against designer Warren Lotas and his Reaper sneakers, which were heavily “inspired” by Nike’s SB Dunk Low. Lotas was prevented from selling the shoes apart from the pre-orders he’d already shipped, and reached a confidential agreement with the Swoosh in December 2020. Back in 2006, Nike also brought legal action against Ari Saal Forman, an artist who created the cult classic Menthol 10s — an Air Force 1-inspired silhouette done up in a Newport cigarette box color scheme.

Elsewhere in the world of the Swoosh, you can take a look at the Air Jordan 1 “Patent Bred.”
Source: Read Full Article