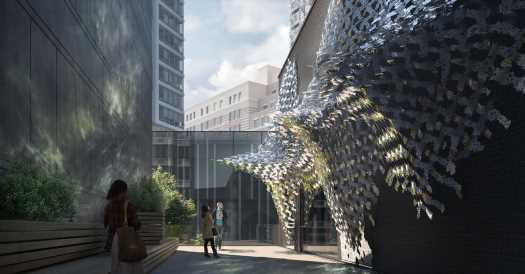 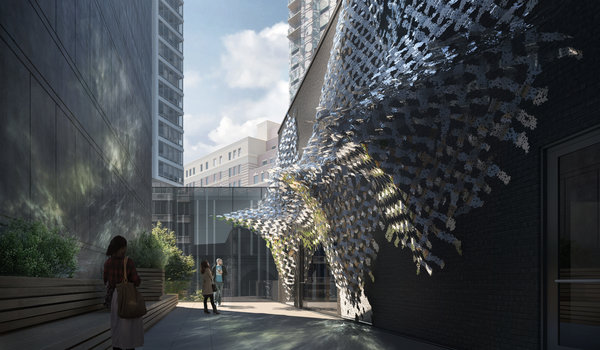 The Brooklyn Academy of Music plans to add four new works of public art to its downtown campus, and has commissioned site-specific installations from three Brooklyn-based artists.

The new commissions are part of the BAM Robert W. Wilson Public Art Initiative, which was made possible in 2015 when the organization received a $3.5 million gift from Mr. Wilson’s charitable trust. Katy Clark, who succeeded Karen Brooks Hopkins as BAM’s president shortly after the program was announced, said there was “a little transitional delay” in the commission process while she got up to speed on the project.

“I think we realized when you do permanent public art, these are big commitments and some of the locations changed,” Ms. Clark said in a phone interview. “We wanted to take our time and be thoughtful and have a really thoughtful selection process.”

The installations will accentuate some of BAM’s new spaces, as well as BAM Fisher, which was completed in 2012, and the Sharp Building.

Ms. Fernández, whose work often responds to the natural world, will create an interactive installation called “Paradise Parados” for the outdoor terrace above the Rudin Family Gallery at BAM Strong, a new space that connects to the BAM Harvey Theater and is slated to open in October.

Mr. Villareal’s new LED works will adorn buildings near the Sharp Building and his “Stars” installation. Around the corner, “Light Matrix” will fill the third-story windows of BAM Fisher, the organization’s performance and community space. And “Volume (BAM),” a mirrored LED sculpture, will hang at BAM Karen, a 32-story tower that has yet to be constructed across the street.

Mr. Thomas, a conceptual artist who often uses archival materials to explore injustice and inequality, will create an installation for the rear wall of the Sharp Building that will examine how the building’s history continues to influence its present.

“The concept of having art as something that unifies and also brings distinctiveness and is a little provocative, those are all things that are very characteristic of the Brooklyn cultural district,” Ms. Clark said. “It’s lovely for us to be able to do that through art, because that’s how we speak to the world.”

BAM also plans to announce one additional commission in the near future, bringing the total number of public works to six. Ms. Clark said that all of the new commissions should be unveiled over the next two years.