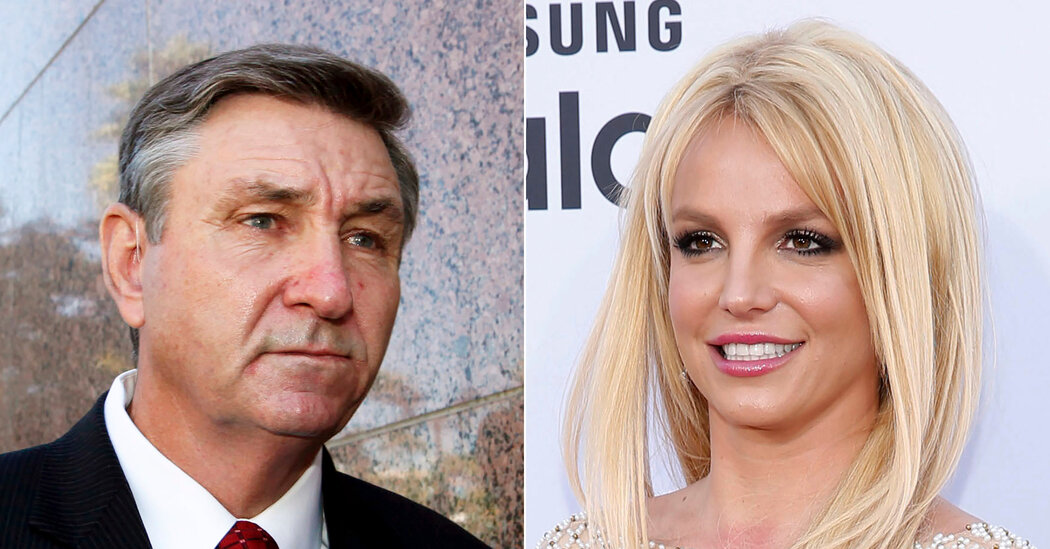 In an abrupt reversal after more than a year of fighting in court — and a much longer battle behind the scenes — Britney Spears’s father has agreed to eventually step aside from his long-running role overseeing the singer’s finances as part of the unique conservatorship that has governed her life since 2008.

Ms. Spears has called the conservatorship abusive and said she is afraid of her father, James P. Spears, vowing not to perform as long as he remained in charge. A new lawyer for the singer recently filed in court to have Mr. Spears immediately suspended or removed from his position as conservator of her estate.

Initially, Mr. Spears objected to the request and defended his work on behalf of his daughter. But in a new filing in Los Angeles probate court on Thursday, lawyers for Mr. Spears said that, while there were “no actual grounds for suspending or removing” Mr. Spears, he intended to work with the court to assure “an orderly transition to a new conservator.”

The lawyers did not provide a timeline for the change, and they steadfastly maintained that Mr. Spears had “saved Ms. Spears from disaster, supported her when she needed it the most, protected her and her reputation from harm, and facilitated the restoration of her career.”

“It is highly debatable whether a change in conservator at this time would be in Ms. Spears’ best interests,” the lawyers wrote. “Nevertheless, even as Mr. Spears is the unremitting target of unjustified attacks, he does not believe that a public battle with his daughter over his continuing service as her conservator would be in her best interests.”

Mr. Spears’s lawyers said that there was “no urgent circumstances justifying Mr. Spears’ immediate suspension,” but that he would be in position to step aside after resolving outstanding matters including financial accounting for the conservatorship in recent years.

The lawyers said that Mr. Spears had previously “been working on such a transition” with the singer’s court-appointed lawyer, Samuel D. Ingham III, who stepped down in July after representing Ms. Spears since the arrangement began.

Mathew S. Rosengart, a former federal prosecutor and Hollywood lawyer who took over as Ms. Spears’s representative last month, said in a statement, “We are pleased that Mr. Spears and his lawyer have today conceded in a filing that he must be removed.”

Mr. Rosengart added: “We look forward to continuing our vigorous investigation into the conduct of Mr. Spears, and others, over the past 13 years, while he reaped millions of dollars from his daughter’s estate, and I look forward to taking Mr. Spears’s sworn deposition in the near future.” The lawyer also reiterated his call for Mr. Spears to “step aside immediately.”

Mr. Spears, 69, first petitioned the probate court for legal authority over his daughter’s personal life and finances in early 2008, citing concerns about her mental health and potential substance abuse. By the end of that year, the arrangement, typically reserved for people who cannot take care of themselves, was made permanent.

Since then, Mr. Spears has controlled his daughter’s finances, including an estate worth around $60 million, sometimes with a professional co-conservator. Recently, a wealth-management firm that was set to join the arrangement as co-conservator with Mr. Spears requested to withdraw, citing Ms. Spears’s objections to the guardianship. Mr. Rosengart requested last month that a certified public accountant in California, Jason Rubin, be named conservator of Ms. Spears’s estate.

For years, Ms. Spears, 39, bristled behind the scenes at the strictures of the conservatorship, calling her father and his oversight over her oppressive and unnecessary given her continued success as a musician, according to confidential court records recently obtained by The New York Times. The singer also raised questions about the fitness of her father — who has struggled with alcoholism and faced accusations of physical and verbal abuse — as conservator, and she began officially seeking substantial changes to the arrangement in court last summer.

But the urgency of Ms. Spears’s requests ratcheted up in June, when the singer publicly addressed the conservatorship in detail for the first time, calling in court for it to end and singling out her father as “the one who approved all of it.” The singer said that those in charge “should be in jail.”

On Thursday, Mr. Spears said he would step down “when the time is right.” But in their largely defiant filing, his lawyers also criticized Mr. Rosengart for what they called his failure to “review the history of this conservatorship in order to understand factually what has actually occurred” or to “resolve matters cooperatively” in the weeks since he took over the case, noting that he had not yet been given full access to the court files.

“If the public knew all the facts of Ms. Spears’ personal life,” lawyers for her father wrote, “not only her highs but also her lows, all of the addiction and mental health issues that she has struggled with, and all of the challenges of the Conservatorship, they would praise Mr. Spears for the job he has done, not vilify him. But the public does not know all the facts, and they have no right to know, so there will be no public redemption for Mr. Spears.”

Mr. Spears also dedicated more than half of the 13-page filing to targeting his ex-wife and Ms. Spears’s mother, Lynne Spears, who has recently supported the singer in court after years outside the periphery of the conservatorship. Lawyers for Mr. Spears accused her of not accepting “the full extent to which Ms. Spears has had addiction and mental health issues or the level of care and treatment she needs.”

“Instead of criticizing Mr. Spears, Lynne should be thanking him for ensuring Ms. Spears’ well-being and for persevering through the years-long tenure requiring his 365/24/7 attention, long days and sometimes late nights, to deal with day-to-day and emergency issues,” the lawyers wrote.

Gladstone N. Jones, a lawyer for Lynne Spears, said on Thursday that the singer’s mother was “pleased Jamie has agreed to step down,” adding, “Lynne entered into this conservatorship to protect her daughter almost three years ago. She has accomplished what she set out to do.”

The next status hearing in the case is scheduled for Sept. 29.