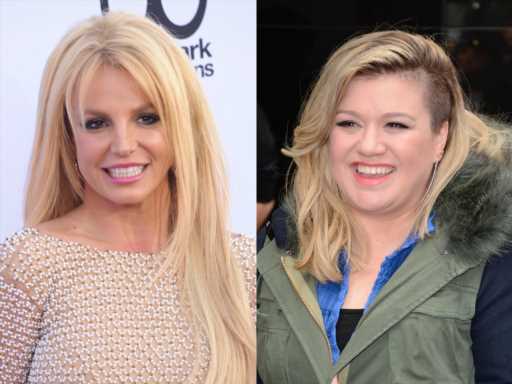 Well, here’s a feud we didn’t see coming. Britney Spears is calling out Kelly Clarkson for comments she made about her in 2007. While the events happened 15 years ago, the talk show host’s words obviously hurt the “Gimme More” singer’s feelings — and we know how much she’s been through over the last decade.

Clarkson’s comments happened while Spears was struggling with her mental health and everything around her was just going wrong — definitely a low point in her life. While doing a Q100 interview promoting her My December album, Clarkson discussed Spears’ album Blackout (often considered the best of her career) and joked, “Man, but wouldn’t it be funny if she’s just totally screwing with everyone?” Outside of her much-discussed 2007 MTV VMAs performance, Spears didn’t promote the album, but Clarkson had more thoughts about her situation.

“Cause it’d be real funny if she were like, ‘just kidding!’” she continued. “I mean, think about it. She’s done no press for her album, which I love by the way…She’s done no press, just gets so much press off all this other stuff.” We have to remember this was the height of the paparazzi and sex-tape era, so it’s possible that someone might get the idea that this was a publicity stunt. But fast forward to 2022, we know the sad reality of what Spears was going through — and she had a long overdue response for Clarkson.

In an Instagram post of her modeling a neon-green dress to Bazzi’s single, “Mine,” Spears addressed the 15-year-old words of Clarkson. “‘I don’t forget’ … don’t you just wish she would say she’s kidding ???” She wrote, “Clarkson … in a world where bullying has been heartbreaking, I’ve had my share …. Can we get an AWW ??? Psss … I’m not kidding … play on friends, play on !!!” There’s no response yet from Clarkson, but we wouldn’t be surprised if she reached out to her fellow pop star. It could be an opportunity for the women to connect through music because there’s nothing more healing than a soulful collaboration.

Before you go, click here to see stars who have been open about their struggles with depression.