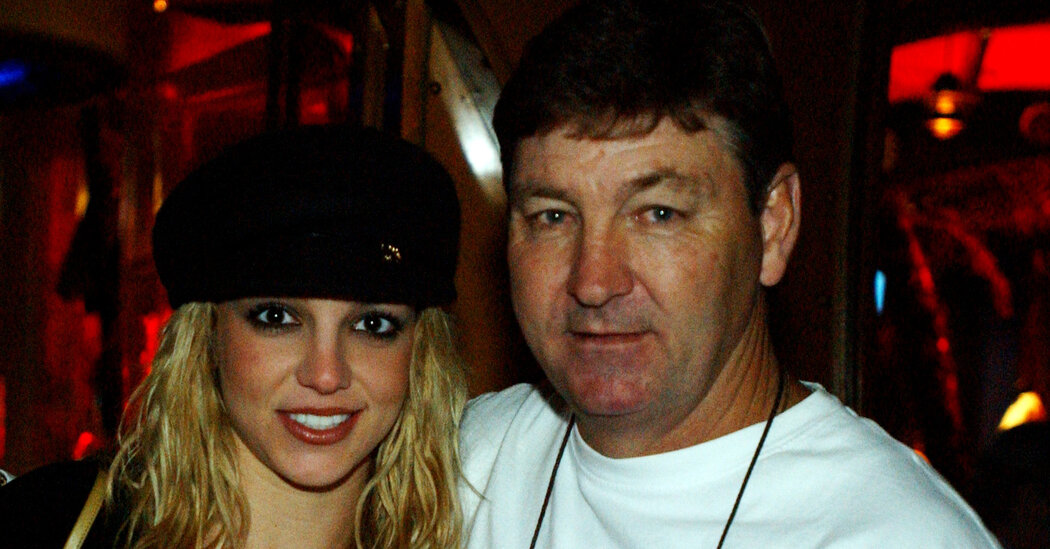 More than 13 years after the life and finances of Britney Spears were put under the strict, court-approved control of her father, James P. Spears — and a month after Ms. Spears broke her public silence on the arrangement, calling it abusive and singling him out as its ultimate authority — a new lawyer for the singer is moving to have Mr. Spears removed from the unique conservatorship.

The petition to oust the singer’s father from the complex legal setup was filed in Los Angeles probate court on Monday by Mathew S. Rosengart, according to an additional filing that seeks to name a replacement for Mr. Spears as conservator of the singer’s estate. The petition to remove Mr. Spears, which is referenced in the court document, was not made public at the same time.

Mr. Rosengart, a former federal prosecutor and high-powered Hollywood lawyer, who has worked with celebrities including Sean Penn, Julia Louis-Dreyfus and Steven Spielberg, was approved as the singer’s lawyer earlier this month.

Mr. Rosengart took over after Samuel D. Ingham III, the court-appointed lawyer who had represented Ms. Spears for the duration of the arrangement, resigned in light of the singer’s recent comments about her care. In 2008, at the outset of the conservatorship, Ms. Spears had been found to lack the mental capacity to hire her own counsel.

In his filing on Monday, Mr. Rosengart requested that a certified public accountant in California, Jason Rubin, be named conservator of Ms. Spears’s estate, which was listed as including cash assets of $2.7 million and non-cash assets of more than $57 million.

At an emotional hearing on June 23, Ms. Spears, 39, said she wished to terminate the conservatorship, which oversees both her personal care and estate, without having to undergo psychiatric evaluations; she added that she had not known that she could file to end it.

But Ms. Spears had long chafed at its strictures behind the scenes, calling her father and his oversight over her life oppressive and controlling, according to confidential court records recently obtained by The New York Times. Ms. Spears also raised questions over the years about the fitness of her father — who has struggled with alcoholism and faced accusations of physical and verbal abuse — as conservator.

“Anything that happened to me had to be approved by my dad, and my dad only,” Ms. Spears said at the hearing, as she described being forced into a mental health facility after a disagreement at a concert rehearsal.

“I cried on the phone for an hour and he loved every minute of it,” she added. “The control he had over someone as powerful as me — he loved the control, to hurt his own daughter, one-hundred thousand percent.”

At the July 14 hearing where Mr. Rosengart was approved as Ms. Spears’s counsel, she stated, “I’m here to get rid of my dad.” Mr. Rosengart asked for Mr. Spears to resign on the spot; a lawyer for the singer’s father declined.

Mr. Spears, 69, has said instituting the conservatorship was necessary to save his daughter’s life and career during a period of concern about her mental health and substance abuse, and that he has acted out of love, working to protect her from exploitation.

Lawyers for Mr. Spears did not immediately respond to a request for comment on Monday.

Since 2008, Mr. Spears has overseen his daughter’s finances, sometimes with a professional co-conservator. He had also largely controlled Ms. Spears’s personal and medical care until a personal conservator, Jodi Montgomery, took over in September 2019 on an ongoing temporary basis.

Mr. Spears cited health reasons when he stepped down. But two weeks prior, there had been an alleged physical altercation between Mr. Spears and Ms. Spears’s 13-year-old son. No charges were filed in the incident, but the child’s father, Kevin Federline, was granted a restraining order barring Mr. Spears from seeing the children.

Conservatorships are typically reserved for people who cannot take care of themselves. Ms. Spears’s case has received heightened scrutiny in recent years because she continued to perform as a pop star — and bring in millions of dollars — while under the arrangement.

“I shouldn’t be in a conservatorship if I can work,” Ms. Spears said at the June 23 hearing, while calling for its termination. “It makes no sense. The laws need to change.” She also requested that those behind the conservatorship be investigated for abuse.

Lawyers for Mr. Spears have recently called into question the actions of the others involved in Ms. Spears’s care. In a court filing after Ms. Spears’s remarks, which were broadcast in the courtroom and, as she insisted, to the public, Mr. Spears’s lawyers called for additional hearings to look into her claims.

“Mr. Spears is unable to hear and address his daughter’s concerns directly because he has been cut off from communicating with her,” Mr. Spears’s lawyers wrote last month, adding that he was “concerned about the management and care of his daughter.”

Lauriann Wright, a lawyer for Ms. Montgomery, said that Ms. Montgomery had “been a tireless advocate for Britney and for her well-being,” with “one primary goal — to assist and encourage Britney in her path to no longer needing a conservatorship of the person.”

Following Ms. Spears’s dramatic speech to the court — in which she said she had been forced to perform, take medication and remain on birth control — multiple parties moved to distance themselves from the conservatorship.

In addition to Mr. Ingham, the singer’s court-appointed lawyer, Bessemer Trust, the wealth-management firm that was set to take over as the co-conservator of Ms. Spears’s estate, requested to withdraw. Outside of the conservatorship, Ms. Spears’s longtime manager, Larry Rudolph, also resigned, citing her stated intention to potentially retire.

After Ms. Spears raised complaints about the conservatorship through Mr. Ingham in 2014, a previous judge overseeing the case, Reva Goetz, said that she would consider ending it if Ms. Spears established a good relationship with a therapist and returned one year’s worth of clean drug tests. But she said that she would not guarantee it.

In 2016, when Ms. Spears again expressed concerns about her father’s level of control over her, the probate investigator in the case concluded that the conservatorship remained in Ms. Spears’s best interests based on her complex finances, susceptibility to outside influence and “intermittent” drug issues, according to the report.

At the time, Ms. Spears had cited her inability to make friends or date without her father’s approval; the limits of her $2,000 per week allowance, despite her success as a performer; as well as the fear and “very harsh” consequences that she said came with any infractions under the conservatorship, according to the investigator’s account.

But while the investigator did not then recommend an immediate end to the arrangement, the report asked for “a pathway to independence and the eventual termination of the conservatorship.”