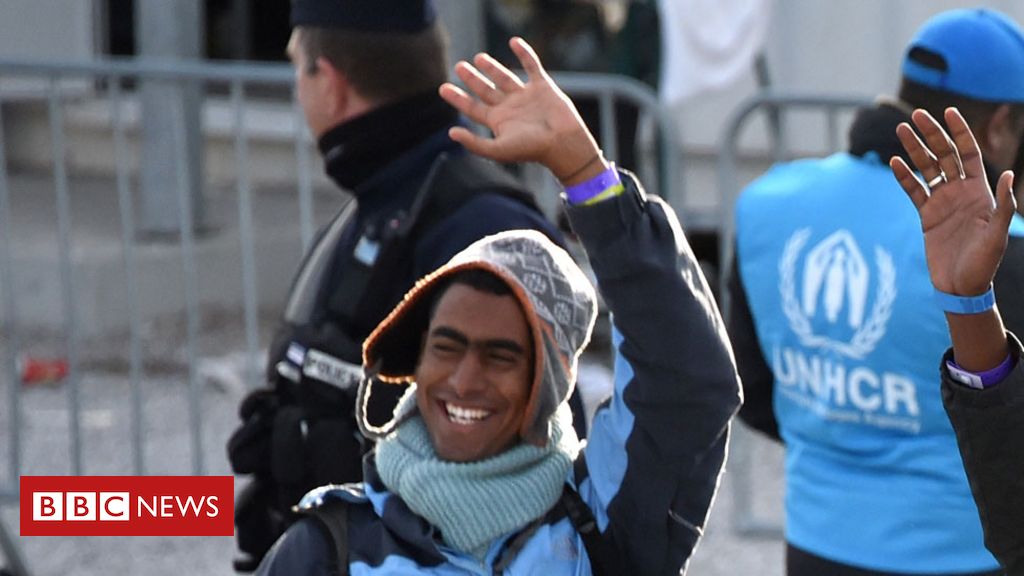 It might be set in the infamous Calais refugee camp – but The Jungle is “full of life”, says playwright Joe Robertson.

“Everything is happening on top of everything else – just as it was in The Jungle.”

Robertson is describing the set that’s been created at London’s Young Vic, where audience members can share bread and tea in the Afghan Flag, a fictional cafe that’s the setting of the play he’s written with university friend Joe Murphy.

The playwrights, known as the Two Joes, travelled to The Jungle as volunteers, setting up a makeshift theatre called Good Chance. It’s a phrase that not only means hope, but was also used by those desperate to reach the UK when they believed they had an opportunity to make it across the Channel – through whatever means.

Things have now come full circle with the launch of the play, which has received five-star reviews from the likes of the Guardian and Independent, who praised its “warts and all” take on the camp. While the camp may not exist any more, having been bulldozed in 2016, audiences can experience it in a way through the play, sitting on ramshackle benches and watching the action unfold around them. 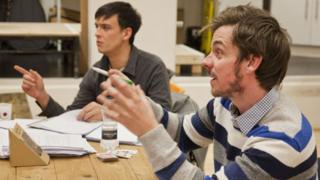 There are cast members who lived in the real Jungle and seating areas named after the countries from which the camp’s inhabitants came.

So while the storyline (based on a Sudanese teenager called Okot who is on a mission to get to England, and the role of British volunteer Beth, who is keen to help him) is fictional, there is no getting away from the reality upon which the play is founded.

We caught up with the Two Joes between rehearsals ahead of the opening night of the play, directed by Stephen Daldry and Justin Martin.

“It’s like the Jungle itself in microcosm,” says Robertson of the staging. “There are conversations happening over each other. I think audiences will be very taken aback but also very excited by it. I hope it reveals something about the situation that if you’ve only seen it on the news, or read about it in the papers, that you wouldn’t know.”

“You could never finish a conversation in the Jungle,” says Murphy. “Everything was of such importance and urgency that you would get interrupted. We wanted a set and atmosphere that re-created that for the audience and also symbolised the breadth of nationalities and the diversity of the place. There’s almost a play before the play as well – when you book a ticket on the website, you have to choose which country section you’re going to sit in.”

Robertson continues: “Normally in theatre, you’re sitting back – but here, you’re leaning forward on the table in front of you. There’s something about that, not being able to let it pass by you. You’re there, and you’re attentive.

“The Jungle itself was full of makeshift buildings – these places of community and warmth where people could eat and talk together. In our play, the Afghan Flag echoes what those places were used for – both for a place for meeting when there was a crisis or when there was a celebration.”

Murphy says: “It’s been very interesting speaking to people after the show. They’ve been generally very reluctant to use the word ‘enjoy’ when giving their reaction – we’ve never had that with a play before. I think it speaks to the complexities of it. One of the questions the play asks is ‘how do you help?’ So I think people leave expecting something of themselves, and with a sense of urgency and hope.”

But Robertson says the play almost never came about.

“We never really intended to write a play about our experience there or to try to replicate the stories we heard and things we experienced.

“The main thing [with Good Chance theatre] was to allow the people who lived there to tell their stories to each other, to have a space where different nationalities could come together. We lived there for seven months and grew to know so many people. We saw experiences that affect everyone living there – the Paris attacks changed so much, profoundly, both in France and the UK.

“It seemed like the story was writing itself while we were in Calais. During the evacuation of the site that March, we had the germ of the idea – telling the story of the place and eventually how it was destroyed.”

Murphy says when casting the play, “it was essential to welcome a range of different experiences” – which is how three former residents of the Jungle came to appear in it.

“They bring their experience directly to the play,” he says. Others who have been refugees, or whose parents were refugees, are also involved. “A huge part of the work the theatre does is to help artists develop their work when they arrive in a new country – something we believe is essential to starting a new life.”

Robertson says the play is “full of life” – adding that “it’s a riot”.

“Because that’s what it was like,” he explains. “You’d hear a song, and people would be dancing.”

But he adds: “Calais was such a failure in many different ways. It was a terrible place – there were so many kids there, and there still are. We’ve tried to look back at what we did, what the group of volunteers did, and ask, what happened?

“I really hope it’s a play that’s not just for people of one political viewpoint but for anyone who’s interested in that question – and wants to know more.”

Good Chance is setting up a pop-up theatre next to a refugee reception centre in Paris. It will open next year. The Jungle is at The Young Vic until 9 January.