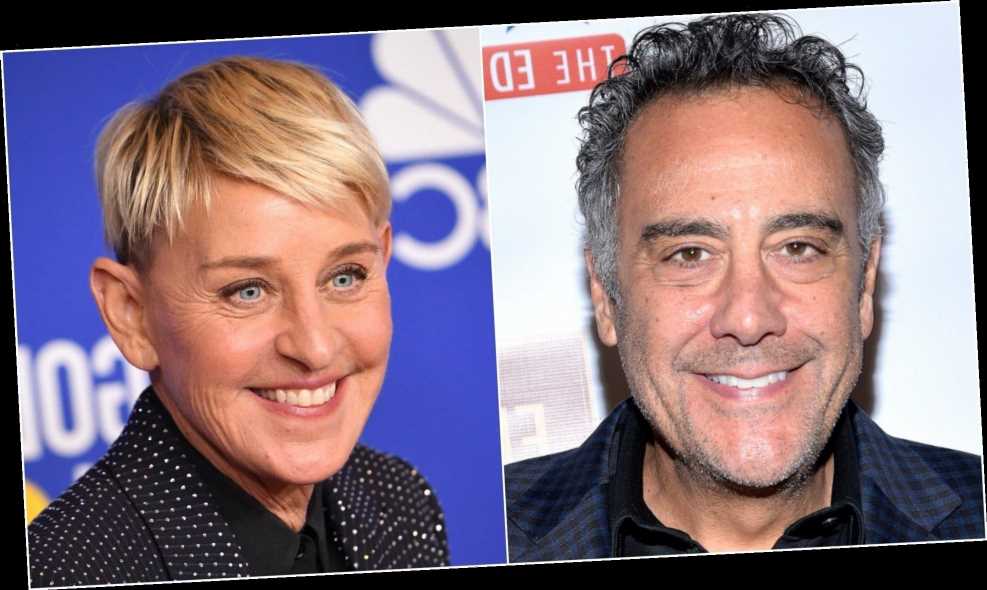 Brad Garrett is doubling down on a series of blistering allegations against Ellen DeGeneres.

DeGeneres on Thursday apologized to the staff of her talk show in a memo following numerous accounts of workplace misconduct. Her response came days after Warner Bros. Television began an internal investigation into the troubling claims, many of which were outlined in a BuzzFeed report earlier this month.

“On day one of our show, I told everyone in our first meeting that ‘The Ellen DeGeneres Show’ would be a place of happiness ― no one would ever raise their voice, and everyone would be treated with respect,” DeGeneres wrote in the memo, the full text of which was published by The Hollywood Reporter. “Obviously, something changed, and I am disappointed to learn that this has not been the case. And for that, I am sorry. Anyone who knows me knows it’s the opposite of what I believe and what I hoped for our show.”

Her apology, however, got a chilly response from Garrett, best known for playing Robert Barone on “Everybody Loves Raymond” from 1996 to 2005. On Friday, the actor-comedian rebutted DeGeneres’ apology by retweeting a Variety article about the news and adding a few dismissive comments of his own.

“Know more than one who were treated horribly by her,” wrote Garrett, who appeared as a guest on “The Ellen DeGeneres Show” six times between 2004 and 2007. “Common knowledge.”

As of Friday afternoon, DeGeneres had yet to respond to the tweet.

Garrett’s remarks coincided with a fresh set of accusations from former employees of “The Ellen DeGeneres Show,” who alleged sexual misconduct, harassment and assault involving several members of the show’s creative staff in a second BuzzFeed article.

Head writer Kevin Leman and co-executive producer Jonathan Norman, who were both named in the article, issued statements denying the allegations.

“The Ellen DeGeneres Show” halted production in March as COVID-19 was declared a global pandemic, but returned three weeks later in a remotely produced form shot at the host’s Los Angeles home.

Since then, the show has faced a barrage of negative press. In her April 6 opening monologue, DeGeneres claimed her life in quarantine was like “being in jail,” angering fans who felt the remark belittled the incarcerated population, which faces a disproportionate risk of contracting COVID-19. Weeks later, many felt her comments on the Black Lives Matter movement also missed the mark.

Behind the scenes, she reportedly angered staff by hiring a nonunion company to produce her show remotely.