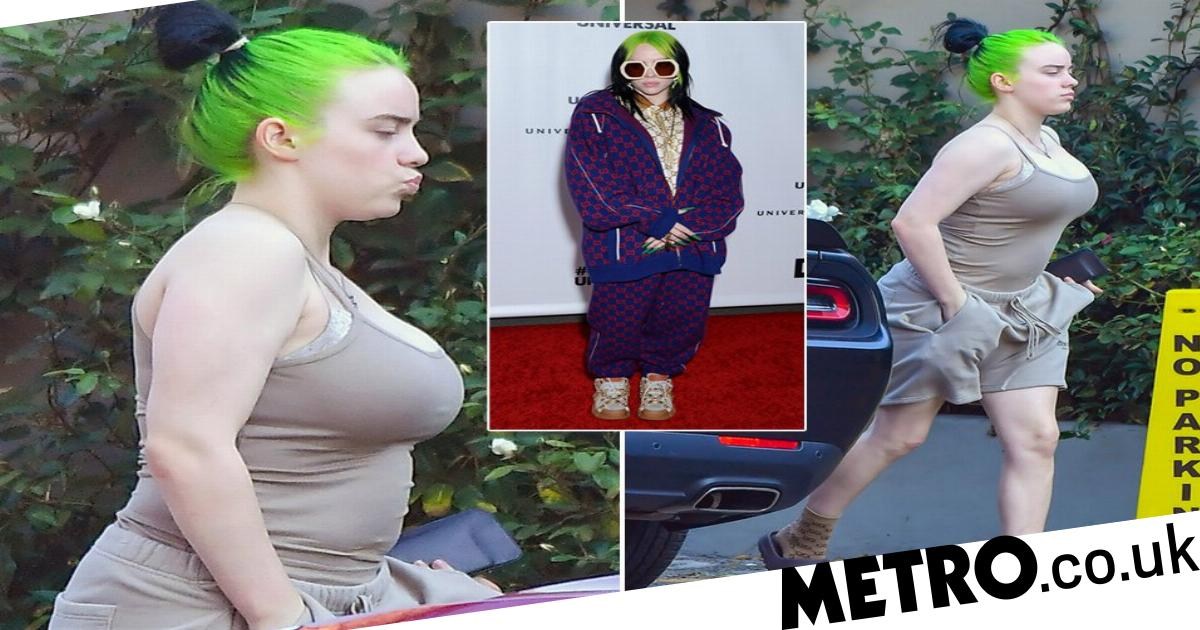 Billie Eilish traded in her trademark baggy clothes for a more casual vibe, and we’re loving the versatility.

The Bad Guy singer – who is usually seen draped in large layers of designer clothes as part of her signature look – was spotted wearing a figure-hugging vest and shorts as she ran errands in LA.

The 18-year-old tied her neon green hair, which is usually loose around her face, into a sleek bun.

She might have gone for a new look, but the five-time Grammy award winner kept to her usual theme of making sure her vest, baggy shorts, and Yeezy Adidas slides matched.

Oh, and her Gucci beige socks were part of the same aesthetic too, obvs.

Her outing comes months after the singer tackled body shaming and double standards in a powerful short film.

Entitled Not My Responsibility, the film was originally shown during Billie’s When We All Fall Asleep world tour, with clips of it circulating on social media.

However, James Bond theme tune star Billie released the film in full on her YouTube channel in May, with the full message now on show.

In it, the star is seen removing her baggy hoodie, followed by her vest, until she is standing in her bra.

She then lowers herself into a dark pool.

Over the film, the Grammy Award-winner is heard narrating: ‘Do you know me? Really know me? You have opinions about my opinions, about my music, about my clothes, about my body.

‘If I wear what is comfortable, I am not a woman. If I shed layers, I’m a slut.’