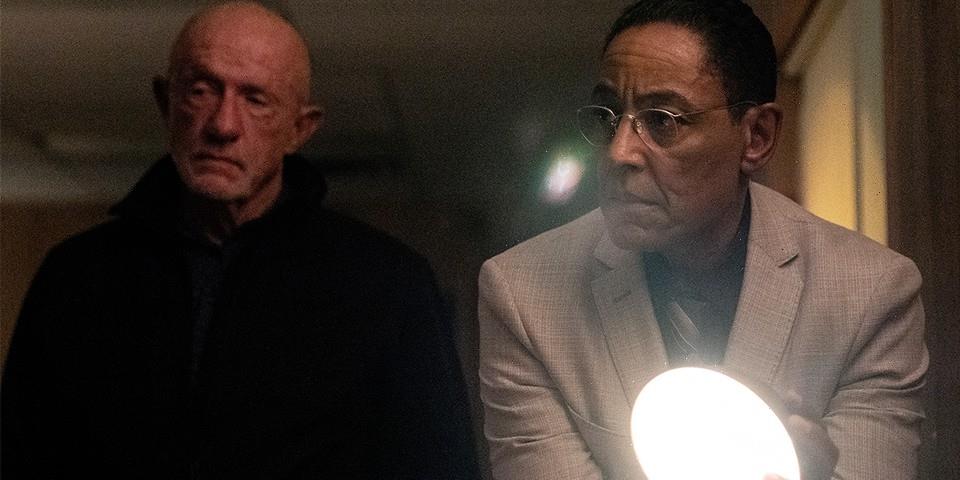 A TVLine exclusive preview for the first part of Better Call Saul season six has teased a nerve-wracking discussion between Mike Ehrmantraut and Gus Fring. Fans will need to watch season five, however, if they do not want to read spoilers ahead.

The two-minute clip sees Jonathan Banks’ Mike and Giancarlo Esposito’ Gus first speak with Ray Campbell’s Tyrus Kitt about an assassination on Tony Dalton’s Lalo. Tyrus leaves the two alone to talk, and Mike and Gus can be seen discussing whether or not they should aid in the safe return of Michael Mando’s Nacho. While Mike believes that Nacho should remain unharmed, Gus is evidently doubtful about Lalo’s fate and doesn’t seem to believe that the attempt on his life was successful.

The preview arrives shortly after it was confirmed that Bryan Cranston and Aaron Paul will make special guest appearances as their Breaking Bad characters, Walter White/Heisenberg and Jesse Pinkman. Better Call Saul’s finale season has also opened up a conversation about another Breaking Bad spinoff, this time focusing on the origins of Gus Fring. Esposito recently shared that he is open to reprising his role for a third time, “I would consider and think about that particular scenario because I think it’s another moral tale that allows us to view into humanity and into how we push our humanity aside and to be demonstrative and to say who we are and we lose everything in the process, because we know where Gus ends.” He continued, “We don’t know where he began.”

Elsewhere in entertainment, Maisie Williams shared that she “resented” playing Arya Stark in Game of Thrones as she was growing up.
Source: Read Full Article