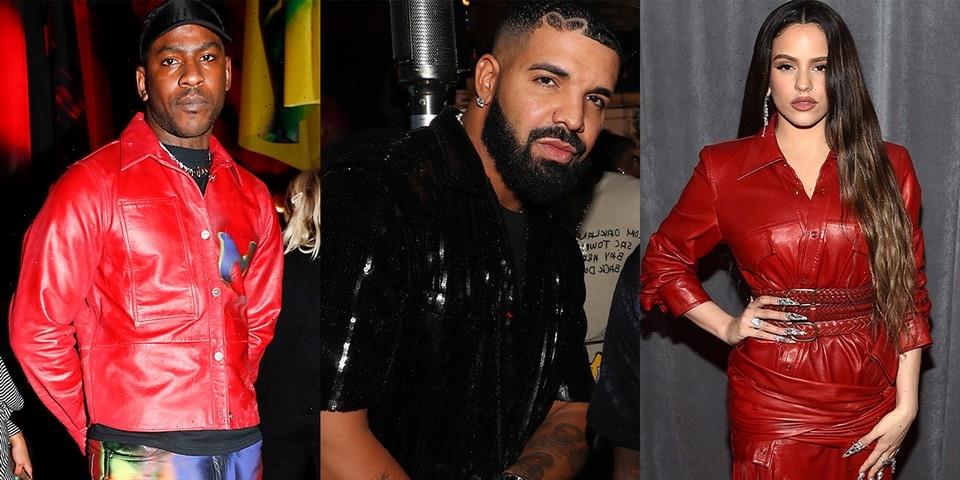 As the week in music comes to a close, HYPEBEAST has rounded up the 10 best projects for the latest installment of Best New Tracks.

After a few delays, Drake’s highly-anticipated studio album Certified Lover Boy is finally here. The 21-track record features an impressive list of guest appearances from the likes of JAY-Z, Travis Scott, 21 Savage and so much more, and hears Drizzy at his best yet. “A combination of toxic masculinity and acceptance of truth which is inevitably heartbreaking. Executive produced by me, Noah “40” Shebib, Oliver El-Khatib, and Noel Cadastre. Dedicated to Nadia Ntuli and Mercedes Morr. RIP,” he wrote on Apple Music.

Skepta revisited his latest All In EP with an accompanying music video for “Eyes on Me.” Helmed by Matthew Walker, the visual offers a rare and cinematic glimpse into the multidisciplinary artist’s day to day to life.

Rosalía teamed up with Tokischa for the collaborative effort “Linda.” Speaking to Apple Music, the Spanish artist revealed that they created the song in just four hours. “Honestly, I was excited to visit Republica Dominicana, and then we’re just hanging in the studio, we’re talking, and it just happened. It was like something that just happened naturally. Like in four hours, we had the song. Yeah. It felt good like that,” she explained. Tokischa added, “Yeah, it was fast and it was great. The final product was so much fun. Making it and then listening to it was like the party and then the after party. It felt like a dream actually. Sometimes I was just like, ‘We are really doing this for real?’ I was really excited all the time and I felt like the connection we had is like we have known each other for like years.”

Injury Reserve dropped off their new By the Time I Get to Phoenix single, “Superman That.” The group’s upcoming record marks their first since the death of Stepa J. Groggs in July 2020, “Once the tracklist came together and we started to make sense of it, one of the last phone conversations we had with Groggs was over his love for the repurposing of Isaac Haye’s By the Time I Get to Phoenix to title the album.” The group added, “Shortly thereafter we were struck with his loss and of course everything was put on hold, but eventually, we regathered and felt most comfortable finishing this album we had made as it still resonated fully (in some respects even taking on what felt like haunting pre-echoes) and above all else stayed true to his constant insistence while recording to simply ‘make some weird sh*t.’”

Adekunle Gold enlisted Davido for his brand new cut, “HIGH.” Produced by Pheelz, the cut is billed as “something that made you forget your worries.” Gold added in a statement, “This came with ease as most things do when you are grateful for life and living it on a high.”

Fred again.. is following up his July single “Angie” with “Billie (Loving Arms).” The first track from his upcoming album Actual Life, the single built the track around a sample of Billie Ray Martin’s “Your Loving Arms,” which the London-based artist and producer heard for the first time this year. “For me this song is about allowing people to help you, when you need it most. Like last year I felt like that was made almost impossible for us to do in some ways,” he said in a statement. “I mean just the physical touch of someone throwing themselves around you can really cure us of a whole lot I think.”

sir Was is prepping to drop his upcoming album Let The Morning Come with the release of the new single, “I Need A Minute.” In a statement, Joel Wästberg shared, “I Need A Minute is about the strong wish to stick around for a bit longer. A cry for more time. At the same time, it’s a wish for a pause. I Need A Minute! You hear me?!” His upcoming self-produced effort drops October 15.

Oakland four-piece outfit Ultra Q released their brand new single “Bowman” to celebrate their signing to Royal Mountain Records. Comprised of frontman Jakob Armstrong, brothers Enzo and Chris Malaspina and Kevin Judd, the group is set to drop their new EP Get Yourself A Friend on November 19. “Lyrically the song is about how I romanticise online relationships and the way in which I grew up more connected to technology than people,” Jakob, the youngest son of Green Day’s Billie Joe Armstrong, shared in a statement. “Most of it is sort of surreal and vague, but I think that it works well with the nature / vibe of the song. The name of the song is in reference to the character “David Bowman” from 2001 Space Odyssey. We had been using samples from the movie in a lot of our demos and we thought it would be funny to be literally connected to it.”

Rich The Kid and Polo G, two of hip-hop’s fastest rising stars, joined forces to deliver a remix of the former’s latest cut, “Prada.” The reimagining arrives with a brand new music video directed by Gemini Vision, which sees the pair at a mansion; Rich The Kid shows off his ivory tinkling skills while Polo G gets busy digging an unmarked grave.

Jenevieve has debuted her full-length effort, Division. The 12-track record includes previously released singles “Medallion,” “Resumé,” “Midnight Charms” and “Eternal,” and is an impressive introduction to the exciting R&B artist.