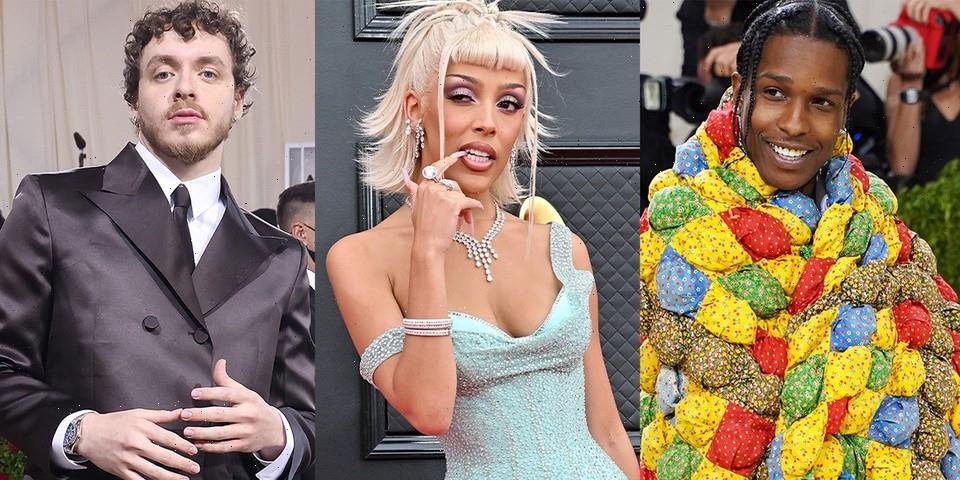 As the week in music comes to a close, HYPEBEAST has rounded up the best projects for the latest installment of Best New Tracks.

This week’s list is led by releases from A$AP Rocky, Doja Cat and Jack Harlow, who released the singles “D.M.B,” “Vegas” and the album Come Home the Kids Miss You, respectively. Also joining this week’s list are offerings from IDK, who’s EP is produced by KAYTRANADA, Wallice, 070 Shake, TM88 with Pi’erre Bourne, Obongjayar, Top Dawg Entertainment‘s SiR and Ging.

A$AP Rocky and Rihanna are evidently deeply in love, and the pair continue to share their love with the world in Flacko’s latest single “D.M.B.” The rapper declares his undying emotions for Riri in the love-stricken cut, with the music video even featuring Rocky proposing to her using a pair of grills. Any news about an upcoming album from the couple, however, are still under wraps.

Jack Harlow officially releases the followup to his 2020 album entitled Come Home the Kids Miss You. The cheekily-titled 15-track project features an impressive variety of guest appearances from Pharrell on “Movie Star,” Drake on “Churchill Downs,” Justin Timberlake on “Parent Trap” and Lil Wayne on “Poison.” The Kentucky rapper also released a music video for his single “First Class,” which earned him his first solo No. 1 entry on the Billboard Hot 100.

Doja Cat channels her blues in “Vegas,” the lead single off Baz Luhrmann’s ELVIS biopic soundtrack. Debuting the track during her Coachella 2022 set, the track is produced by Rogét Chahayed and Yeti Beats and samples Big Mama Thornton’s famed 1953 cut “Hound Dog,” which was also popularized by Elvis Presley in 1956. Meanwhile, ELVIS is set to hit theaters on June 24.

PG County, Maryland’s own IDK drops off his KAYTRANADA-produced EP Simple. — its title inspired by the urban neighborhood called Simple City in the southeast DC area. The artist tells the story of Simple City, that is known for senseless murders, through the lens of drug addiction, revenge and toxic cycles. “There’s a neighborhood in my city called ‘Simple City.’ It’s gets its name because you can get killed for any simple reason,” IDK said in a statement. Simple city is also the birthplace of Marvin Gaye. I wanted to tell the story of simple city in a way that it’s never been told before. From drug abuse to crime and murder I wanted to cover what it feels like to be from simple city and teach the world that the fix to helping disadvantaged black communities isn’t as simple as you think. The way people view our mentalities is straightforward thing. There’s a lot of depth and it should be handled with care. I wanted to create an album where people can ‘dance to real shit.’”

New Gen: Spring 2022 honoree Wallice delivers her first EP of 2022, 90s American Superstar. The five-track project was written and recorded in the home of her grandparents in Southern Utah features the previously-released singles “Little League” and “Funeral,” both of which open and close the EP, respectively. “The EP is a hypothetical look into the celebrity life that lots of musicians and the LA entertainment industry crowd seeks. It’s fun to think about, “what if I was famous?” and how fame can change people. Especially since I grew up in LA– I love it here, but it’s a strange place and it can feel like everyone is just looking for their big break,” Wallice shared. “To me, the EP plays with that perspective and the way people think about that dream. By exploring the idea of fame, I think the EP is a fun way of saying everyone is human. We all have aspirations, bad qualities and egos, but even if you’re famous (which by the way– I’m not in any way), that doesn’t make you better or worse than someone who isn’t. I want people to have fun listening to this EP, and be inspired to make music that they want to listen to, not just what they think others want to hear.”

TM’88 and Pi’erre Bourne revisit their December 2021 joint album Yo!88 with an accompanying music video for “OMS.” Helmed by Daniel Kelly, the trippy animation is a reflection of the song’s genre-bending qualities, with a press release reading, “The vintage, computer game-like animation brilliantly matches the surreality of TM88’s digital-leaning production and the thematic leaps of Pi’erre Bourne’s stream-of-consciousness bars.”

With his highly-anticipated debut album Some Nights I Dream of Doors set to release on May 13, Obongjayar is giving fans another teaser with the new single “I Wish It Was Me (Live).” The Nigerian-born, London-based artist also released a music video helmed by Hector Aponysus, which is an intimate live performance of the song done in the living room of his family home, with his mother, brother and sister present.

070 Shake is dropping her newest album You Can’t Kill Me on June 3, but before that, she shares the new single “Web.” Speaking to Apple Music’s Zane Lowe, she revealed that “[e]verything we created [was] from scratch. The beat is created with the vocals. I’m not getting no outside beats. Everything is tailored to each other. I think it creates a different feeling when you do it that way because it’s more connected to you as the artist.” She also touched on the title of her upcoming record, stating, “I was in my bedroom with my boy and we were talking and I was just speaking about how I couldn’t exist on social media and stuff because, when you exist in their world they’re able to cut you off. You can literally be killed off in that world just by having your own opinion or speaking your truth and stuff. So I just decided to exist in my reality… nothing can kill me you know? Just understanding that we’re so infinite and beyond our bodies. You might be able to end my time on earth or whatever but you can’t kill me, because I’m infinite.”

TDE crooner SiR returns with his first solo single of 2022, “Satisfaction.” The R&B star touches on the ups and downs of a tumultuous relationship, stating, “‘Satisfaction’ is about wanting what you can’t have,” SiR said in a statement, “We sometimes find ourselves in situations where we can’t be who or what someone wants us to be and this song encapsulates all that for me. This is the official introduction to my next chapter where things are much more complicated than they seem.”

Although Frank Dukes said his goodbyes in 2021, Adam Feeney has now introduced Ging, who shares the new single “Dear Boy.” Set to appear on his upcoming debut album, the new track is billed as an ode to his son and arrives with and self-directed music video. “I believe great art is created out of a sense of urgency,” he said in a statement, sharing that he found inspiration in Carl Jung’s biography during his troubled time with his partner of 10 years and the mother of his children.