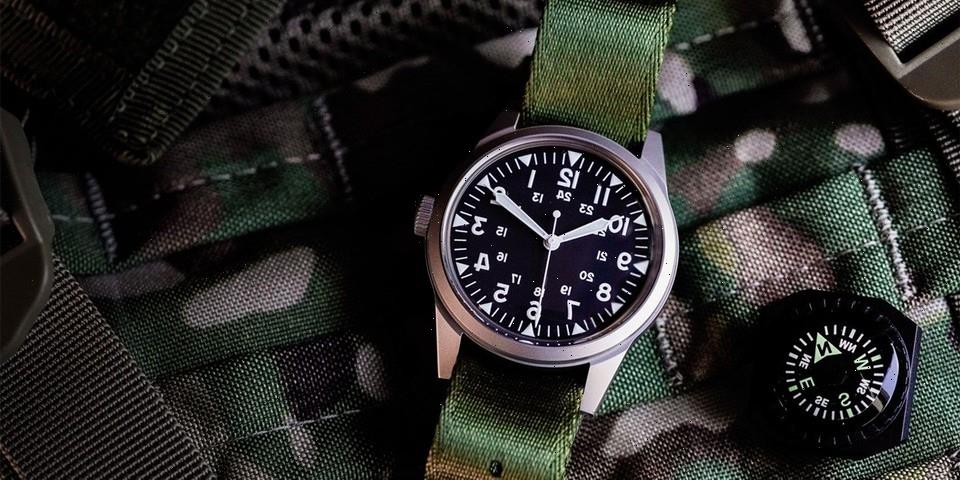 In celebration of 100 years of watchmaking, classic American watchmaker Benrus has now brought back its most iconic military field watch, giving its simple yet robust silhouette a modern spin.

Dubbed the DTU-2A/P, the new model is based on a similar timepiece created all the way back in 1964 to meet a military contract, which required a simple, 17-jewel hackable wristwatch that was can both endure the harsh environments of the battlefield and still function impeccably with exception legibility.

Thus the DTU was created, pairing a tough parkerized steel case with a clean black dial with pristine white numeral indices marking both 12 and 24-hour readings. All markers and hands are coated in Super-LumiNova to keep it readable in darker environments, while a double-domed acrylic crystal keeps things clear and classic. The modernized watch is now powered by a Sellita SW200 automatic movement offering a 38-hour power reserve and is finished with a green seatbelt nylon single pass NATO strap to round out its military aesthetic. As an extra touch, there’s also a removable compass on the strap.

Elsewhere in the watch industry, Abu Garcia is also celebrating its 100th anniversary with a new collaboration with Timex.
Source: Read Full Article