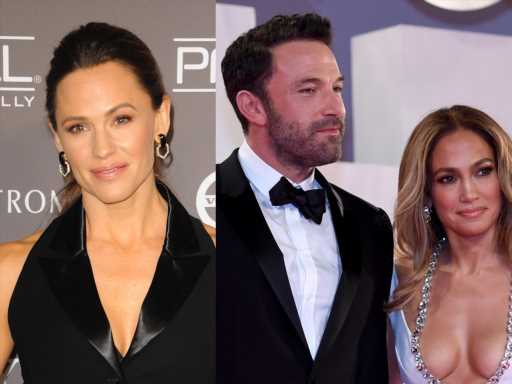 Ben Affleck and Jennifer Lopez have barely had time to pop the champagne to celebrate their engagement, but it looks like the wedding guest list already has a few names on it. Besides their close family and friends, the couple apparently want to reserve one invite for Affleck’s ex-wife, Jennifer Garner.

That might sound like shocking news, but Garner and Lopez have been reportedly bonding over their “respect for each other as mothers and as individuals” and the common goal of making sure Affleck is “doing well,” according to a Hollywood Life source. The Adam Project star was thrilled to hear the couple’s happy news, too. “She acted completely favorable to it and even congratulated them,” they added.

That’s why Lopez and Affleck would love to see Garner at their wedding because they know she is an important part of their blended family. It also sounds like it’s beneficial to her kids — Violet, 16, Seraphina, 13, and Samuel, 10 — from her marriage to Affleck, too. “She is a part of Ben’s family and there is no reason why she wouldn’t be invited,” the insider added. “Whether or not she will go is up to her. She has gotten rather close with J.Lo and the two of them are on speaking terms for sure. They know that this is important to their children.”

Even though Garner gets along well with J.Lo, it could be a bit awkward to attend her ex-husband’s nuptials, which are expected to be “elaborate and grand.” But maybe it’s just about the sweet gesture of inviting her and that will be enough. Garner doesn’t have to actually go to the wedding, but it’s the warm feelings around being included in the first place — and the fact that they consider her family.

Before you go, click here to see celebrity couples who famously broke up and got back together.