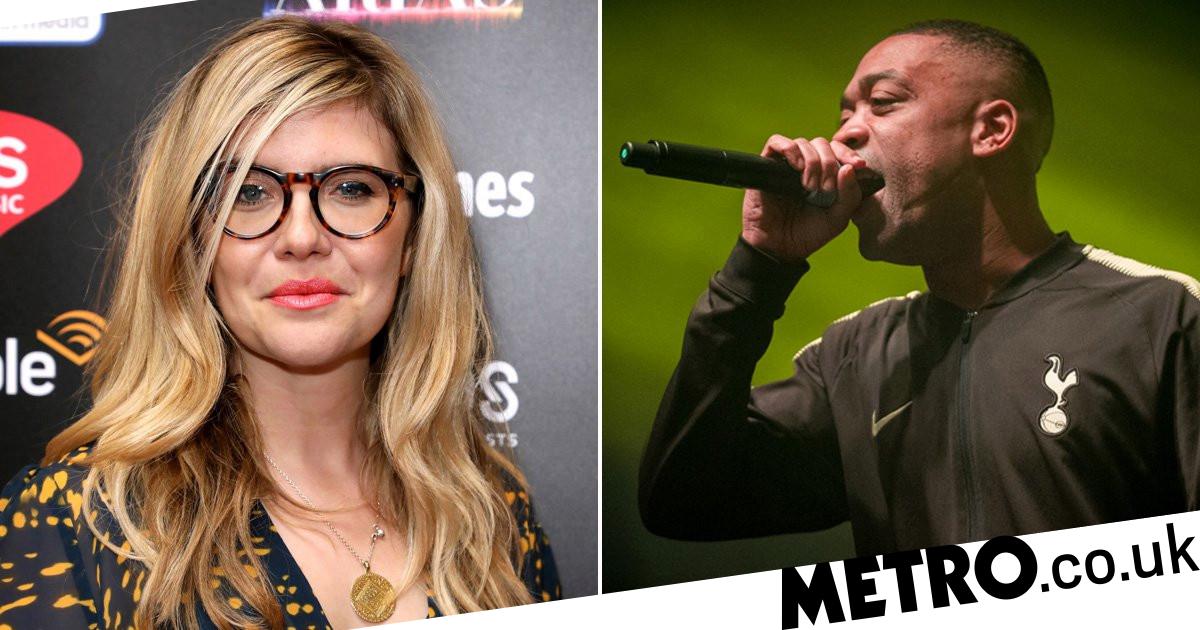 BBC radio presenter Emma Barnett has hit out at Wiley for posting a series of tweets widely condemned as anti-Semitic and says his words ‘burn deep’.

Barnett, who was speaking on her BBC Radio 5 Live show, addressed the shocking rant the grime rapper shared on social media, where he compared the Jewish community to the Ku Klux Klan and said: ‘Israel is not yours.’

Wiley was temporarily banned from Twitter and the Metropolitan Police confirmed they are investigating the incident.

The artist, who’s real name is Richard Cowie Jr, has since been dropped by his management.

Having her say on Wiley’s tweets, where he claimed ‘Jewish people are the Law,’ Barnett called them ‘deeply dispiriting’ and insisted such words ‘burn deep’.

She said: ‘Those words burn, I’m sure I don’t need to tell most of you that, but just in case I do, they burn deep and they are deeply dispiriting and they play on a very well hidden fear a lot of Jewish people have, that some day anti-Semitism will rise up once more, because anti-Semitism is fresh and so raw for us.’

Barnett continued: ‘Only two weeks ago I opened Twitter on my phone and what did i see? I saw ‘Jewish privilege’ trending. Do you know how that feels, how frightening that is? How angering that is?

On 12 and 13 July, the hashtag #JewishPrivilege was trending in the UK, where users came across several posts featuring anti-semitism.

Twitter came under fire as Wiley’s tweets were still visible on the social media platform 12 hours after the star had originally posted them.

It led to many vowing to boycott Twitter in protest, with Gogglebox star Amy Tapper leading those taking part in a 48-hour blackout across social media using the hashtah #NoSafeSpaceForJewHate.

Amy explained to fans: ‘I am going silent for 48 hours on social media… I hope you guys take this time to educate yourselves.’

In his tweets, Wiley denied that he was anti-Semitic, posting: ‘Kmt Anti Semitic I’m not falling for that stupidness.’

After one follower responded saying: ‘That’s racist you mug’, Wiley said: ‘Pal trust me I couldn’t be racist if I tried I just can see the way this is all running sorry pal.’