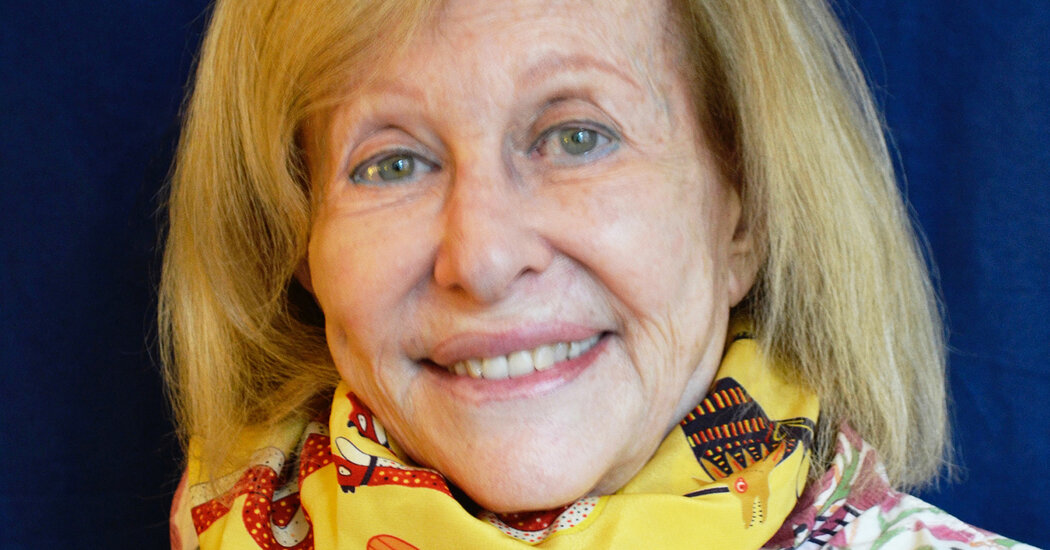 Barbara Rose, the influential art historian and critic who began her career as a champion of Minimalism and wrote about culture with an authority informed by her close friendships with two generations of artists in New York and abroad, died on Friday in Concord, N.H. She was 84.

Her death, in a hospice, was confirmed by her husband, Richard Du Boff, who said that she had had breast cancer for a decade.

Ms. Rose is probably best known as the author of the textbook “American Art Since 1900,” which became a campus perennial in the 1970s. But, extending her reach beyond academia, she preferred exploring the unfolding art of the present.

She was an art critic for Vogue and New York magazines and produced eight documentary films. A devotee of the ritual known as studio visits, she was always traipsing to artists’ lofts to look at their latest paintings and probe for helpful information.

“The reason I interviewed artists is because I really wanted to know the answer to my questions,” she said in a recent lecture. “I never thought of them as interviews.”

Art critics as much as artists are shaped indelibly by their moment of entry onto the art scene. Ms. Rose formed her approach at a time when Minimalism was ascendant, and she married one of its key exponents, the artist Frank Stella. With their combined displays of wit, knowledge and slanting opinion, they were a glamorous couple but, according to Ms. Rose, certainly not unflawed.

“We had babies right away,” she told New York magazine, “and everyone in SoHo said, ‘Oh, look, the babies had babies!’”

In her criticism and essays, Ms. Rose took a formalist approach, maintaining that abstract painting is inherently superior to realism. As the decades passed, her faith in connoisseurship came to seem conservative and a rebuff to the present era, in which the meaning of any work of art is deemed inseparable from issues of race and gender.

Even so, Ms. Rose probably did as much as any critic of the postwar era to advance the art careers of women. In 1971, she wrote the first major monograph on Helen Frankenthaler. In 1983, she organized the first museum retrospective of Lee Krasner’s work, a year before Ms. Krasner’s death.

And although she generally denigrated photography as a lower art form devoid of the imaginative majesty of painting, she wrote a book on the photographs of Carolyn Marks Blackwood after discovering her work in a small-town library show near her summer house in Rhinebeck, N.Y.

Ms. Rose was a vivid personality, a slender blonde with large green eyes, a dimpled smile and a taste for turbans that could rival those of Gloria Swanson. She taught and lectured at several colleges and universities, including Sarah Lawrence, and formed enduring friendships with her students.

The artist Lois Lane, who studied with her at Yale, recalled her astonishment when Ms. Rose materialized at the Willard Gallery in Manhattan and purchased a Lane painting. “Barbara whooshed in there, in true Fairy Godmother style, and that was my first sale,” Ms. Lane wrote in an email. “She has whooshed in so many times over the years.”

Barbara Ellen Rose was born on June 11, 1936, in Washington, the oldest child of Lillian and Ben Rose. Her mother was a homemaker, and her father, who owned a liquor store, had a cut-glass bar made for the family’s recreation room. By the age of 3, Barbara felt aesthetically offended by her “bland, tasteless or vulgar surroundings,” she wrote in a forthcoming memoir, and resolved to flee as soon as she could.

She earned a bachelor’s degree from Barnard and attended graduate school at Columbia, writing her thesis on 16th-century Spanish painting and visiting Pamplona on a Fulbright fellowship. It was the beginning of a lasting fascination with Madrid, where she eventually acquired a home. In 2010, she was awarded the Order of Isabella by the Spanish government for her contributions to Spanish culture.

Ms. Rose was still a student when she started dating Mr. Stella, a precocious Princeton alumnus whose austere black-stripe paintings were pushing art away from the expressionist past. In the fall of 1961 he followed her to Pamplona, sketching in their hotel room as she visited age-old churches to research Navarrese painting.

They were married that October at the register’s office in London. Michael Fried, the formalist art historian, served as a witness and gave them a volume of Ludwig Wittgenstein’s writings as a gift.

Ms. Rose later said that she started writing criticism with Mr. Fried’s encouragement. Her landmark essay “ABC Art,” published in Art in America in October 1965, identified a generation of young artists whose work, she wrote, gave off a “blank, neutral and mechanical impersonality.” They included Mr. Stella, as well as Carl Andre, Robert Morris and Donald Judd. Linking their work to European predecessors like Kazimir Malevich and, less predictably, Marcel Duchamp, she provided a lofty historical lineage for the vanguard art of the ’60s.

Her marriage to Mr. Stella ended in 1969, and they both divorced themselves from their early embrace of Minimalism as well. “The only thing anybody knows about me is that I wrote that article with the title I didn’t give it,” Ms. Rose lamented in Artforum magazine in 2016, referring to “ABC Art.” She blamed her editor for the headline.

In place of reductivism, she championed art that replenished painting with inwardness, subjectivity and lush brushwork. She particularly admired the paintings and prints of Jasper Johns, with his “world of psychologically charged images,” as she wrote in the catalog for “American Painting: The Eighties,” an important group show that she organized in 1979 at New York University’s Gray Art Gallery.

The exhibition included post-Minimalist, imagistic paintings by Ms. Lane, Susan Rothenberg, Bill Jensen, Robert Moskowitz and Gary Stephan, among others, and its grandiose title — it was named for a decade that had yet to begin — was taken by critics as either brilliant prophecy or brazen posturing.

In a time when professional women were often branded as overly ambitious, Ms. Rose endured countless jabs from her male colleagues. “I have been beat up by more people than Hillary Clinton,” she joked in 2016.

Among them was Robert Hughes, the art critic for Time magazine, who described Ms. Rose in his memoirs as “one of the most extreme cases of misplaced self-confidence I have ever come across” — no matter that she proved indispensable when he moved to New York from his native Australia, chaperoning him through the lofts of SoHo and providing him with instant entree to the art scene. 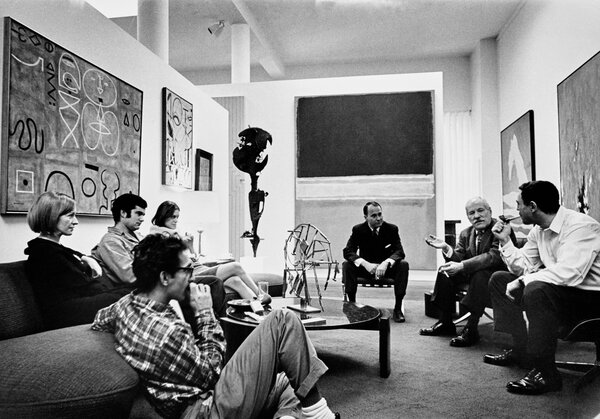 It is true that Ms. Rose could be imperious. In 1981, hired as a senior curator at the Museum of Fine Arts in Houston, she declined to move to Houston or give up her longtime position as the art critic of Vogue. Her stint as a Texas curator ended awkwardly in 1985, after she bemoaned the city’s cultural backwardness in an interview with the magazine Artspace.

Ms. Rose was married four times, including twice to Mr. Du Boff, an economic historian who was both her first and last husband. After her divorce from Mr. Stella, she married the rock lyricist Jerry Leiber, who collaborated with the composer Mike Stoller on hit songs for Elvis Presley, the Coasters and many others. In 2009, she remarried Mr. Du Boff on what was their 50th wedding anniversary.

In addition to him, she is survived by her two children from her marriage to Mr. Stella, Rachel and Michael Stella, and four grandchildren.

In her last decade, though suffering from advanced cancer, Ms. Rose sat at her desk and wrote a memoir, “The Girl Who Loved Artists,” which she had been circulating to publishers at her death. Her characterization of herself as a “girl” might seem coy for a woman whose body of work is marked by a formidable critical voice, but Ms. Rose was full of contradictions.

Her last published article was a review of work by Andrew Lyght, the Guyana-born artist, which appeared in The Brooklyn Rail in October. “The capacity to synthesize opposites is one of the distinctions of his entirely original style,” she wrote. That comment could have applied just as easily to her.