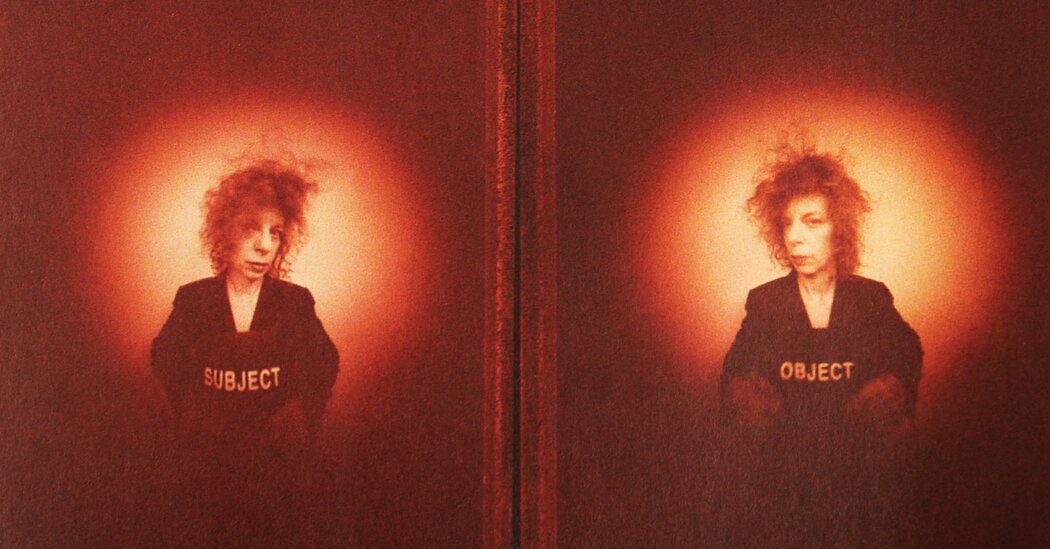 Barbara Ess, an artist and musician best known for plumbing the limits of perception with a pinhole camera, died on Thursday at her home in Elizaville, NY. She was 76.

The cause was cancer, according to Bard College, where she was an associate professor of photography.

In a varied career rooted in the downtown Manhattan art scene of the 1970s and ’80s, Ms. Ess sang and played guitar and bass in Y Pants, the Static and other “No Wave” bands — hard-charging rejoinders to the perceived commercialism of punk — and published an influential mixed-media zine. 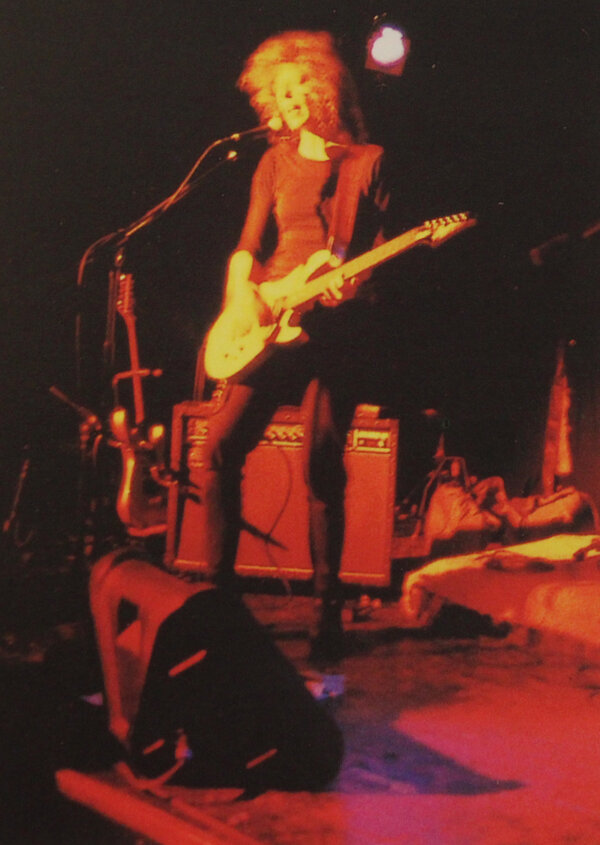 But it was in 1983 that she found her muse when she happened upon an article about pinhole cameras in The New York Times. Admitting light directly through a tiny aperture with no focus mechanism, a pinhole camera was easy for Ms. Ess to build at home. Without the distortion of a lens, its images were unusually straight and even, but because they needed long exposure times, they also tended to be blurry.

It was the perfect machine to capture the fundamental fuzziness of what Ms. Ess called, in a 1991 interview with The Los Angeles Times, “the basic issues of human life on earth — sex, death, relationships, discovering who you are, being hurt and confused.”

“I’m attracted to pinhole photography,” she added, “because my mind works better when my means are narrowed.”

Her 2001 book “I Am Not This Body,” a collection of her large-scale pinhole photographs made over two decades, ranges widely in content, from a shot of children building sand castles to a woman with a shaved head hunched thoughtfully over a half-eaten meal. There is Ms. Ess herself with a mirror, drawing a self-portrait, and there is the nearly abstract, reddish-orange glow of a picket fence at twilight. But oversaturated light and soft edges give them all a consistent tone. Like sensations that haven’t been digested yet, they’re at once ambiguous and indisputable.

Essays in the book give a sense of Ms. Ess’s rarefied position in the space where philosophical inquiry meets the cool-kid avant-garde. One, by Thurston Moore of the band Sonic Youth, recalls Ms. Ess’s enthusiastic presence in the audience when his band auditioned at CBGB’s. Another, by the Buddhist teacher Guy Armstrong, argues that we all inhabit different realities because we all perceive reality differently.

As Ms. Ess herself put it: “I don’t take pictures of the world to represent the world. For me the world is already a representation of something that can’t be photographed.”

Barbara Eileen Schwartz was born in Brooklyn on April 4, 1944. She was the eldest of three daughters of Philip George Schwartz, the owner of a small trucking company, and Sally Schwartz, an office manager and bookkeeper. Her father played piano and guitar. He had also worked as a commercial designer before World War II, and there were always art books around the house.

After a childhood that she remembered as happy — despite the occasionally fraught pictures of domestic life that appeared in her work — she attended high school in Peekskill, N.Y. She went on to graduate from the University of Michigan in Ann Arbor with a degree in literature and philosophy.

She studied briefly at the London School of Film Technique (now London Film School) but dropped out because, as she recalled in The Los Angeles Times, “I got to film school and they were teaching us how to be gaffers.”

According to her gallery, Magenta Plains in Manhattan, she adopted the name Ess — as in “S,” for Schwartz — after being mistaken for another artist named Barbara Schwartz, an abstract painter from Philadelphia.

In 1978, she met the musician Glen Branca when auditioning, unsuccessfully, for his No Wave band Theoretical Girls. The two lived together and collaborated, musically and artistically as well as personally, for more than 20 years.

Following a well-received 1985 show of pinhole photographs at Cable Gallery in New York, Ms. Ess showed widely around the world, mounting several more New York solo shows with Curt Marcus Gallery and appearing on the covers of Art in America and Artforum.

In 2017, a rippling sheet of lead that she had imprinted with the phrase “the feeling tone of sensation” was included in a group show at Magenta Plains, and in 2019, her first solo show with the gallery included images appropriated from surveillance cameras on the Texas-Mexico border. She had gained access to the cameras by signing up as a deputy sheriff.

Ms. Ess joined the photography department at Bard College in 1997. There she influenced a small but key segment of the younger art world, including the Lower East Side gallerist James Fuentes.

“In a critique or meeting about my thesis,” Mr. Fuentes recalled, “she would conjure a Sonic Youth song and start singing it.”

Ms. Ess is survived by her sisters, Janet Schwartz and Ellen Schwartz.

She continued to release music, playing in the three-woman band Ultra Vulva and participating in a project called “Radio Guitar” with her friend the video artist Peggy Ahwesh. Ms. Ahwesh remembered in an interview what she called the “slippery relationship” for Ms. Ess between the “acts of everyday life and working with art materials.”

“One time we were playing,” Ms. Ahwesh added, “and she went out to do something. I found this incredible riff with the radio. And she kind of wanders back in, and I wrote on a piece of paper, ‘Just play anything.’ She played the most beautiful, miraculous guitar.”

In other words, Ms. Ahwesh suggested, making art was a way of being in the world for Ms. Ess, not just a way of making objects. But the paradoxical effect was that possibilities for art works were all around her. Toward the end of her life, in the hospital, she became very excited about a brain scan she hoped to title and display.

The paradox wasn’t only about art, though. It was integral to the way she experienced herself.

“I am not this body,” she wrote in 2001. “But I am. Aching and full of longing. Take a picture of this meat, this husk. You don’t have me. I am something that cannot be photographed, cannot be named, defined, translated. There’s experience and that’s all there is.”