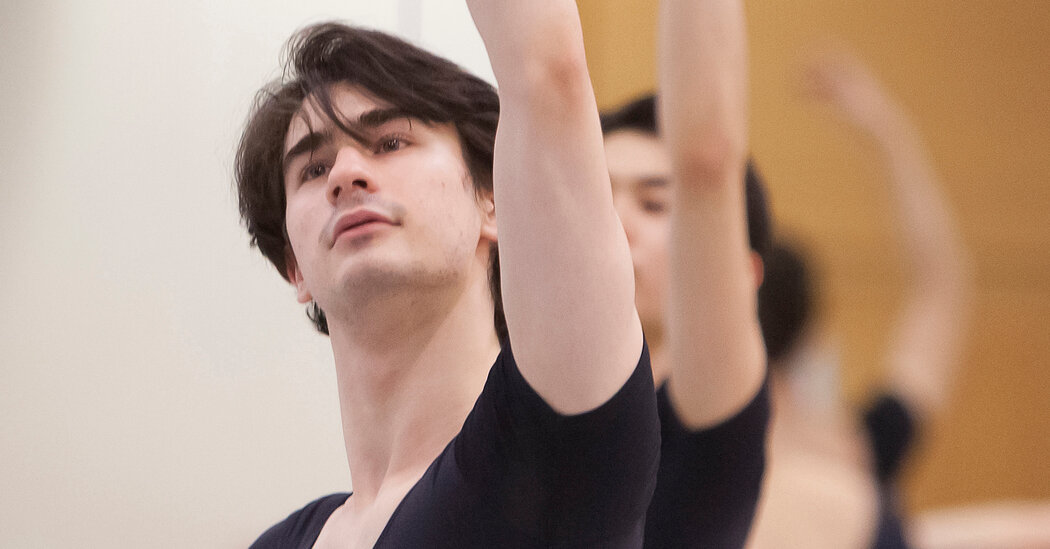 LONDON — When students at the Royal Ballet School scattered to their homes around the globe during the first British lockdown last spring, classes went virtual and, at first, proved quite tricky.

It was not just about time differences, with Chinese, Australian and Japanese students, among others, not keen to get up in the middle of the night to meet classmates on the virtual barre during the day in Europe.

Technical issues also arose as the recorded music that teachers played was out of sync. “When I would look at my screen, we’d be doing grand battement and our legs would be in different positions, and everyone was on totally different timings,” recalled Ava May Llewellyn, a 19-year-old British ballerina who has been at the school since she was 11. “And the teachers would always say: ‘Yeah, really good work. However, musicality wise, I don’t really know who is right.’”

By England’s second (October) and third (December to March 2021) lockdowns, teachers and students had reconfigured their digital settings, allowing them to work with a live accompanist, and living rooms, bedrooms, kitchens and back porches around the world had become makeshift dance studios. 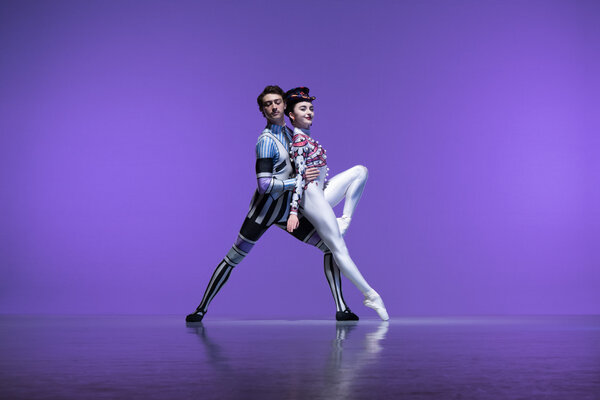 Next week, the students’ hard work during hybrid training — they returned to in-person teaching in early March — will be on display at their annual summer performance on the main stage at the Royal Opera House. On Saturday, for the first time in two years, 88 of the 210 the dancers will be able to perform before a sold-out, socially distanced audience.

This year’s showcase, eagerly awaited because the pandemic canceled last year’s, includes classical as well as contemporary works like “Elite Syncopations,” which the choreographer Kenneth MacMillan created for the Royal Ballet in 1974.

Founded 95 years ago by the dancer and choreographer Ninette de Valois, the Royal Ballet School is the official training home of both the Royal Ballet, headquartered at the Royal Opera House, and the Birmingham Royal Ballet. Over the years, both ballet companies have drawn a majority of their dancers from the school’s graduates.

In an email, Kevin O’Hare, director of the Royal Ballet, called the showcase “a fantastic opportunity to witness some of the most exciting upcoming talent in dance today,” and Caroline Miller, chief executive of the Birmingham Royal Ballet, said the school’s “excellent classical training has developed what is now celebrated globally as ‘the English style.’”

Dancers who are 11 to 16 live at the lower school, on the outskirts of London; others, 16 to 19, are at the upper school, linked by a footbridge to the Royal Opera House in Covent Garden.

Each class year has about 30 students, almost evenly divided between boys and girls. By the time of the final show on July 10 — which this year will feature only the older students — the school will have put on 32 shows in various venues around London, mostly just for parents and school supporters.

Famous graduates of the school include Margot Fonteyn, Darcey Bussell, Marianela Nuñez and Sergei Polunin. “A lot of people really aspire to go there,” said Clark Eselgroth, 18, who went home to North Carolina during the first lockdown. “I grew up watching videos of the Royal Ballet performing, so I always thought that was my dream.”

Like a number of international students during lockdown, Mr. Eselgroth was not able to be in all the same classes as his year group or to have his regular teacher. “But I had other teachers that I may not have had as much, which was really great,” he said. “The more eyes on you for different things, the more hopefully you will grow.”

Ms. Llewellyn, too, found a bright side in isolation. “I definitely learned to be driven, self-motivated and able to correct myself more,” she said about working at a small barre in her bedroom at her parents’ house in Bristol. “In the studio at school, you are doing all these exciting pieces of rep” so there might not be time to think about working on “these tiny details.”

The teachers also found some fulfillment. Ricardo Cervera said that digital instruction was “unchartered territory for everybody,” but that there were surprising benefits. Not only were students forced to go back to basics — most did not have space at home for moves like jumping and pirouettes — but they also focused more on things like Pilates and strength training.

“By the time we got back to school, we could fly and move forward much faster,” said Mr. Cervera, a former first soloist with the Royal Ballet and an alumnus of the school. “All the basics — the turnout, the placement, all of their alignment — we had so much time to work on. And actually, as a result, I saw real progress in their technique, coming back really strong and confident about themselves in their own ability.”

He added that the school might incorporate some of the digital learning as a tool for reinforcing the basics of ballet.

While all the dancers were eager to get back into the studio, the school’s health care team stepped up to assess, with the teachers, how to ease the dancers back in without injuries and care for their mental health as well.

“It was a bit of a shock to begin with,” Ms. Llewelyn said of returning, “but you know, it does come back quickly.”

Mr. Eselgroth, who will be joining the youth company of the Finnish National Ballet in the autumn, said he had butterflies when the students recently started costume rehearsals for the showcase. “It was like, ‘Wow, this is why I do this,’” he said, “and this is such a source of happiness for all of us.”