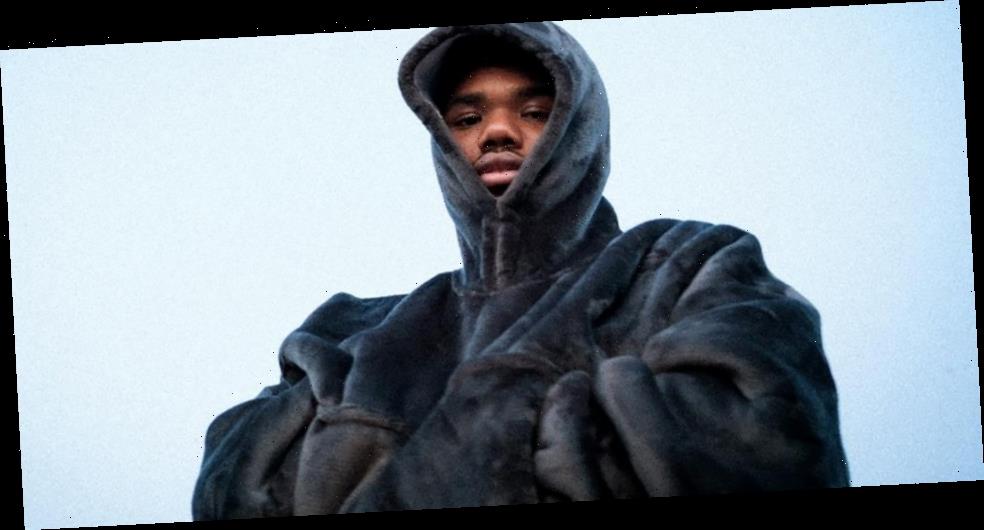 Having been absent from musical releases since September 2020 when he dropped his “hooligans” and the “sons & critics freestyle”, Baby Keem returned with new material in early March 2021 with the release of his latest track “no sense”. And 19 days removed from the launch the Las Vegas-born artist has now unveiled its accompanying music video.

The sonic offering already has a rather dark and eerie theme to it, and Keem and his team do an exceptional job here by visually articulating the emotions of struggle that are strung along even when success comes.

This Inception-esque clip that was directed by Savannah Setten opens up with Keem appearing to be in a rather reflective state of mind as he blankly stares out into the world through a window of a multi-story building while a time lapse of the crowds down below roll through. During the middle portion of the video, he stands by and watches a group of women repeatedly play games of dominoes. The cinematic experience later proceeds to show him walking into a garage with a disheveled and confused look, purloins a random car and drives it off the edge of the parking lot which leads to the video ending right as he clashes with the ground floor.

When speaking on the theme of the piece, Keem simply states, “Shit make me feel blue.”

Elsewhere in the world of music, HYPEBEAST recently rounded up 13 new artists that you should be listening to this year.
Source: Read Full Article