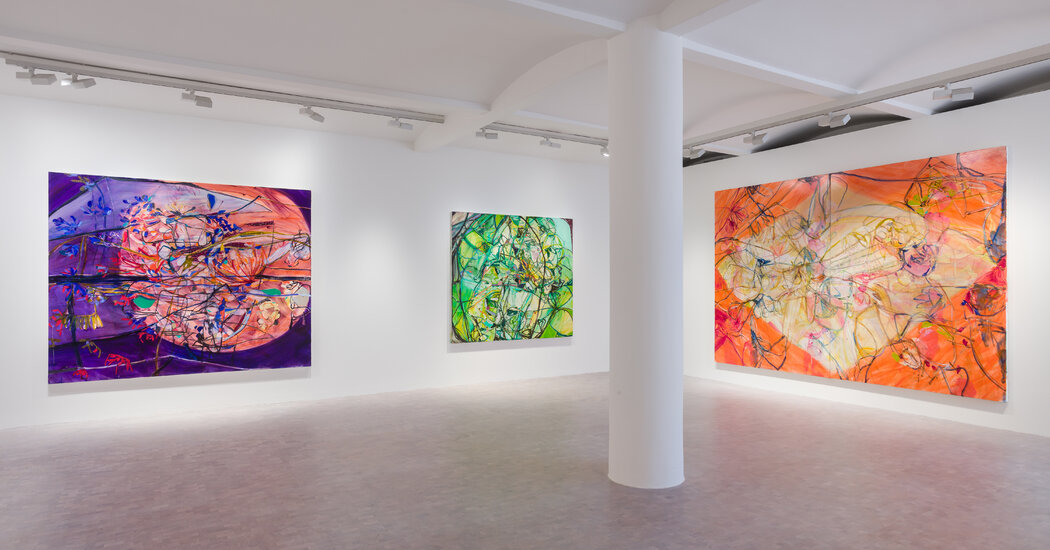 LONDON — In the same way that Voltaire described the Holy Roman Empire as “neither holy, nor Roman, nor an empire,” this year’s Frieze Week here didn’t really live up to its title.

For starters, Frieze London, Britain’s most important contemporary art fair, and its sister event, Frieze Masters, were canceled because of the pandemic and converted into mainly online offerings.

Then, what did take place wasn’t the usual event-packed week. There were no gala evening auctions, no groundbreaking exhibition at Tate Modern, no must-be-seen-at parties or dinners.

Coronavirus restrictions make it impracticable to hold large-scale destination art events, particularly after reports in the German news media of infections at last month’s Gallery Weekend Berlin. The event’s director, Maike Cruse, said on Wednesday that there had been “fewer than five confirmed cases” and that they had stemmed from dinners outside the event’s official framework. All of which helped ensure that there were few international visitors at what was left of Frieze Week.

Yet there was still plenty to see — at least for those who had booked online. The 1:54 Contemporary African Art Fair went ahead, albeit scaled down. And although they might not have been staffing the usual Frieze booths in tents in Regent’s Park, London’s contemporary art dealers mounted an impressive array of selling shows in their galleries.

Works by female and Black artists predominated in these spaces, reflecting the current desire of both public museums and private collectors to diversify what they display. 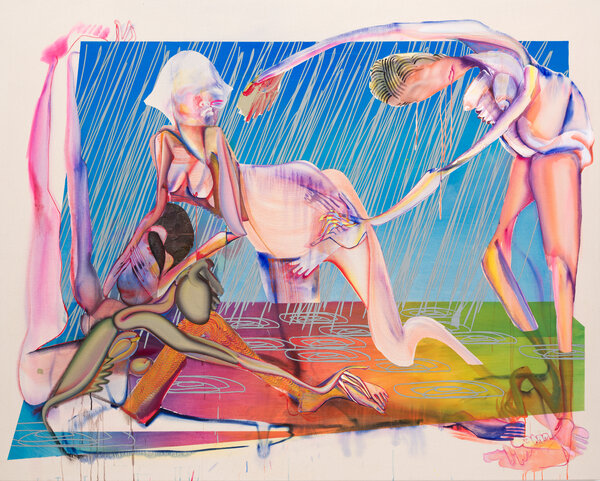 Pilar Corrias, a gallery with a reputation for representing of-the-moment female artists, is showing nine large canvases painted during a pandemic lockdown by the Los Angeles-based artist Christina Quarles, who identifies as a queer woman. Born to a Black father and a white mother, Ms. Quarles makes multilayered, deeply ambiguous paintings that are equally admired by museum curators and market speculators. In July, one of her 2017 paintings sold at auction for $400,000, quadrupling the pre-sale estimate.

Ms. Corrias, the gallery’s director, could sell all of these new paintings several times over, but said in an interview that she was negotiating to place half of them in public museums and half in private collections that she is confident will not sell them on to turn a profit. Ms. Quarles’s latest paintings were priced from $90,000 to $200,000, the gallerist said.

Art dealers representing in-demand names face the continuing challenge of selling works to buyers who will enhance the artist’s reputation rather than the bank balance of a “flipper,” who quickly brings the work to auction to make a fast buck.

Thomas Dane, a leading London gallerist who represents the award-winning artist and filmmaker Steve McQueen, said that many buyers were “interested in money itself” and that their speculative activity destabilized the market.

The dealer’s two spaces in St. James’s are hosting a show of new paintings and sculptures by the Brooklyn-based artist Dana Schutz. Mr. Dane said he hoped to sell at least some of the enigmatically allegorical pieces to prestigious European institutions. Auction prices for Ms. Schutz’s work have risen spectacularly since the furor surrounding the inclusion of her painting “Open Casket” in the 2017 Whitney Biennial in New York, soaring to a record $2.4 million last year.

“There’s something extremely contemporary about her practice,” Mr. Dane said. “She’s looking at society and showing it back at us.” New paintings at Ms. Schutz’s inaugural show in London cost up to $600,000.

There was no shortage of takers for the sumptuously colorful abstracts painted by Jadé Fadojutimi, a young Black British artist of Nigerian descent who is scheduled to be the subject of a solo show next year at the Institute of Contemporary Art in Miami.

The Mayfair dealer Pippy Houldsworth was showing 12 new canvases by Ms. Fadojutimi, whose works have yet to appear at auction. The Walker Art Center in Minneapolis and the Studio Museum in Harlem are among the five American institutions to have acquired paintings, which are priced from 20,000 to 45,000 pounds (about $26,000 to $58,500).

“Many museums want to acquire this kind of work,” said Marta Gnyp, a Berlin-based art adviser, who added that she felt like “an endangered species” as a foreign visitor in London this week.

Ms. Gnyp said there was competition between collectors and museum for works by emerging artists such as Ms. Fadojutimi. “The interest of museums adds to the hype,” she said.

Buyers for works by Black contemporary artists had plenty of choice during the week. There was Meleko Mokgosi at Gagosian, Rashid Johnson at Hauser & Wirth, Denzil Forrester at Stephen Friedman and a group show at the Instagram-savvy Unit dealership. There was also a wealth of African material at the 1:54 fair.

But for dealers who have supported Black artists for years, the market’s newfound enthusiasm for this long-marginalized group was in need of some qualification. “I do worry about where this is leading to and what will be enduring,” said Jo Stella-Sawicka, the director of the London branch of the Goodman Gallery. “There is a need for criticality.”

The Goodman Gallery was founded in 1966 as a pioneering nondiscriminatory art space in Apartheid-era Johannesburg by Linda Givon, who died on Monday. The continuing seriousness of the dealership’s program was in evidence at a group show in its Cork Street gallery, which included “biko cabral (time/place),” an ingenious 2020 mixed media work by the Zambian artist Nolan Oswald Dennis. Consisting of a wall-mounted printing machine spouting an imaginary conversation between political activists, it was still available at $9,000 on Friday.

Yet Black portraiture is a far more commercial commodity. The recent frenzy of demand for works by the young Ghanaian artist Amoako Boafo, culminating in February in the extraordinary auction price of $880,000, is an extreme manifestation of the current collecting fashion.

Nearly all of the 30 exhibitors at the 1:54 fair, which previewed to V.I.P.s on Thursday, showed African portraiture in some form. Gallery 1957, from Ghana, which plans to open a London space this month, displayed eight duct-tape-on-cork-board portraits by Serge Attukwei Clottey. Visually and technically distinctive, all were sold at the preview, priced at about $11,000 each.

According to the gallery’s founder, Marwan Zakhem, at least two of them were bought by African-American collectors. “Why would they want to buy white portraits?” he said. “They haven’t seen the works. They’re happy to buy from PDFs.”

At an altogether different price level, collectors were also happy to buy from Frieze London and Frieze Masters’ online viewing rooms. On Wednesday, the mega-gallery Hauser & Wirth said it had taken in more than $15 million in sales, including $3.5 million and $850,000 respectively for works by the African-American artists Mark Bradford and Rashid Johnson.