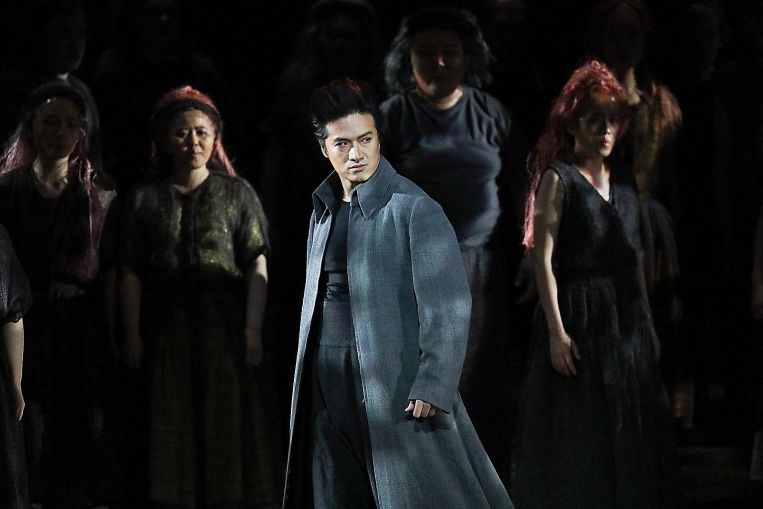 Opera fans should mark the date. Baritone Zhou Zhengzhong, who sang the role of Marcello in the Singapore Symphony Orchestra’s staging of La Boheme last year, returns for a solo recital on Thursday.

The rising opera star, praised by conductor Antonio Pappano for his exquisite tonality and perfect cantabile, will present a programme ranging from operatic arias to art songs to folk tunes.

It is easy to overlook this small but thoughtfully curated show at the National Museum. Tucked into a gallery on the ground floor, it is an eye-opening look at the history of food production in Singapore.

There are artefacts that will give visitors from a certain demographic flashbacks to their childhood: an F&N tin tray graced by the alluring face of actress Maria Menado, star of 1950s and 1960s Malay movies; retro posters and calendars touting Ayam brand sardines and Magnolia drinks; a collectible kamcheng (Peranakan pot) from Amoy Canning.

Schedule time to watch the astonishing black-and-white silent film clip which captured the process of producing canned sliced pineapples in Singapore. It starts with labourers harvesting the fruit, moves to Chinese workers (their hairstyle in the classic queue fashion of the early 20th century) cutting and packing tins, and ends with a European woman daintily unpacking slices onto a china plate for consumption. Kids will love the interactive element in the family corner, where they can spin blocks to match food items with their commonly used packaging then and now. There is even a sustainability lesson worked into the show.

WHERE: National Museum of Singapore, 93 Stamford Road WHEN: Till Sept 15, 10am to 7pm daily MRT: Dhoby Ghaut/Bras Basah ADMISSION: Free for Singapore citizens and permanent residents, $15 for foreigners INFO: www.nationalmuseum.sg Most museums in Singapore are downright cavalier with their captions. But this show at the Lee Kong Chian Natural History Museum offers an embarrassment of riches. In fact, I dare say, the avalanche of text could do with a bit of trimming.

This show, which presents 200 moments in Singapore’s natural history, includes rich pickings for both natural history buffs and trivia junkies. Learn, for instance, that first British resident William Farquhar’s dog got eaten by a crocodile and that in retaliation, he ordered the crocodile speared and strung up, presumably as a warning to other crocodiles to not eat any more pets.

While Singapore is not usually known for its wildlife, it has played host to some interesting creatures as well as famous naturalists such as Alfred Russel Wallace, who came up with the theory of evolution independent of Charles Darwin.

That there are enough moments to fill 200 captions to overflowing is a real education to this city slicker. Just make sure you allot enough time to do a lot of reading.